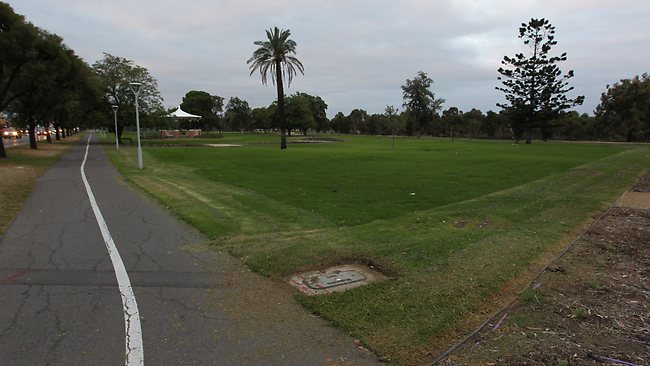 A DEFINITIVE study of who uses the Adelaide parklands could lead to increased areas of the green belt being set aside for licensed venues or more playgrounds to pop up to lure families to the city’s backyard.

The Sunday Mail can reveal that for the first time Adelaide City Council is looking to quantify how and when people use the parklands to better target investment and leverage increased funding.

Although the Adelaide council has a grasp of those who use the parklands for formal events – such as concerts, the Adelaide Fringe and organised sport – it has been unable to truly quantify who uses the green space to walk the dog, have a picnic or throw a frisbee.

The size of the parklands – 760ha comprising about 40 separate parks and 350 formal entry points – makes the research a formidable challenge.

The council is considering ways to quantify how and when people use the area, including:

USING mobile phone GPS technology to locate when and where people are using the parklands;

AUTOMATIC counters on playground gates and along cycle paths, and;

MANUAL counts and interviews of park users as well as phone and online surveys.

Lord Mayor Stephen Yarwood, who is presiding member of the council’s Adelaide Park Lands Authority, said the research was needed to plan for the green belt’s future.

“It is fair to say there’s been regular criticism levelled at the parklands, at its lack of use,” Mr Yarwood said. “Rather than anecdotal evidence, we’d like to have hard facts. Good data makes for good decisions.

“I think things like cafes with liquor licences would be good so you could grab a glass of wine and a bite to eat.”

More and better playgrounds were vital to lure more families to live in the city, he said.

He said quantifying the parklands’ use would help the council to argue for greater contributions from the state and federal governments, and possibly from neighbouring councils and even the private sector.

The council already knows more than 7 million visitors go to the parklands each year for “formal” uses such as festivals and concerts (2.3 million), organised sport (1.5 million) and visiting the Botanic Garden and Botanic Park (1.5 million).

But the habits of potentially millions more casual users – such as walkers and joggers and users of playgrounds, the dog park, the skate park and BMX track – remain a mystery.

In 2008-09, New York City authorities used 75 staff and 275 volunteers to survey Central Park users, covering all 50 entry points to the 340ha park. The result was an extensive report on the 38 million visits made each year by up to 9 million people. The British government began a long-term study in 2009 into the use of urban parks, with 45,000 face-to-face interviews.

UniSA senior lecturer in urban and regional planning, Dr Matthew Rofe, urged the council to concentrate on qualitative research through interviews and surveys, to find out why and how people use the parklands.

He said battling unwarranted perceptions of the south and west parklands as crime and homelessness hotspots was also needed to attract more visitors.

The council is spending $22 million on the parklands this financial year, about half for basic maintenance and half for projects such as the ongoing upgrade of Victoria Park.

Property Council SA executive director Nathan Paine said the State Government and inner suburban councils needed to contribute more funding to the parklands, in return for a bigger say in their management.

He said more tourism and leisure infrastructure was needed, such as kiosks, cafes, toilets and permanent stages for outdoor festivals.