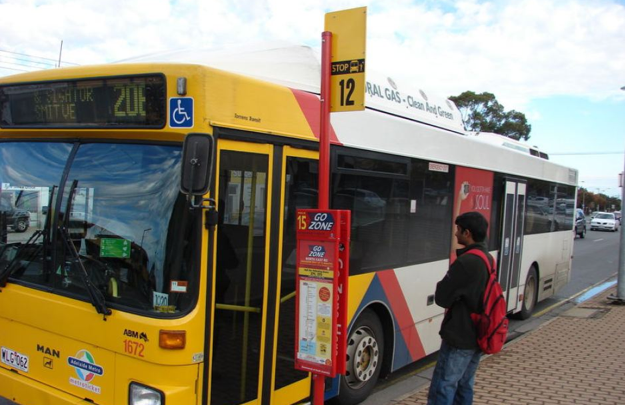 Bus drivers vote to strike for four hours on Sunday

Adelaide bus drivers are planning to hold a four-hour strike on Sunday as a stand-off over security and pay continues.

The Transport Workers Union says drivers will walk off the job between 10:00am and 2:00pm after negotiations with SouthLink and Transfield Services failed to reach a resolution.

The drivers want increased security on the bus network and a 5 per cent pay rise but the companies are offering just over half that amount.

The action affects routes in the city’s north, north-east, south and the hills.

Drivers will also not collect fares or enforce ticket validation from tomorrow.

“Our drivers have been assaulted, spat at, attacked, abused, all the horrible things that have been going on simply for asking to validate tickets,” he said.

He says drivers are preparing for further strikes if the companies do not change their stance.

The union has previously claimed tomorrow’s action could cost bus companies $100,000 per day in lost fares.

Lino Di Lernia from the Transport Department says commuters should buy tickets before they board buses and are still legally required to pay.

“It’s not free. The Passenger Transport Act puts a legal liability on people to pay and if they don’t pay they could have quite heavy fines,” he said.

“People are legally and morally obliged to pay. 85 per cent of our customers use a Metrocard so we’d expect those people to be validating.”

The Government has previously said it cannot intervene because the dispute is between the contractors and their drivers, and not with them.

Opposition Transport spokeswoman says the Government does have the power mediate a solution.

“This situation’s getting to a critical stage,” she said.

“They’ve got to sit down and deal with this issue with the parties concerned, namely the contractors and the bus drivers.”