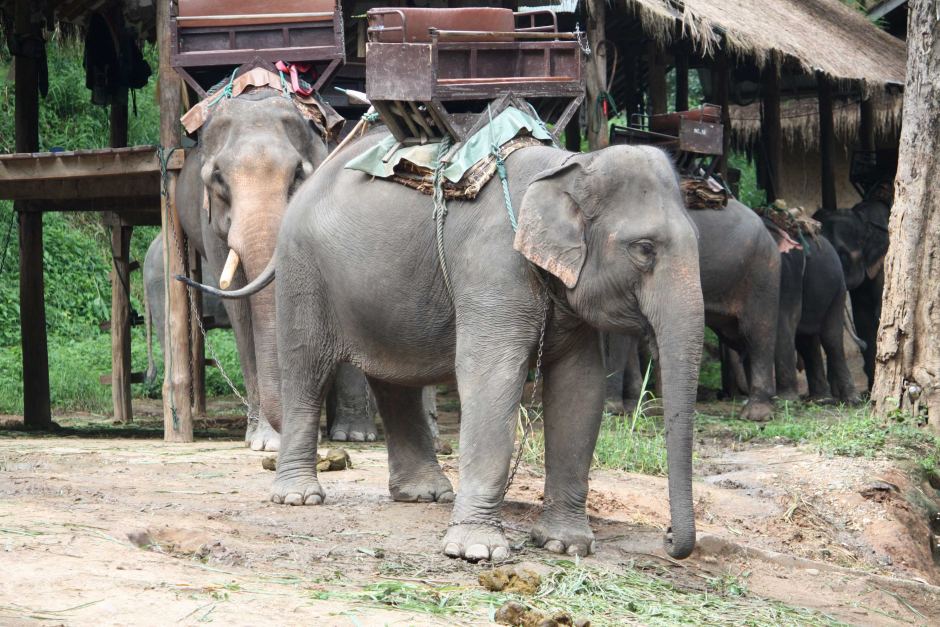 Getting a photo with a tiger or riding through the Thai jungle atop a majestic elephant have become well-worn tourist tropes in Thailand.

But animal rights groups are calling for such practices to end, saying travellers are not aware of the cruelty these wild animals face in order to service the tourist trade.

We are confident that people, once they understand the suffering, they will make the right choices

“The problem is, no wild animal would voluntarily accept a human riding it or making it perform for entertainment,” he said.

“It comes as a surprise to most travellers when faced with what goes on.”

The Thailand-based elephant expert said wild animals in captivity are trained by breaking their spirit in a process known as “the crush”.

The animals are chained up in tiny spaces, deprived of food and water and beaten until they learn to submit.

He said training can be particularly tough for elephants because they are large and powerful.

“For the security and safety of people around the elephants the training has to be very cruel to make sure the elephant really listens and obeys all the commands,” he said.

“It all boils down to inflicting pain and stress on the animal, restraining it massively, and in between rewarding the animal by human hand so the animal realises that he can’t do anything without a human helping it.”

Photo: An elephant performs tricks for tourists. Elephants are often ‘broken in’ by being kept in confined spaces and beaten. (World Animal Protection )

Dr Schmidt-Burbach said a 2010 survey found there were 1,600 elephants in 100 elephant camps in Thailand alone, along with 600 tigers and 300 macaques.

One of the difficult things, he said, is that many of the people who go to see these animals consider themselves animal lovers.

In a World Animal Protection survey of why tourists visit wildlife entertainment spots, 48 per cent said they did so because they love animals.

“We are confident that people, once they understand the suffering, they will make the right choices,” he said.

“If you love wild animals and want to see them, it’s best to see them in their natural habitat, through a responsible tour organiser.”

He said he is concerned the ever-increasing number of tourists is also fuelling demand.

“We know that when people go on holiday, they love to interact with wild animals,” she said.

“But sadly a whole industry has grown up around that to exploit it.

“We want to make sure that people are equipped with the knowledge about what goes on behind the scenes and they know the questions to ask and then decide whether or not to participate.”