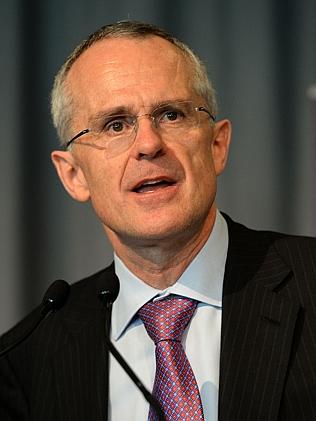 TTN: ACCC Chairman Rod Sims has announced he wants to end the secret process that major institutions, like airlines, use to signal each other through the media. So far, only banks are banned from announcing things like interest rates so the groups can’t effectively price-fix; now airlines’ capacity and prices will have to remain confidential for the same reason.

Such a law already exists – but only applies to banks. Top competition cop Rod Sims wants it cover the whole economy. The trigger for his call has been recent remarks by Qantas and Virgin Australia which Mr Sims believes could be construed as “price signalling”.

In a speech to be delivered in Sydney today, Mr Sims will call for a debate about expanding price signalling prohibitions as part of an upcoming major review of competition policy.

“Recent statements regarding airline capacity shows why these laws need to be extended to all sectors of the economy,” the Australian Competition and Consumer Commission chairman’s speech notes say. “With only two players in the market, it is not healthy to have the sort of public signalling that we have seen recently.

“A cosy duopoly can lead to reduced competition and higher prices for consumers.”

In February, Qantas CEO Alan Joyce said it would increase capacity by 3 to 4 per cent – and that Virgin had added 5 per cent “mainly driven by Tiger”. Virgin controls Tiger, holding a 60 per cent stake.

Virgin boss John Borghetti responded by saying he would no longer announce a capacity target because it would only cause Qantas to set one twice as large.

The Australian aviation sector is in the red for the first time in more than 20 years.

It is surprising that Mr Sims has called for the competition policy review to include an expansion of price signalling prohibitions because he had said he wouldn’t make any comment about what the review should and should not cover until it was set up.

It was the previous Labor government that first applied price signalling to banks based on a view that they were using public statements on funding pressures as a heads-up to each other about plans for interest-rate settings.

While still in government Labor raised the possibility of extending price signalling to petrol and grocery retailing. But it didn’t happen.

Airlines are already in the ACCC’s crosshairs over supersized credit card surcharges and “drip pricing”, where would-be customers are baited with a low fare in the first stage of booking only to bombarded with a multitude of additional fees, charges and costs as they progress towards payment.

Mr Sims will be speaking at the National Consumer Congress. Federal Small Business Minister Bruce Billson – who is responsible for competition and consumer matters in the Abbott government – is also addressing the congress.