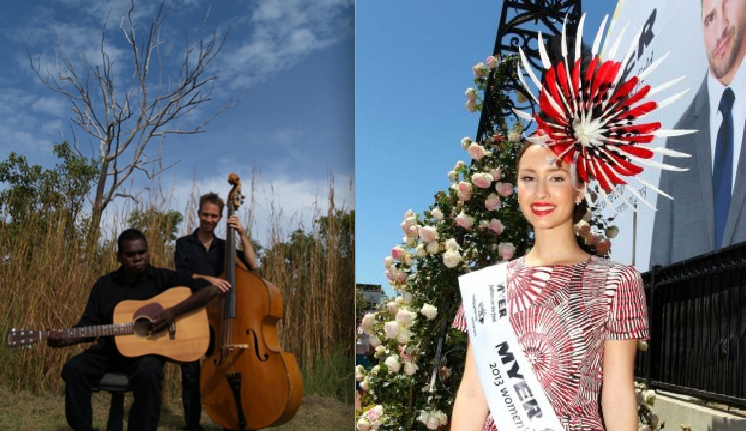 A Top End arts centre whose fabrics have recently been recognised at the Melbourne Cup’s prestigious fashion competition is facing closure.

Merrepen Arts Centre hit the national headlines when Darwin model Chloe Moo won Fashions on the Field at the Melbourne Cup earlier this month in a dress made from fabric designed by one of the centre’s Indigenous artists.

Yesterday, two of the Northern Territory’s federal representatives, Senator Nova Peris and the Member for Solomon Natasha Griggs, wore outfits made from Merrepen fabrics to the opening of parliament.

But Merrepen Art Centre director Lizz Bott says it has been advised it is about to lose Federal Government funding, which could threaten its future.

She says the centre was advised by email yesterday that it will lose $325,000 in operational funding over three years that it relies on to stay open.

“We were so proud to see Natasha Griggs sitting behind the Prime Minister in a crocodile skin design by Aaron [McTaggart],” she said.

“For Nova Peris … to be wearing one of our designs, we were just over the moon.

“And then late yesterday to receive that email; it is just devastating, it really is.”

Ms Bott says she will contact both Senator Peris and Mrs Griggs to ask for their help in lobbying to have the funding restored.

Ms Moo says the contribution made by the centre to the fashion scene has done the Territory proud.

“It is obviously really disappointing for them,” she said.

“I think it was a really progressive and positive project.

“It is disappointing, given the coverage profile they were given during the Melbourne Cup season.”

The Merrepen Arts Centre at the community of Nauiyu, about 220 kilometres south-west of Darwin, has been running for 25 years.