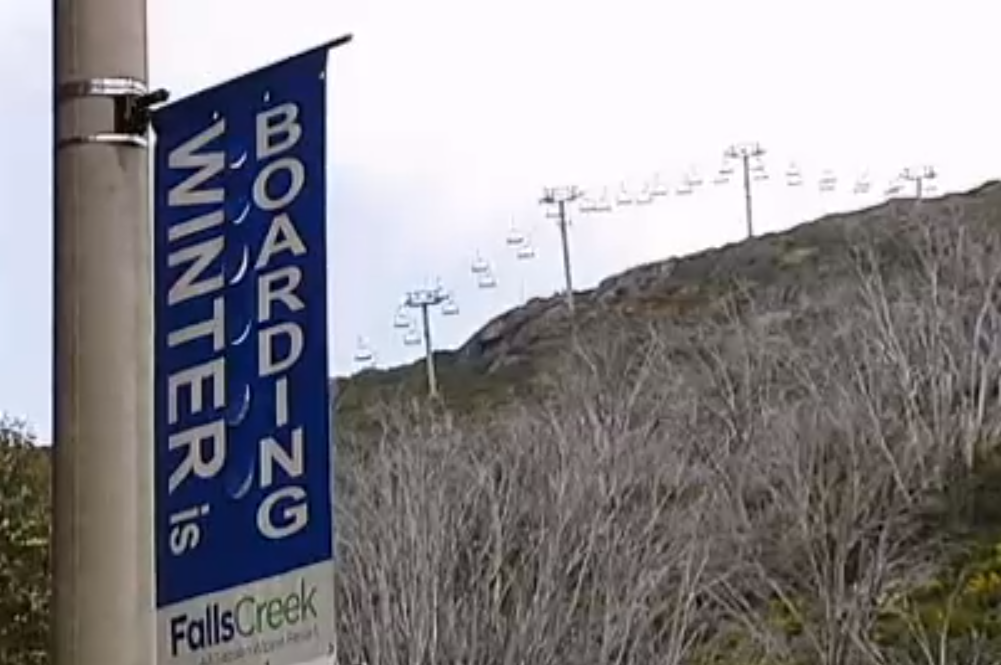 Transcribed by The Tourism News

Ticky Fullerton: We’re less than two weeks out from the start of the ski season, and the nation’s alpine resorts are green, not white. That’s causing some nervous moments for the operators of Australia’s $1.5b-a-year ski industry, and perhaps none moreso than Perisher, which has just has a $4m facelift. Neal Woolrich reports.

Neil Woolrich: It’s beach weather in Autumn, but plenty of unseasonal sun is bad news for the nation’s skifield operators.

As (skifield cameras) show there’s not a drop of snow at Australia’s major resorts just two weeks out from the official opening of the ski season, thanks to record temperatures and a looming ‘el niño’ weather pattern.

Vanessa O’Hanlon, ABC Weather: (Tourism operators) had a good start to May, there was quite a bit of… snow earlier in May, but unfortunately we haven’t seen anything since, an indication of el niño is that we won’t see a lot of snow on the skifields.

NW: Whilst weather in May is rarely an indicator of the rest of the ski season, the Snow Watch long-range forcast is predicting the slopes could stay bare until a few days after the official opening on the Queen’s Birthday long weekend. That will mean a subdued start for Australia’s resorts, which turnover $1.5 billion dollars and employ 15000 people in winter.

(And) it’s a blow for Perisher in particular, which has just undergone a $4m re-vamp.

Caroline Fitch, Senior Analyst at IBISWorld (market research): “A warm lead-in doesn’t help them at all. And they are competing with overseas options like Japan or New Zealand, where the snowfall is much more assured (because) they’re just better placed geographically, higher mountains, colder climates, better snow.”

NW: The autumn warm spell is also a concern for retailers who’ve lined their stores with winter stock whilst the sun beams down on shoppers outside.

Caroline Fitch: What we’ve seen in previous periods of warmer weather – so last year was also unseasonably warm – is that discounting was eventually brought forward just because product wasn’t moving.

Ian Schafer, Manager, Pinnacle Outdoors: It’s swings and roundabouts. The sales of warm clothing has slowed down a bit, but the warmer weather has brought people out (into shopping areas) and they’ve opened up their wallets, and are happy to buy.

Ian Schafer: It’s down a little bit, but I put that down more to the negative feeling in the media… particularly post-budget.

NW: Perisher has spent $22m over 8 years on snow machines, but there’s only so much snow that money can buy, so Caroline Fitch says Australia’s resorts are branching out into new avenues to replace the income that might go missing over winter.

Caroline Fitch: We’re seeing a push in Alpine tourism, of a branding of the Alpine experience, say, bushwalking in summer, things like that to try and increase the percentage of the year that they’re drawing in visitors and making revenue.”

NW: But summer tourism is nothing compared to what a good dump of snow would bring – something that’s not even on the horizon at the moment.