A coalition of MPs leading the charge on penalties 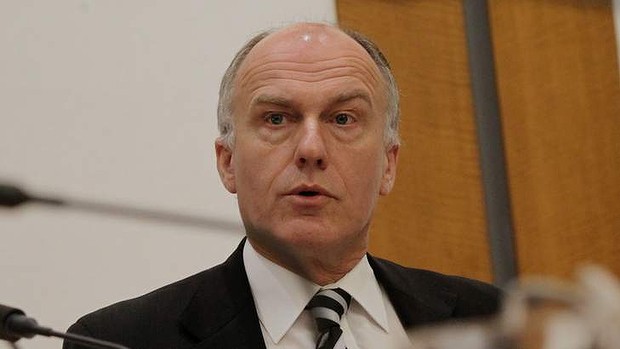 PHOTO: Minister for Employment Eric Abetz. Abetz is a Tasmanian Senator. Tasmania is frequently held up as an example of a region that struggles to manage a balance between industry (forestry) and their tourism industry.

The Tourism News does not support the headline put on the below article by The Sydney Morning Herald.

TTN: The group of coalition MPs who spoke to Fairfax media in support of reducing penalty rates have been described as members “who represent electorates with large numbers of tourism and hospitality businesses”. Their electorates are notated next to their names below;

Tony Abbott is under pressure from his backbench to do something about ”job killing” weekend and holiday penalty rates, with 10 Coalition MPs telling Fairfax Media the controversial issue could not be ignored.

But the cabinet, which in private still talks bitterly about the damage caused by the Howard government’s WorkChoices policy, is determined to keep its pre-election promise not to touch penalty rates in its first term.

Hoping to placate fears that he wanted the Productivity Commission to review penalties – following a report by Fairfax Media on a leaked government document – Employment Minister Eric Abetz said the Coalition had no immediate plans.

”I can confirm that in absolutely no iteration of the terms of reference has the issue of penalty rates or union militancy been mentioned,” Mr Abetz said.

But the Employment Minister went on to concede that the terms of reference for the Productivity Commission’s review of workplace laws were deliberately broad enough to cover ”a full and thorough analysis of all aspects of the Fair Work Act”. And the draft terms of reference explicitly mention ”pay and conditions” and ”industrial conflict” – which is widely understood to include penalty rates and union militancy.

But by leaving penalty rates for the independent umpire – who may decide to leave current rates in place – Mr Abetz and Mr Abbott could face a protest from their backbench MPs.

Several Liberal MPs, particularly those who represent electorates with large numbers of tourism and hospitality businesses, believe small businesses need to be ”liberated” from having to pay higher weekend and holiday rates, which can lead to businesses deciding not to open on certain days or to employ fewer staff.

But even the most passionate supporters for a review among Coalition MPs acknowledged that the government needed to proceed cautiously on industrial relations reform, to avoid a WorkChoices-style situation.

”If we want to change the public mindset, we can’t do that ourselves, we need the business community to make its case,” said Mr Christensen, Nationals MP for Dawson in North Queensland.

Labor and the ACTU were highly critical of the leaked Coalition document, saying the Abbott government wanted to smuggle through insidious workplace reforms.