67-yo driver beaten before safety audit 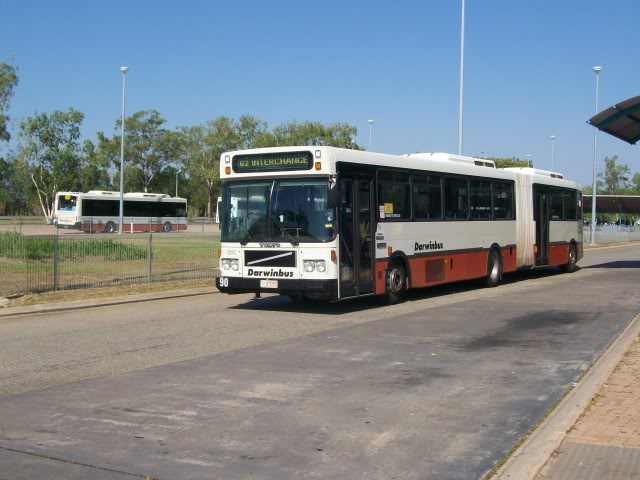 THE Territory Government has finally released the findings of its bus safety audit – shortly after the latest violent assault of a bus driver.

The NT News can reveal the review into the safety and ­security on Darwin bus interchanges recommends a number of improvements including implementing permanent security officers at Casuarina and other interchanges, limiting wi-fi access to 10 minutes to discourage loitering, implementing GPS tracking of buses and installing “duress” buttons on all vehicles.

Other recommendations included a review into charging students for buses after school hours and improving training for drivers and other staff on aggressive and violent behaviour through “verbal judo”.

Transport Minister Peter Styles said the Government had agreed to implement all 25 recommendations.

“We’re putting these in place because they make sense,” he said.

“Sadly there will always be incidents. The Government’s role is to minimise the risk of the travelling public.”

Mr Styles and the Government came under heavy criticism for not delivering the recommendations sooner after the recent spate of violence at bus interchanges.

“You can’t do kneejerk reactions,” Mr Styles said. “I said last week I would get this through cabinet as soon as I can and … the recommendations have been signed off on today.

“Violent offenders will be held to account for their ­actions against bus drivers and anyone else in the frontline.”

The release of the safety audit comes following an ­alleged vicious attack on a 67-year-old bus driver on Applegum Drive in Karama yesterday. The driver was reportedly trying to get a passenger off the bus for swearing when he sustained facial injuries including a possible broken nose. The driver was taken to hospital. The suspect, a man, 32, is in custody facing a ­number of charges.

The latest attack follows several incidents on the ­Darwin bus services this year.

TTN: When we checked if there was an update on the NT bus driver’s safety, news results for ‘NT driver broken nose’ revealed that violent assaults on public servant bus drivers are endemic around Australia in 2014. 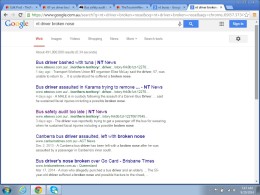