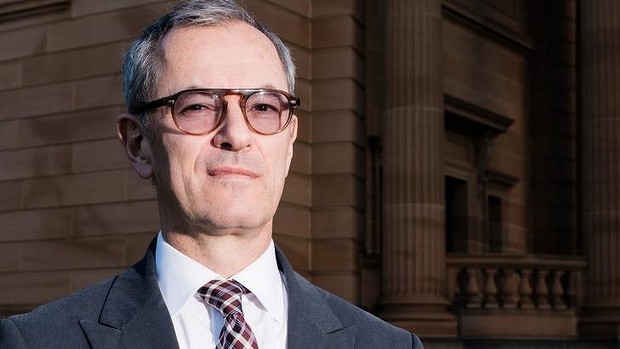 Michael Brand, director of the Art Gallery of NSW.

Crisis deepens at Art Gallery of NSW as volunteers ‘sacked’

The Art Gallery of NSW has lurched further into crisis after the “sacking” of volunteers from front-desk positions.

The decision to replace the gallery’s team of volunteers with casual ticket sellers follows the redundancies last month of three senior staff, and raises questions about the management of the institution.

The union representing gallery staff claims a climate of fear has descended upon the institution.

Wendy Whiteley has suggested long-term staff may have been targeted for removal. Photo: Dallas Kilponen

Wendy Whiteley suggested long-term staff associated with the previous gallery director Edmund Capon may have been targeted for removal.

“There seems to be some deliberate idea that they’re kind of shaking out the rug,” she said.

“Discarding an unpaid workforce when dollars are being begged for extensions is not a good look,” she said. “Nor is it a good idea to alienate a 200-odd body of people who may have influence and indeed some dollars they may now withhold.”

She said the volunteers were told it was too difficult to train them for the new role.

“There is now some mention of customer surveys being part of the ticket selling,” she said. “Great way to piss off your public.”

The plan to replace the AGNSW volunteer task force of mainly elderly and retired men and women with casual ticket sellers was announced earlier this month.

“Every single member of the Task Force was surprised and considerably upset,” Kenny said. “And still is, partly for the social aspect of the Task Force but to an equal extent because we know that our practical role is performed speedily, efficiently and with courtesy.”

About half of the gallery’s volunteers are rostered to sell tickets, filling two shifts a day for 363 days of the year.

Kenny said the team of volunteers felt undervalued by the gallery’s present management team led by director Michael Brand, who is paid $445,000 a year.

Kenny said the mood at the gallery was black: “I could name people who are particularly upset but they are permanent staff and it’s not up to me to jeopardise their positions.”

Peter Whawell has been a volunteer at the gallery for 10 years, working both in ticket sales and processing donated books as the gallery’s ‘society librarian’, a role he will continue in.

He says he was “gutted” when told the volunteers would be moved from ticket-selling roles. No slouch on a computer – he runs his own secondhand book-dealing business online – Whawell says volunteers were not given the opportunity to try to upskill for the new system.

“We weren’t given the chance to see if we had the skills needed to continue.”

Whawell, 70, says he wrote to deputy director Anne Flanagan last Monday to express his concerns about not being given a chance, but has yet to receive a response.

With a history in retail – he was a buyer for Selfridges in London, Bloomingdale’s in New York, and ran his own bed and breakfast in Palm Springs before retiring – Whawell says volunteers in the Task Force “weren’t treated with respect for the people skills we bring, and the fact that many times when we deal with people buying a ticket they’re very impressed with the fact that we’re volunteers. It was very badly handled.”

The gallery’s deputy director, Anne Flanagan, defended the decision and said the contribution of volunteers was valued enormously.

“They certainly are appreciated and that’s the key to why we have such a volunteer force in the gallery.”

Flanagan said the gallery was seeking to “evolve” the role of volunteers to assist in other areas.

“They are part of the DNA of our institution and always have been,” she said.

The coordinator of the taskforce, Sue Dadswell, said the decision to change what volunteers do at the gallery had not been communicated “terribly well”.

But she had been assured by management that the volunteer taskforce was highly regarded and would continue to be a part of the gallery’s operations.

“I think possibly the manner of communication and the suddenness [of the decision],” she said. “We’ve been doing it for 30 years and suddenly overnight people think we’re not doing it any more.”

Still, the move appears to have furthered poisoned attitudes towards the gallery’s new management.

“Yes I was in a state of shock, now simmered back to perplexity and sadness.”

Pearce said the gallery had been damaged and was no longer the institution he had once known and loved.

“Nobody, nobody should be treated like this, least of all three people of such competence, goodwill and aptitude for the public role that is core purpose for the gallery,” he said.

“Where is the travesty that warrants such draconian dismissals? It is so damaging, as much for the Gallery as those three. I don’t understand the cold-heartedness.

“This is not the Gallery, at least on the surface, I once knew and loved.”

The Public Service Association, which represents gallery staff, said no genuine consultation had taken place before the latest round of redundancies.

“Shock redundancies create a climate of fear,” said the PSA’s director of industrial Andrew Holland. “This is exacerbated by a lack of staff engagement and consultation.”

Holland said staff were demoralised, particularly after a large group of gallery officers were replaced by contractors from a private security firm in 2013.

“Many staff at the gallery believe that the reason for contracting out these roles was to get rid of problem employees who might voice concerns to management,” he said. “This has contributed to low staff morale and a climate of fear.

“It is difficult for staff to feel secure or confident when management is operating under a veil of secrecy and when staff don’t understand the reasons for the changes taking place.”

As the gallery embarks on its ambitious Sydney Modern plan to build a new wing, Holland said gallery staff had no confidence in senior management.