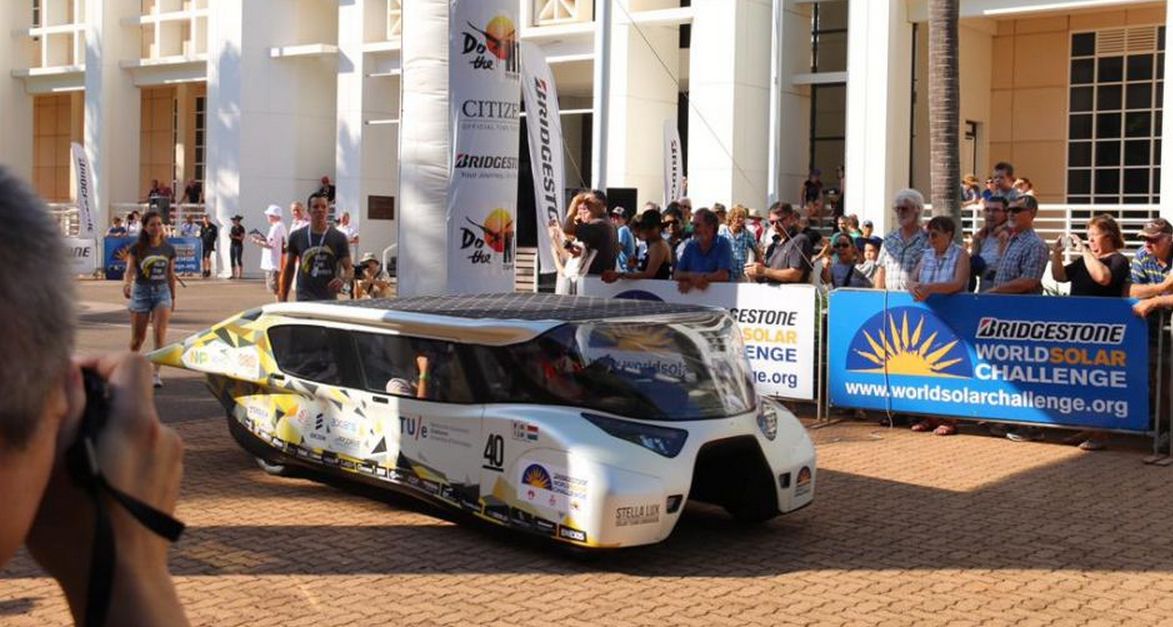 A Netherlands-based solar car that can carry four people and is legal to drive on roads in the European Union has secured pole position in the World Solar Challenge ahead of a gruelling 3,000-kilometre race across Australia.

Eidenhoven is one of the favourites for the World Solar Challenge’s cruiser class, which focuses on the ability to carry passengers and practical design.

The car comes equipped with cup holders and a heads-up display and is energy positive, meaning it generates more electricity than it uses, so surplus energy can be fed back into the grid.

It beat rivals in the challenger class, which are sleeker and more aerodynamic.

The Stella Lux edged out the leading contender in the challenger class, Queensland-based Team Arrow, who did their lap about six tenths of a second slower.

For the second year in a row Team Arrow won its division.

“As a team, it’s great. I can’t believe we did it twice,” Team Arrow’s Amy Gunnell said.

“We work together hard and make sure the drivers are ready to go,” she added, with the rest of her team chanting “we’re number one” behind her.

Third place was taken out by Germany’s Team Bochum, with their car the Sun Riser.

For the first time, both classes of car will start on the same grid, meaning the Stella Lux will lead the field when the race begins on Sunday morning.