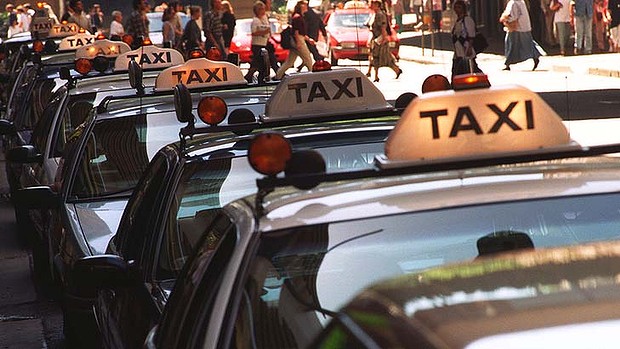 Sydney taxi fares are likely to remain flat or to increase only a small amount in the next few years, under recommendations to be made to the state government.

The state’s pricing regulator is trying to reduce the cost of catching a cab in Sydney, increase the number of taxis on city streets, and lower the value of taxi licences.

IPART, which makes recommendations on transport fares to the state government, does not believe higher taxi fares would benefit drivers.

Instead, it believes the owners of taxi licences – who are not always the drivers of the cabs – have received the most benefit from Sydney’s relatively high fares.

“Because the additional fare revenue was largely captured by licence holders, putting fares up did not increase earnings for drivers, which were measured at an average of $8 to $15 per hour for a standard taxi … in late 2011,” IPART’s issue paper says.

IPART wants to lower the cost of leasing a taxi licence by about 25 per cent after inflation over the next four to six years.

The regulator’s approach was immediately criticised by the chief executive of the NSW Taxi Council. Roy Wakelin-King said he did not accept IPART’s claim that fare increases failed to benefit drivers.

Mr Wakelin-King said lowering fares and increasing the number of taxis on the road were “blunt instruments” and would not improve the level of service.

“There are more than enough taxis n the road,” he said.

However, Michael Jools, a taxi driver and the head of Australian Taxi Driver Association, said IPART should be more aggressive in lowering the value of taxi licences, which have traded for about $380,000 on average this year.

“I am very strongly of the view that unless we get these licence plates down to a reasonable figure, we are never got to have a positive impact on the industry,” Mr Jools said.

“The fares are at a maximum now and if we increase fares, we lose business,” he said. “Any further increase in fares will reduce the revenue to the taxi driver.”

The pricing regulator has called for submissions on its proposed approach to setting fares and releasing new taxi licences. The state government does not have to accept IPART’s recommendation on taxi fares, which would apply from July next year, but has often moved broadly in line with IPART’s advice.

From the Sydney Morning Herald, 6th may 2013

Sydney taxi fares will be cut under proposals being put forward by the pricing regulator.

But taxi users would be charged a higher “flag fall”, or initial cost of hailing a cab, the pricing regulator is to say, even though the per-kilometre and per-minute rate of taxi trips would fall.

It is understood that on average taxi users would be better off under the proposed reforms being announced on Monday. But people catching longer taxi trips would benefit more than those travelling shorter distances.

The intent would be to encourage taxi drivers to accept shorter trips.

The Independent Pricing and Regulatory Tribunal has been concerned that yearly fare rises have prevented more people using taxis. As such, it is to recommend a rare fare reduction when it releases its draft report into what level of fares should apply from July.

In an issues paper released in February, IPART said it did not think taxi users and drivers were getting much benefit from higher taxi fares.

Instead it said the main beneficiaries of higher fares were the owners of taxi licence plates, many of whom treated them as financial investments, like shares and bonds.

But the paper also showed Sydney’s $3.50 flag fall was in line with those in other states. This made the flag fall relatively cheap. It also made longer journeys more attractive to drivers than shorter ones.

The paper considered setting higher flag falls for journeys on Friday and Saturday nights to encourage cab drivers into the city at times when there is often a shortage. But it is unclear if the draft report will adopt that recommendation, even though some increase in the flag fall generally is likely.

In the past decade, taxi fares have increased at a rate higher than inflation.

But the benefit has not gone to drivers, who earn on average $11 an hour. Instead, licence plate owners have enjoyed returns far in excess of average sharemarket returns.