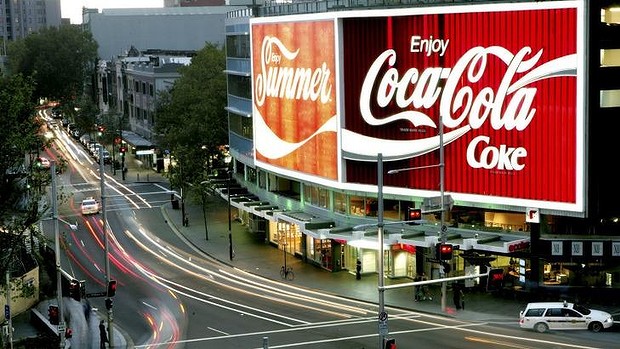 The death of Kings Cross as we know it

Death of the Cross

Business owners unanimously blame the lock-out laws but pedestrian numbers on the strip were already down 48 per cent between 2010 and 2012.

There is big change under way in Sydney’s golden mile. All the way down the strip in Sydney’s Kings Cross, shops that once housed liquor, fast food, sex and convenience have been plastered with For Lease signs.

Fairfax Media counted 35 shops up for rent on the 300-metre strip. Over the past decade, Kings Cross has relied on late-night foot traffic down Darlinghurst Road to keep its institutions thriving.

Pedestrian traffic is down 84 per cent compared with 2012 levels, according to a City of Sydney submission to a NSW Legislative Assembly inquiry into alcohol violence. Its night economy is struggling and its day economy is yet to attract major trade.

“It’s not what it used to be, trade has died,” said a bartender at one of the largest venues in the area, who asked not to be named. “We’re all worried about losing our jobs.”

“The business community is collapsing,” said Kings Cross Liquor Accord chief Doug Grand. “It’s going to keep placing venues under more and more pressure, force them to let go of people, close and resell the land.”

Businesses have reported up to a 40 per loss in revenue since the lock-out laws were introduced. It is understood one large establishment’s profits have plunged 75 per cent since 2013.

There are so many vacant properties a company that tries to re-vitalise vacant lots, Renew Australia, has begun liaising with landlords to offer start-up businesses free rent for a short time.

Business owners unanimously blame the lock-out laws butpedestrian numbers on the strip were down 48 per cent between 2010 and 2012, long before the laws were introduced.

This month a row of terraces on Bayswater Road that housed two institutions of the late 2000s’ Sydney electro and house scene, Candy’s Apartment and World Bar, went up for sale.

The venues, famous among Generation Y for sweaty dungeon dance floors and liquor served in teapots, have leases that could last until 2020 at the longest. They are being sold as mixed residential and commercial.

There’s been eight to nine years of gentrification in the area that has led to a more residential mix, said LJ Hooker’s director of commercial property Warren Duncan.

“The trend in the Cross is long-term residential housing and It’s incompatible with a late night party scene,” he said.

Last week the Crest, one of the largest mid-range hotels in the area, was sold. Its 231 rooms will be turned into apartments.

“In the past year, 1800 hotel rooms have been taken out of the area,” said Mr Duncan. “Developers are really interested in two and three-star star boutique hotels.”

The infamous Astoria hotel on Darlinghurst Road also sold recently at auction. It is the only premises in NSW to be classified by the Supreme Court as a disorderly house, meaning police can enter without a warrant.

It is also to be turned into boutique apartments.

Just next to Candy’s Apartment and World Bar, Mansions will house another 45 residences. The ground floor site of the former pub will be turned into retail, not an alcohol-related venue.

“There is a significant change in the demographic,” said Mr Duncan. “It’s not the area that people go to for bar and nightclubs any more.”

One of the biggest symbolic shifts is the transformation of former clubs underneath the Coca-Cola sign into a radio broadcast and TV studio.

Mr Grand said: “What’s lacking is a massive plan for the area. Residential is squeezing both sides of the strip. We need to find the balance between residential, safety and community needs and it will be driven by market forces.”

Robyn Hall, a former president of the Kings Cross Residents Committee, said the day economy has been neglected.

“It used to be really buzzy, the day time economy really needs to be revived,” Ms Hall said.  “We used to have have barbers and tailors but they don’t want to stay. They can’t handle the anti-social aspects.”