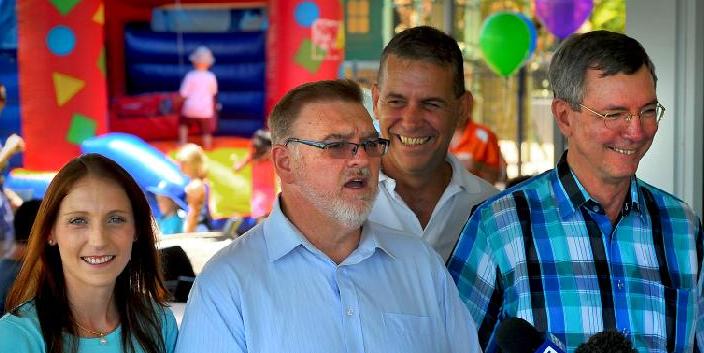 THE sports club that was handed a $100,000 “support package” by the Government one week before a by-election, made $4.3 million on poker machines last financial year.

Mr Wood asked Chief Minister Terry Mills if he agreed with his CLP colleague Kezia Purick that the Government was putting a sports club that did not need the money ahead of a rural fire service in Humpty Doo that had its funding cut.

Mr Mills said there had been “a real need” at Tracy Village and the Government had responded.

Nhulunbuy MLA Lynne Walker asked if the Arnhem Club could have $100,000 because they were “going through difficult times”.”

Nightcliff MLA Natasha Fyles asked when the CLP would honour its election promise to fund a feasibility study to upgrade the Nightcliff Sports Club oval.

But Mr Mills fought back.

“It’s obviously stirred a hornet’s nest out there of unrequited need that has not been actually expressed to anybody except across the chamber,” he said.

Tracy Village is in Wanguri, where a by-election will be held on Saturday.

The story was previously covered by The Tourism News here.