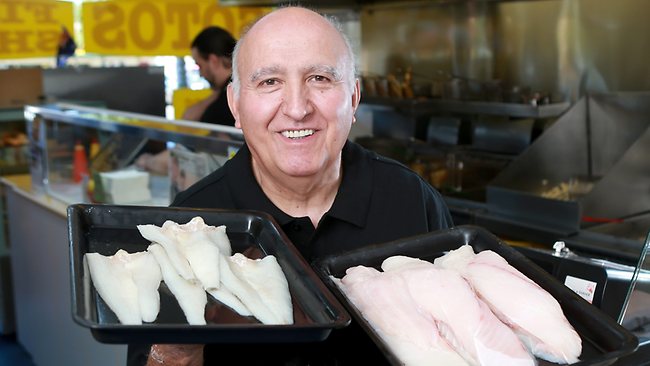 FISH and chips may be an Aussie tradition but few of us realise that our battered butterfish is probably from South Africa, garfish from China or prawns from Vietnam.

The word “imported” is set to appear on more fish and chip shop blackboards under a new plan for country-of-origin labels for sea-food  served in SA takeaway outlets and restaurants.

Fish and chippery owner George Mazarakos said he would happily label any imported product at his Soto’s Fish Shop at Semaphore.

“I’ve always sold local fish here anyway except for butterfish so I’m happy to add the word `imported’ to my menu,” he said.

Mr Mazarakos said he believed consumers would be willing to pay more for the local product.

The legislation – based on laws introduced in the Northern Territory in 2008 – will come into effect here in February.