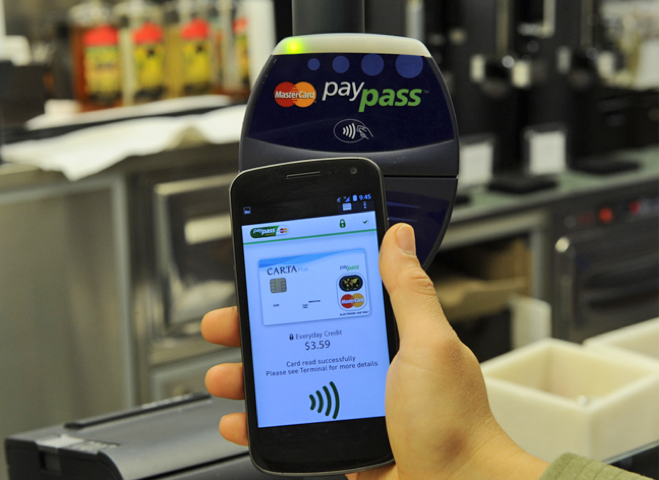 Credit cards have come a long way since the first one, made of cardboard, was used in a New York restaurant in 1950. But as technology keeps evolving, could plastic become obsolete?

Digital wallets, near-field communication technology and ever-smarter smartphones mean that more of us may soon be carrying nothing in our pockets but a phone loaded with our credit and debit card information, coupons and loyalty cards, receipts, travel cards and identification.

The Commonwealth Bank launched tap-and-pay functionality for mobile phones in December and also offers a PayTag sticker, allowing users to tap and pay with compatible smartphones. Westpac is poised to launch a contactless payment system for mobile phones, while ANZ has been testing its own version.

Stephen King, professor of economics and co-director of the Business Policy Forum at Monash University, said: ”That will be the future: your mobile phone or smartphone will be your credit card.”

Manual card readers were replaced by electronic terminals. The signature was superseded by the PIN and the encrypted chip, while contactless technology – MasterCard’s PayPass and Visa’s PayWave – now lets users pay with a casual tap of their card.

With the Bump Pay app, people can transfer money via PayPal by bumping their smartphones together. Samsung Galaxy S5 users will soon be able to swap passwords and log-ins for fingerprint authentication technology to make payments through PayPal.

”In the early days of any new service, people are nervous about picking it up; there’s a natural conservatism around payments,” he said. ”But once people have used it a few times, they’ve embraced it.”

A quarter of MasterCard transactions in Australia, more than 1 million a day, are made on PayPass. The company launched its MasterPass digital wallet a year ago.

Concerns have been raised about the security of contactless payments but Mr Barr said the company had seen no increase in fraud.

It was not possible for someone to pay accidentally while walking past a terminal or capture enough information to replicate a contactless transaction, he said. In coming years, more mobile phone handsets would support near-field communication technology, which enables mobiles to send payment instructions to another phone or a nearby terminal.