Biggest step yet from Civoniceva – into the Logan riots 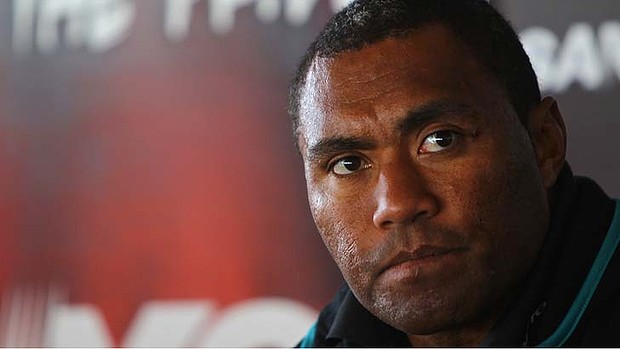 Rugby league is one of the languages of Logan.

Hopefully it can become a language of reconciliation.

Yesterday one of the biggest names in rugby league – a proud Fijian called Petero Civoniceva – called for calm in the city.

It follows days of anger and violence between Aboriginal and Pacific Islander groups, which has stemmed from a feud between two families.

Civoniceva is Queensland’s community engagement ambassador for the NRL and one of the most respected big men in the history of rugby league.

Already he is willing to arrange for several high-profile indigenous footballers to come to Logan – not to sort out the situation – but to show respect for the situation. 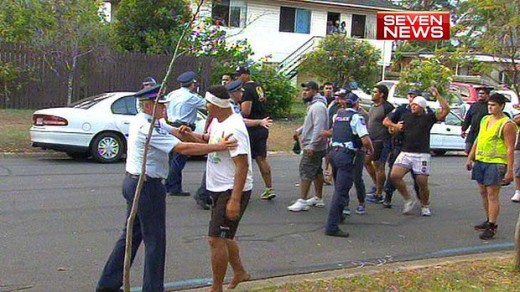 He also plans to discuss the issue on Wednesday during a media conference to promote the February 9 All Stars match, in which the NRL’s indigenous stars take on the best of the rest.

“It is unfortunate that this has happened because it comes at a time when we are celebrating a game that celebrates reconciliation and inter-racial tolerance,” he said.

“It could be a good time and people should be looking for alternatives to fighting.”

Civoniceva, a regular in the Indigenous All Stars team, said he never had problems with his Aboriginal teammates and instead the whole squad had competed for “the spirit of the game”.

He said the motto on the front of the Indigenous All Stars jersey – “Learn, Earn, Legend” – was important for Aboriginal and Islander people.

“It is about learning, about bringing our communities together, just about racial tolerance and about getting together,” he said.

“And we are just so lucky that our game help us to do that.”

He said Logan Police senior sergeant Mike Pearson had briefed him on the situation in Logan – and the progress of meetings between elders.

“I just made them aware that the NRL wanted to help, particularly if it meant for me to be there and some of our NRL indigenous players,” he said.

“They would love to be part of that reconciliation process.

“But we are going to wait until we see what the situation is.”

He said he had learned the best way to resolve differences of opinion was to talk.

“The best way was always to have good lines of communication,” he said.

“And I think that process has already started with them going to meet. That’s the first step.”

“…hopefully over the next week we can get into the community and heal some wounds.”

The NRL already had plans for Logan before the violence erupted.

It hopes to have a police ambassador at each of the local junior rugby league teams and encourage young people to use the Police Citizens Youth Clubs by next month, he said.