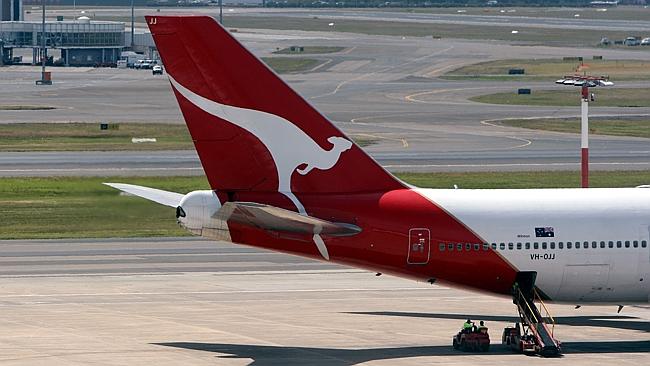 Qantas to close its Cairns base amid nationwide downsizing

QANTAS will reportedly close its Cairns crew base as a result of profit losses the company says is unsustainable.

Executives this afternoon held a meeting at the Reef Hotel Casino, where The Cairns Post understands they announced that 110 local workers they will be given two-and-a-half months to decide if they will relocate to a Qantas base in a capital city.

The news comes after the embattled airline this morning announced a six-month profit loss of $252 million and its intention to reduce its fleet size and slash 5000 full-time jobs nationally over the next three years.

“This performance by our airline is unacceptable and the current situation is unsustainable,” Qantas chief executive Alan Joyce, who will take a 36 per cent pay cut, said.

“We are enduring some of the toughest conditions we’ve ever faced so we are doing what is right or necessary.”

FEDERAL cabinet will consider changes to Qantas as soon as Monday, as Tony Abbott escalates pressure on Labor to respond to the airline’s woes by helping to repeal its foreign ownership limits.

Setting up a bruising political fight, the Prime Minister dashed the airline’s hopes for a commonwealth debt guarantee and demanded instead that federal parliament vote to remove the “ball and chain” on the company.

The hard line on financial aid came as Qantas chief executive Alan Joyce told The Australian that most of the 5000 jobs to be cut in his radical restructure would go within 18 months and there was “no point” in anyone resisting the changes.

Union leaders warned of strike action and court appeals to stymie Mr Joyce after he cancelled major routes, confirmed a fall in sales and unveiled a $252 million half-year loss.

Last night, Mr Joyce said he could not guarantee that there would not be further job losses if the airline’s turnaround plan did not work. “The best guarantee that people are going to get is to make sure that Qantas is secure, stable, that it’s making money again … and we believe that this plan is the plan (to) protect as many of the 27,000 jobs that we’ll have in this group,” he told the ABC’s 7.30.

“That’s what we’re focused in on. But I don’t think there’s anybody can assume that the environment is going to be guaranteed and all of those jobs can be protected indefinitely in the future because there’s a lot of issues outside our control about how that can develop.”

Sending a signal to all companies seeking government help, Mr Abbott toughened his stance against a “standby debt facility” that could save Qantas hundreds of millions of dollars on its borrowing costs but is opposed by Virgin Australia as unfair aid.

The rejection came two weeks after Joe Hockey backed the airline’s argument that it was a special case, telling parliament it met four key criteria for government help.

Challenged by Bill Shorten to offer the standby debt facility, the Prime Minister countered the idea and sought to shift the focus to the 49 per cent foreign-ownership cap in the Qantas Sale Act. “The difficulty is this: what we do for one business, in fairness we have to make available for all businesses,” Mr Abbott told question time.

At stake is the law that prevents Qantas splitting its domestic and international arms and luring a foreign airline as a potential owner or investor.

The Opposition Leader insisted yesterday Labor would defend the ownership limits and warned against the threat to national security and the Australian economy from the loss of the airline. “We would be the bunnies if we just waved goodbye to an Australian icon,” he said.

Labor argues that all major airlines around the world have government support and that a debt guarantee could be offered to Qantas, giving it tangible help rather than ownership reform.

Government sources said the debt guarantee was “basically dead” in the wake of the Prime Minister’s remarks, barring a dramatic turn of events. The Australian was told the foreign ownership limits were likely to be discussed by Cabinet on Monday, with options such as scrapping or adjusting the 49 per cent cap.

The developments clear the way for months of acrimonious debate given the time required for parliament to rule on the ownership regime after federal cabinet decides on changes.

Labor, the Greens and the Palmer United Party oppose changes to the Qantas Sale Act. While the Coalition would have the support of Family First and the Liberal Democratic Party, this would not be enough to get any changes through the Senate.

Mr Joyce said Qantas was in discussions with “everybody in politics”.

Mr Shorten said the government wanted voters to think the problem was the ownership regime when the best action was to deal with the ratings downgrade on the company’s debt last December. He said the opposition would be constructive and was open to the debt guarantee, but he said it was up to the government to outline the conditions that would apply. “If the government was to propose providing a line of standby credit, a credit guarantee, then we would look with some interest at that government proposition,” he said.

Mr Joyce said the changes outlined yesterday were necessary regardless of federal government action. “The plan we have is the plan that’s needed in order to turn around the business – irrespective of government involvement or what the government decides to do,” he said.

He said the airline needed short-term assistance – a reference to the debt guarantee – because it could not wait for the repeal of the Qantas Sale Act.

“The issue with the Qantas Sale Act is going to be the length of time,” he said. “It could be months or it could be years before that act changes.”

Later the Qantas boss told The Australian that 4000 of the 5000 jobs it planned to axe would go over the next 18 months as it tried to avoid a repeat of its $235m interim net loss.

The 5000 jobs include 1000 already announced, including those lost with the closure of its heavy maintenance base in Avalon and the previously announced Adelaide catering operation’s closure. They include 1500 management and non-operational roles, about 300 engineers involved in line maintenance around Australia as well as pilots and flight attendants affected by fleet and network restructuring.

There will be a consultation process over the next few days, including a meeting with unions today.

Qantas posted losses in two of its three flying businesses as it was hit by what Mr Joyce described as a “giant wave” of new capacity from foreign airlines flying to and from Australia and battled Virgin Australia on domestic routes.

Asked about threats of industrial action, Mr Joyce said: “I think the sensible heads of our employees will not be listening to those irrational comments.”

The restructure includes a wage freeze for executives, which will be extended to other staff, and Mr Joyce will take a 36 per cent pay cut. The airline will defer acquisition of or sell more than 50 aircraft to reduce its cost of leasing aircraft by $1 billion over two years and reduce its fleet from 11 aircraft types to seven with an average age of eight years.

Route changes include a retiming of the airline’s London services to free up an A380.