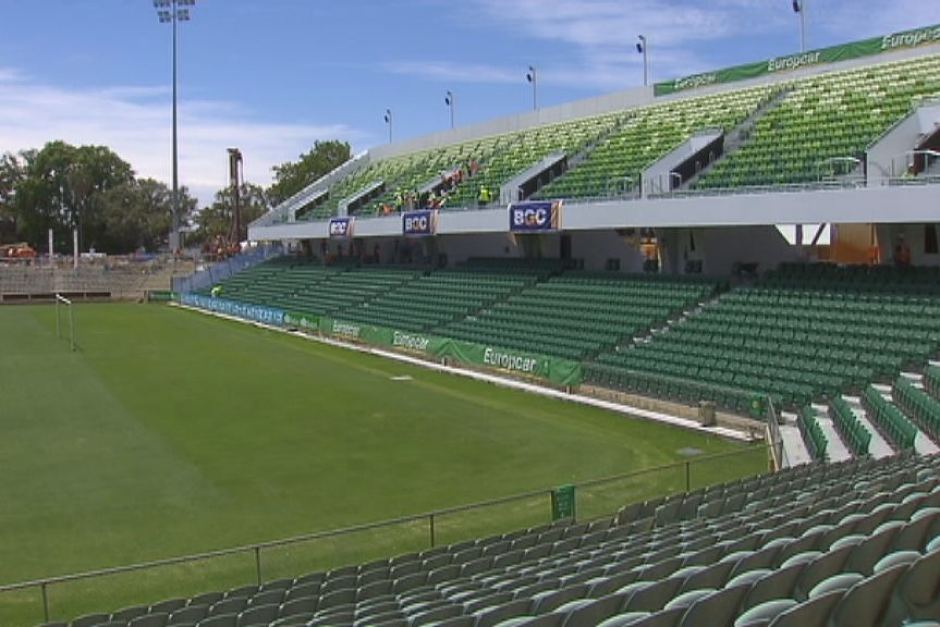 The West Australian Opposition is calling for an inquiry into the State Government’s dealings with the company responsible for managing Perth Oval in the wake of revelations it has cost taxpayers millions of dollars.

After a decade of running the stadium, Allia Venue Management will terminate its contract later this year.

The Government has already paid or received claims for more than $3.2 million for compensation arising from the development of the oval.

It has now revealed it is also liable for an additional payout of $8 million as a result of the early termination of the contract.

Opposition finance spokeswoman Rita Saffioti says a parliamentary committee should examine both the Government’s deal with Allia, and a separate compensation offer made to Perth Glory owner Tony Sage.

The Government paid $400,000 in compensation to Perth Glory over lost revenue due to the redevelopment of the stadium.

“This is a Government who believes that the ends justify the means,” she said.

“It’s out of control, frankly, and this is yet another example of a bad deal that’s impacting the state’s taxpayers.”

The Opposition has also accused Sports Minister Terry Waldron of misleading Parliament about negotiations over money owed by Perth Glory to the Public Transport Authority (PTA).

In October, the PTA wrote off about $250,000 debt after Perth Glory refused to pay a bill for public transport for home games at Perth Oval.

At the time, Mr Waldron told Parliament he was not involved in the negotiations.

But the Opposition says it has obtained a letter from the Sport Department to Mr Sage, which states Mr Waldron had discussed the matter with the Transport Minister.

Mr Waldron told Parliament the negotiations with the PTA were kept separate from the compensation negotiations.

“I didn’t involve myself in the PTA matter to seek balancing the two against the other,” he said.