No protections for backpackers from murder, rape and ripoff 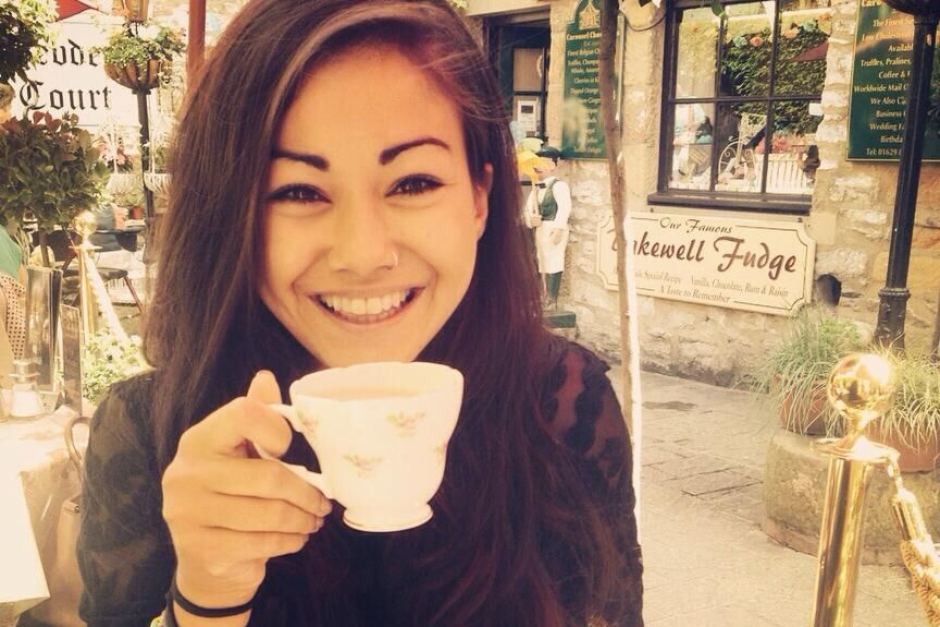 As skint non-citizens, the work practices of backpackers generally go unchecked.. as does the behaviour of those who employ (and sometimes rape and murder) them.

‘Sleep with me … or I rape you’: Backpackers speak out ahead of working visa change

Next month, Australia’s working holiday visa program will be extended, allowing backpackers to stay in Australia for a third year, but some are warning it could increase exploitation and abuse of young workers.

For British backpacker Frances Fairs, the damp and dreary working hostel in regional Victoria looked nothing like the photos she had seen online — there were holes in the walls, doors that didn’t lock, and the fire alarm was broken.

But she knew if she could make it through just 88 days of working there, she could stay in Australia for a second year.

That decision would go on to haunt her.

“I was shown to my room, the beds were bare, but you could see the bed bugs,” she told the ABC.

“I was shown an apartment within the hostel which was supposed to be mine, and there was a soiled mattress on the floor and a bathroom that didn’t work and a kitchen that had no running water.”

Ms Fairs was charged with cleaning the hostel, washing sheets and checking young visitors in.

Like her, the backpackers staying at the hostel were there for one reason — to work on a farm so they could tick the box on their 417 visa.

Within weeks of her arrival, the hostel owner’s behaviour turned increasingly sexual.

But she hadn’t been paid. She felt trapped.

“The day before Christmas he put his hands on me and I told him very firmly ‘you get off me, don’t touch me’, and he was like ‘oh come on, you know you want to’.

Concerned for her safety, Ms Fairs wanted to leave, but the bus service to Melbourne was closed over the Christmas period.

He called me into his office and was like ‘right here is the deal, you either sleep with me and my girlfriend or I rape you, pick one’,” she said.

“He said ‘I am going to come and pick you up tomorrow whether you like it or not and I have people that will come and grab you, you are not going to be able to resist this’ and I kicked him, I kicked him off me.”

She packed her bags, called a taxi and fled.

When she arrived at the train station she realised that she did not have enough money to buy a bus ticket to Melbourne.

Desperate, she boarded the coach and explained what had happened to the bus driver.

“He said ‘that is absolutely fine, you just go to the train station. Let them know that I have let you on for free, they will sort you out with the money, but I will make sure you get there safely’,” she said.

She is not alone.

Ms Fairs is one of several former visitors to Australia who have shared their experiences with the ABC ahead of the Federal Government’s move to extend the working holiday visa scheme from July 1.

Under the new rules, working holiday-makers can remain in Australia for a third year if they carry out specified work in regional areas for six months while on their second visa.

‘I fought hard to stay safe’

Cases involving attacks on female backpackers have been widely publicised in the media.

In 2017, a European backpacker was imprisoned in a pig shed and sexually assaulted over two days by hobby farmer Gene Charles Bristow at Meningie in South Australia.

“While I was in that shed, I felt like an animal or a slave,” the victim told the District Court, after Bristow was convicted of aggravated rape, kidnapping and indecent assault.

A year earlier, two female tourists survived a horrific attack at Salt Creek, an isolated beach in South Australia’s Coorong region, while hitching a ride from Adelaide to Victoria.

The man responsible, Roman Heinze, was jailed for at least 17 years after being found guilty of six offences including aggravated kidnapping, causing harm with intent to cause harm, assault, endangering life and indecent assault.

The ABC has been told of other nightmare experiences.

Chelsey — who did not want her surname published — told the ABC she was attacked by a farmer while driving home from work.

The British backpacker, now 32, said she grew suspicious when she noticed he was taking a different route home.

Before I knew it, we were alone on a dark back road and that’s when he came across the car at me and began grabbing at me,” she said.

She punched, kicked and screamed at him and managed to fight back, stopping the attempted rape from going any further.

She said she crossed her legs together so hard they were bruised the next day.

She now encourages other backpackers to travel to New Zealand rather than spend a second year in Australia.

“Now looking back, I feel empowered by the whole situation and very lucky,” she said.

“I beat my assaulter, I hurt him back, I made him black-and-blue and fought hard to stay safe.”

‘They wanted a second wife’

In 2012, backpacker Eleanor Juby, also from the UK, found work on a property four hours north-west of Brisbane on a regional property.

She said upon her arrival, she discovered the family was looking for a second wife.

“The mum spent all of her time [on] polygamy websites, the dad would walk around in only his boxers and he said that when it came to summer, they all went naked,” Ms Juby said.

“He would pull me onto his lap if I walked past him.”

Ms Juby left just nine days later, but found her next job opportunity came with its own difficulties.

“We were made to feel like second-class citizens, we stayed in a converted shed, this one had other girls which was good for morale,” she said.

“[The farmer’s wife] stopped feeding us in her house because she didn’t want us there.

“It made everyone very uncomfortable and as if we were intruders.”

Ms Juby saw through her three months of work to stay in Australia for a second year, but the physical conditions she had to endure were appalling.

At one property, she slept and washed alongside animals, with the toilet doubling up as a hen coop.

Another young backpacker, Emily — who also did not want her surname published — said she supported calls for changes to the visa system.

Staying in Far North Queensland for her working holiday, she moved to a house where a 40-year-old male landlord lived with six young female backpackers.

After several weeks of commuting to a nearby plantation farm, he started limiting their movement.

“He started getting really controlling and was putting cameras up in the house and locking gates so we couldn’t get out, or he had to monitor us leaving the house,” she said.

“I felt unsafe, I felt uneasy … I felt like I could not be at home because somebody was watching my every move.

The way the system works enables and allows these kinds of people to do these kinds of things, because everyone is so desperate to get this type of work.

A mother on a mission

Since her daughter Mia was killed at a backpacker hostel in Queensland in 2016, Rosie Ayliffe has dedicated her life to keeping other young travellers safe.

Mia was just days into her three-month stint when she was stabbed to death alongside fellow backpacker Tom Jackson, who had come to her aid.

Last year, a court ruled their accused murderer Smail Ayad was of “unsound mind” during the attack and was remanded to a mental health facility.

Ms Ayliffe now offers support and advice to her 20,000 social media followers, many of whom plan to work in regional Australia.

She said stories of exploitation and assaults were all too common.

“It used to reduce me to absolute tears,” she said.

“Every time I got another story it was like going through [Mia’s] death again.”

She argued expanding the working holiday scheme would only increase the number of backpackers exposed to potentially horrific circumstances.

The system needs regulation and instead of regulation, they have augmented it,” she said.

“I think the blame lies squarely with the Federal Government because they inaugurated the scheme and they need to make sure that every single hostel and workplace that our young people visit is accessible, compliant and safe.”

Migration agent Mark Glazbrook, who has worked in the industry for more than 20 years, shared Rosie Ayliffe’s concerns about the vulnerability of backpackers.

He claimed the exploitation reported to police was only the tip of the iceberg, with Australians unaware of how bad the situation was.

“We are seeing a high number of exploitation [cases] at the moment under the current structure of the working holiday visa program,” Mr Glazbrook said.

“Once that program is expanded then it does increase the opportunity for employers to exploit more people.”

The Department of Home Affairs told the ABC it had implemented a number of reforms in recent years to combat attempts by unscrupulous employers to exploit young travellers.

Those efforts include the establishment of a Migrant Workers’ Taskforce and additional funding for the Fair Work Ombudsman.

“Working holiday-makers working anywhere in Australia are entitled to the same basic rights and protections as Australian citizens and permanent residents under applicable workplace laws,” a department spokesperson said.

“Allegations or information received … in relation to the workplace or sexual exploitation and abuse of visa holders, including withholding passports, is referred to the relevant police authority for action, including investigation of criminal matters.”

The department said it was committed to ensuring migrant workers were protected from exploitation or abuse, regardless of their citizenship.

It said tackling the problem was also a priority for the Australian Border Force.