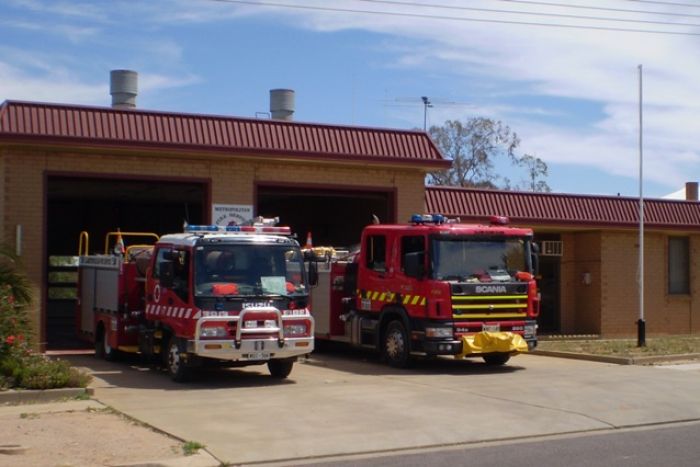 Allegations a female firefighter was pushed to the ground and grabbed by the neck by a male colleague, and another suffered burns after being “blocked” from leaving a house fire, have sparked a high-level investigation by South Australian fire authorities.

However, the findings of the inquiry by the state’s Metropolitan Fire Service (MFS) will be kept secret.

The ABC can reveal the MFS sent independent investigators to Port Augusta Fire Station in the state’s north in April, following multiple complaints by staff against three of their colleagues, some of which dated back to September last year.

United Fire Fighters Union state secretary Max Adlam labelled the allegations as “unprecedented” and “the most serious” she had ever seen, but that no-one had been stood down.

In a letter to MFS chief officer Michael Morgan dated February 18, Ms Adlam outlined “a range of serious concerns”, including a claim that a firefighter had hit another firefighter, “squirted water in his face and pushed a female firefighter to the ground, grabbing her by the neck”

“The behaviour was reported to the MFS through the chain of command … but no action was taken,” the letter said.

The union also alleged that a female firefighter had been described by another firefighter as “a troublesome c***”.

The union said it had serious safety concerns for staff who had allegedly “been instructed to enter or remain in burning buildings, which have put them at risk”.

“Members have been told that ‘if you don’t like it, you’re not a firefighter’s a***hole’,” the letter also claimed.

Ms Adlam said the union was also aware of an incident where a young firefighter suffered burns to his hands after allegedly being “blocked” from leaving a housefire by a colleague.

She said an incident report into the matter — logged on the State Government’s mandatory database — appeared to have “gone missing”.

The ABC has seen photographs of the incident report in question, including its identification number.

The MFS denies the incident report is missing.

Ms Adlam said she attended a meeting with several Port Augusta Fire Station staff members in February, where multiple allegations were made.

“It is certainly among the worst — the depth and breadth of these allegations is such that I would’ve thought that the MFS would want to take fairly swift action,” she said.

She said the alleged culprits had never been stood down by the MFS.

“It has been reported to me that there have been some reprisals,” she said.

The MFS also rejected a request for a copy of the final report into the investigation, which is believed to have been handed to executives two months ago.

In a statement, an MFS spokeswoman confirmed the authority “is addressing issues at a regional fire station and seeking to resolve those matters to assist staff welfare and crew culture”.

However, the MFS refused to answer questions about specific claims.

“The report references members of a small group of people in a small community and it would be inappropriate to release details, which may cause distress to and breach the trust and confidence of staff.

“The welfare and safety of staff is of the highest importance to the MFS.”

Emergency Services Minister Corey Wingard said the union had raised the allegations with him.

“I have referred the allegations onto the MFS for investigation,” Mr Wingard said.

The firefighters’ union said the MFS had failed to protect the staff who had made the complaints.

“The distress of the people making the allegations has been such that we would have thought that management would have instituted some sort of intervention,” Ms Adlam said.

“There has been not just no intervention but no contact with them.”

Ms Adlam claimed she had been verbally abused when she tried to follow up the investigation.

“And by attempting to follow it up I met some pretty aggressive behaviour by senior management,” she said.