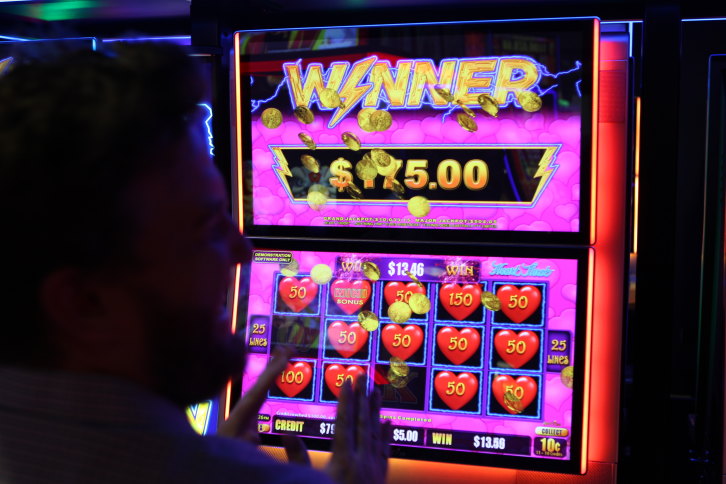 The 10 clubs and pubs are mostly venues with hundreds of poker machines.

The 10 clubs and pubs are mostly venues with hundreds of poker machines and at least one of them has been hosting money launderers since at least 2014.

Law enforcement intelligence briefings sighted by The Sydney Morning Herald estimate that the 10 venues account for an estimated 40 per cent of $6 million in suspected dirty cash cleaning that authorities have traced in near real time over the last seven weeks.

The most aggressive suspected launderers are linked to Vietnamese organised crime rings involved in drug trafficking. Tax evasion has also been linked to the spike in laundering, the briefings state.

The briefings strongly suggest that significant levels of poker machine money laundering is continuing to occur across NSW, even after revelations in this masthead and 60 Minutes a fortnight ago that first revealed the problem was endemic.

The 10 clubs, which authorities describe as “mini casinos” because they host dozens if not hundreds of poker machines, are well-known venues, but this masthead is not naming them to protect ongoing operations.

The revelations come as Premier Dominic Perrottet continues to mull over whether a Bergin-style commission of inquiry is needed to confront what the state’s gaming watchdog has described as a “massive” pokies dirty money problem across NSW.

The sources also said the NSW gaming watchdog, the Independent Liquor and Gaming Authority, lacked the power to tackle money laundering in pubs and clubs, while state police and federal anti-money laundering agency Austrac lacked the resources or legislative ability to combat the problem.

Mr Byrne said multi-agency investigations indicated NSW’s 95,000 poker machines were being used as laundering machines for illicit cash that is “easily in the hundreds of millions” of dollars.

He estimated that, nationwide, more than $1 billion from the proceeds of crime is likely being cleansed through pubs and clubs with gaming machines.

Mr Perrottet’s office said the Premier was still considering whether an inquiry or other policy approaches would be appropriate.

“Serious and complex matters have been raised and the government is giving them careful consideration,” the statement from his office said.

“The NSW government will work with the Independent Liquor & Gaming Authority and stakeholders ensure offenders are caught and prosecuted.”

Among the new evidence uncovered by law enforcement officials is gambling data linked to a small group of suspected money launderers that have been operating across more than 20 NSW pokies venues since 2014.

At one Western Sydney club they targeted— which has around 400 poker machines— the syndicate was linked to $150,000 in suspected drug funds washed over a few weeks. Of the $150,000 placed into the club’s poker machines, less than $1000 was actually gambled.

The remaining $149,000 was withdrawn as tickets and exchanged for cash— a crude but effective means of money laundering.

The push for a commission of inquiry into poker machine money laundering is viewed in NSW government circles as being led by Minister for Customer Service Victor Dominello.

It is backed by several other coalition MPs, although government sources said some ministers were wary of attracting the wrath of the powerful gaming lobby or upsetting owners of venues with only a few poker machines.

Independent upper house MP Justin Field, who has repeatedly called on the Perrottet government to establish a special commission of inquiry into the revelations, warned on Wednesday that Mr Dominello was being aggressively targeted by pro-gambling MPs in his own party.

“It speaks volumes of undue influence of the gambling industry within the Liberal and Nationals parties that there would be any push to remove Victor from the portfolio while the Bergin inquiry findings are yet to be implemented and allegations of money laundering in clubs and pubs are yet to be fully investigated,” Mr Field said.

“If Victor is removed before there is a commitment to a Special Commission of Inquiry into money laundering in the clubs and pubs the public would be right to wonder if Clubs NSW and the Hotels Association are dictating the cabinet positions and policies of the Perrottet government.”