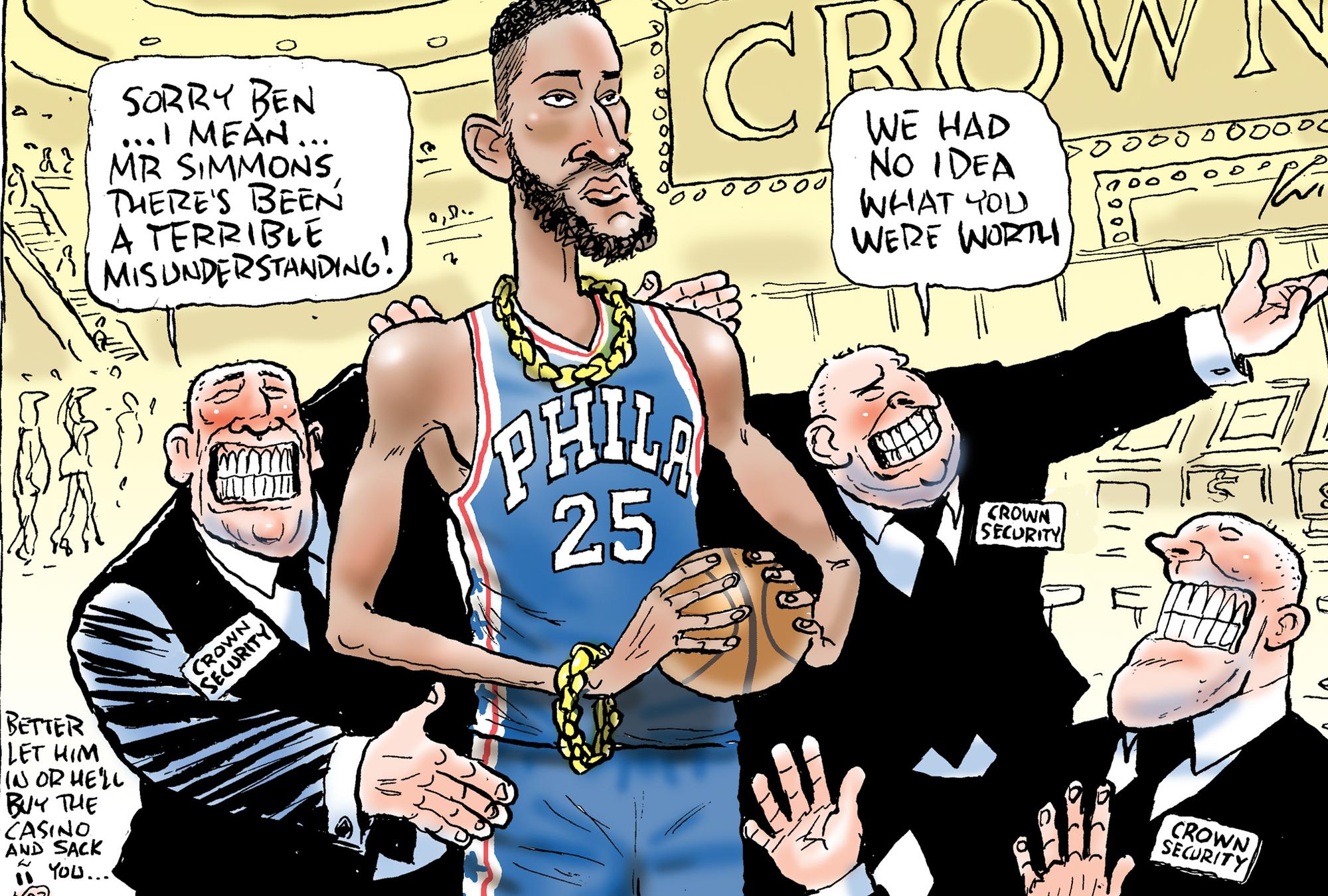 Australian NBA All-Star Ben Simmons was travelling in Victoria on a promotional trip when he posted a video after he was allegedly denied entry to a gambling area at Crown casino.

But tourism body Visit Victoria said the trip to Crown was not part of its deal with Simmons to promote the state to a global audience.

Simmons had not been paid to be in Melbourne or for any of his private expenses, Visit Victoria added.

Simmons made headlines this week when he posted the video on social media complaining he and a group of friends were denied entry to a casino gambling area.

“Visit Victoria has a standard commercial arrangement with Ben Simmons to utilise his international profile in promoting Victoria to a global audience,” a spokesman said.

“The agreement contains standard obligations, and payments are only triggered when certain milestones are met.”

Visit Victoria did not respond to questions about how much Simmons was being paid, or whether his Instagram post breached the commercial deal.

Special Minister of State Gavin Jennings also refused to disclose how much Simmons was being paid but said, “It would be a very small proportion of his take-home pay.”

Simmons recently agreed to a five-year, $US170 million ($A242 million) contract extension with the Philadelphia 76ers, in the richest deal by an Australian athlete.

“What’s happening this week is probably counterintuitive in terms of our objectives of bringing people to Melbourne and our attractions. But we’re very proud of the work he does and our collaboration,” Mr Jennings said.

Adam Ferrier, consumer psychologist and founder of ad agency Thinkerbell, said Simmons’ deal with Visit Victoria could potentially be worth millions of dollars.

“Broadly speaking, the price range for getting someone influential can range from a thousand dollars for a post or Tweet to multi-million dollars for a broader endorsement deal.

“Where this deal lies on that spectrum would be impossible to say at this stage.”

With the NBA particularly influential in American culture, the positive impact of a deal with someone like Simmons could be worth “millions” to the state, he said.

“People want to know how people feel about certain things. If a celebrity takes a stance on something it makes them feel like they know [the celebrity] a little more.”

Australian Boomers coach Andrej Lemanis said he supported Simmons in expressing how he feels about the Crown incident.

Simmons felt he and his friends were singled out at the time while a Caucasian member of their group was allowed in with no issues, although Crown contends that wasn’t the case and the group was allowed entry after showing identification.

The issue dominated social media platforms on Tuesday although Lemanis and his coaching staff saw little of it as they were telling the Boomers players who had  in China.

Lemanis spoke at the roster announcement for the Boomers squad on Wednesday, which was held at Crown due to the team being based at the casino’s hotel during their camp.

Simmons withdrew from the World Cup campaign to focus on the upcoming NBA season but trained with the side during their selection camp and wants to play at next year’s Tokyo Olympics should the Boomers qualify.

“Ben has made his statement on that and from my perspective I support Ben and his right to express how he feels on the situation,” Lemanis said on Wednesday.

“I wasn’t there and again I just support Ben in his ability to express how he feels.”

Simmons issued a follow-up statement on the matter on Tuesday night, saying he and his friends felt “personally singled out”.

“I am very passionate about equality and I will always speak up even if it means having uncomfortable conversations,” he said.

When asked why the squad announcement was held at Crown, Lemanis said the answer was simple.

“This was always planned to be here. We have stayed here all week and our camp was based out of here,” Lemanis said.

“I think this was where it was always going to be, here.”