$23m came from punters having a slap: CSCC 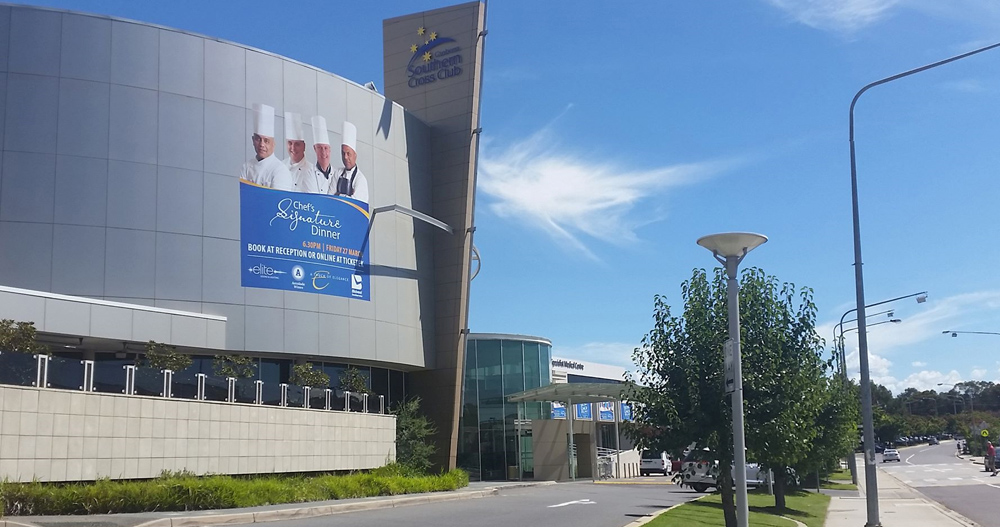 One of Canberra’s largest clubs has vehemently denied there is a major issue in the ACT with problem gambling, saying it estimated only 0.5 per cent of its customers may be in trouble.

The Canberra Southern Cross Club makes half its income, or $23 million last year, from its 680 poker machines spread across multiple sites.

Its chief, Ian Mackay, today appeared before a Legislative Assembly inquiry into the future of clubs and their reliance on gambling.

“No club wants a problem gambler because by definition they are a problem and from a pure commercial point of view it’s not a recurring income that you can rely upon,” Mr Mackay said.

“We believe we have very low incidence of problem gamblers and we handle them with compassion and care.”

South Australian Senator and anti-pokies campaigner Nick Xenaphon gave evidence to the inquiry on Tuesday and quoted from a Federal Government Productivity Commission report that found gamblers could spend up to $1,200 an hour on poker machines with new spins every three seconds.

But Mr Mackay said in his experience that would be impossible.

“In my mind at our club, off a postage stamp estimation, I came to [an hourly spend of] about $18,” he said.

“It’s so overstated that it could be $1,200, and I would argue that at $18 that’s a more likely spend on what many people view as a totally viable, legitimate entertainment option.

“It’s just not possible to play at that speed and if you’ve tried feeding 20 bills into a poker machine that in itself is somewhat of an effort.”

‘One in every 200 customers’ have gambling problem

Asked by the inquiry to clarify how he had arrived at a different figure to the Productivity Commission, Mr Mackay conceded he would need to do some further research.

“Admittedly it is my sense. I personally haven’t tried it,” Mr Mackay said.

Mr Mackay said about once a month his staff would approach a gambler to ask if they were OK, and in the past year had banned one player from the club.

But he repeatedly refuted earlier evidence to the inquiry that 40 per cent of poker machine revenue came from problem gamblers.

“We refute that number totally, we believe it’s flawed in how it’s been developed. In fact the studies we’ve got show that nationally the number is lower than that. Then when it drills down into the Canberra market we would say it’s lower again.”

Mr Mackay said the level of problem gambling sits around 0.5 per cent.

“That’s one in every 200 customers … I suspect we might be even lower again but I’m comfortable to accept that 0.5 per cent is the number that we would agree,” he said.

Mr Mackay said he hoped one day the club might be able to lower its reliance on gambling to around 30 per cent of total income and outlined a plan to expand their food and recreational offerings.

The ACT Government has since praised the club for committing to at least temporarily remove 15 per cent of its gaming machines once the Government’s trading scheme comes into effect later this year.

“This is a very significant commitment by the Canberra Southern Cross Club and is exactly what the trading scheme was designed to achieve,’ Minister for Gaming Joy Burch said.

Last month the Federal Government’s Financial Intelligence Agency accused the Club of failing to help protect the community from serious organised crime and told to audit its financial processes.