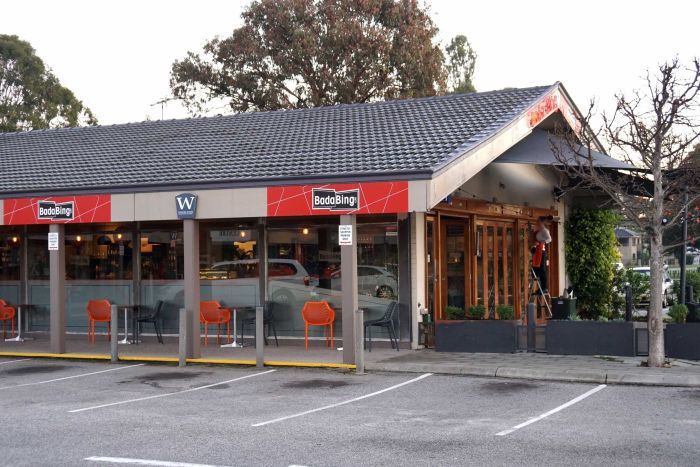 A Perth family say they took their young children to hospital after eating a chocolate brownie laced with marijuana, which was served to them at a local cafe.

The family, who have asked the ABC not to use their last names, say they went for breakfast on March 2 at the Bada Bing cafe in Woodlands, in western Perth.

The mother says she, her then-five-year-old daughter Emily and three-year-old son Thomas all ate part of the same brownie at the cafe, which advertises itself as a “locally owned family business” that is kid-friendly, with “toys and colouring in to keep the little ones happy”.

Shortly after breakfast, the little girl began behaving strangely, and told her father she was seeing things that were not there.

“It was very frightening, I was trying to calm Emily; she would calm down, and then she would just open her eyes and give out this blood-curdling scream,” Emily’s mother told ABC Radio Perth.

“Her heart was racing so much, that I actually couldn’t count it … I was terrified, and so was Emily.

“It progressed really quickly, it went from ‘I’m seeing bizarre colours’, to losing her short-term memory, really intense fear, disorientation, it was really quite extreme.”

Her father said when she first began hallucinating, he feared she had sustained a brain injury.

“I sat her up on the bench, and she said ‘Dad, my eyes are going’ … she said ‘everything’s jumping’, she said ‘the walls are different colours, it’s pink, it’s blue’, and then the last one, which really scared me actually, was ‘my vision’s coming and going, I can’t see anything’.

“At that point, the only thing I could think of was it was something going on with the brain, you know a bleed, or something really serious.”

Her parents took her to hospital, where a toxicology screening showed her testing positive for marijuana.

The cafe has so far offered no insight into how the incident occurred.

The ABC has no evidence about how the cannabis came to be in the brownie, and does not suggest it was served deliberately to the family.

According to the girl’s medical notes, seen by the ABC, she was “inexplicably scared and afraid” and she had symptoms of tachycardia, meaning her heart was beating very fast.

The medical notes also say her little brother became drowsy and nauseous, and was pale.

While at the Perth Children’s Hospital, the mother began to experience symptoms of tetrahydrocannabinol, known as THC, intoxication.

Her medical notes say she felt tired and was seeing things that were not there, and exhibiting occasional jerky movements, and responding to unseen stimuli.

She also tested positive to THC, the psychoactive component in marijuana.

The medical report notes the father also took a urine test which tested negative for “tetrahydrocannabinol and other cannabinoids”.

He told ABC Radio Perth he did not eat any of the brownie.

“We racked our brains at the time, because we were trying to help the doctors work out what was going on … and the only thing that fit was the one thing [to eat] that I hadn’t had,” he said.

The family reported the incident to WA Police and the local council, the City of Stirling, which carried out an investigation.

The father also says he returned to the cafe the following day and purchased another brownie, which he stored in his freezer and then handed over to WA Police.

According to correspondence between the City of Stirling and the family, seen by the ABC, that brownie tested positive for THC.

Sharp Holdings is fully owned by Nathan Edward Sharp, and he is listed as the sole director.

When contacted by the ABC on Tuesday afternoon to raise the matter, Ms Sharp declined to comment.

The ABC then received an email requesting more time to seek legal representation and engage a “defamation specialist”.

To our understanding, there is no need for this story to be released so urgently in the morning.

We wish to advise that the release of this story will negatively impact our business immensely and we will be suing for defamation.

There has already been a thorough investigation conducted by WA Police and completed with no charge.

If ABC Radio decide to ignore the request to delay, could you please confirm the time it will be aired on the radio so that we can record it for future legal action.

A lawyer acting for the City of Stirling confirmed cafe owner Nathan Sharp was charged with two offences under section 18, subsection 2 of the Food Act 2008, for selling unsuitable food.

The law states: For the purposes of this section, it is immaterial whether the food concerned is safe.

Bada Bing’s owners released a subsequent statement on Wednesday afternoon, saying they would “continue to fully investigate this allegation”.

“It came as a total shock to us that a Perth family is alleging that they became ill after eating at our cafe,” Simona Sharpe said.

“We have cooperated with WA Police who have confirmed that their investigation has been completed and no charges will be laid.

“We have cooperated with the City of Stirling in their investigation.

“We are most disappointed that we only came to know of the two charges being laid by the local council under the provisions of the food act on ABC Radio this morning.

“Neither our lawyer nor we have been served with any papers to date.

“There will now be a court process, which has to take its course. We want to respect this process by not commenting any further at this time.”

On the cafe’s website, it says their cakes and desserts are homemade.