The rise of Betty’s Burgers 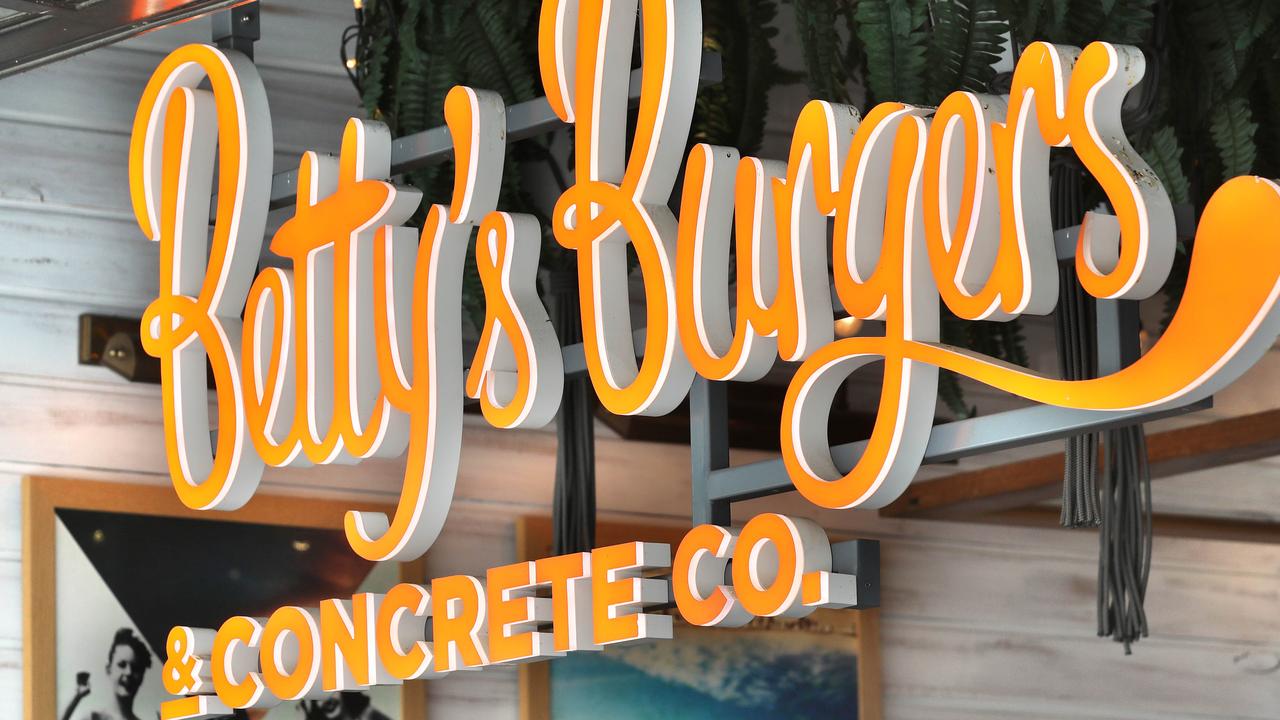 The little beachside shack from Noosa Heads, Betty’s Burgers and Concrete Co is coming from the outside straight to become one of Australia’s most popular burger chains.

Bettys Burgers has 39 stores across the country, but it has arguably been the form player during the Covid pandemic. boosting its 2021 sales by about 20 per cent to $83.2 million.

Related Food: Where to eat and drink in Sydney

With an endless combo of meats, sauces, and artisanal buns, Australia’s $9 billion burger market has become quite the mouthful.

There’s the “big three” players: McDonalds, Hungry Jacks, and Grill’d, while chicken-based challengers KFC, Oporto, Nando’s and Red Rooster are also jostling for your order alongside the likes of Carl’s Jr, Burger Project, and Ribs & Burgers.

Racing up the outside, however, is a little beachside shack from Noosa Heads. Betty’s Burgers and Concrete Co. might only have 39 stores across the country, but it has arguably been the form player during the Covid pandemic.

The slick chain of 1950s-themed diners has enjoyed a meteoric rise since launching in Queensland seven years ago, growing steadily from a single outlet on the Sunshine Coast to now having a restaurant in nearly every state and capital.

Its menu has inspired a cult-like following among fast-food junkies, with Betty’s arrival in a new suburb, town, or city usually considered as a news item.

Such is Betty’s success that it has become the major money spinner for parent company Retail Zoo – with burgers and fries far outstripping the sales contribution from the conglomerate’s more widely-known brand: Boost Juice. Betty’s Burgers and Concrete Co. might only have 39 stores across the country, but it has arguably been the form player during the Covid pandemic. Picture: NCA NewsWire / Dean Martin

Financials lodged this week with the corporate regulator showed that – despite pandemic lockdowns – Betty’s Burgers boosted its 2021 sales by about 20 per cent to $83.2 million, more than half of Retail Zoo’s total sales revenue.

Encouraged by a boom in takeaway orders, six new Betty’s restaurants were opened during the pandemic – including first-time forays into Perth and Newcastle – while another five will be opened in the next four weeks.

Retail Zoo spent $6.5 million on Betty’s restaurants in 2021 – the most out of any of its food brands – and dropped $16 million on the Betty’s network the year before.

What’s more, the company estimates it can keep opening 12 to 15 restaurants each year until it reaches about 150, which is more than three times its current presence.

So what’s the big deal?

Betty’s menu is by no means expansive, with diners able to choose from a seemingly standard list of American-style burgers, fries, shakes, and ‘concrete’ frozen custard ice creams. Sure, there’s alcohol available in-house, and the retro doo-wop era decor is pretty fun – but it could also be argued that these tactics have been used by a litany of boutique burger chains over the past decade.

The answer, according to Betty‘s managing director Troy McDonagh is actually nothing remarkable.

“We’ve done that from day one. We had the beauty of opening our first in a pretty nostalgic, iconic location in Noosa, and we just try and carry that forward.

“That doesn‘t matter whether we’re in Elizabeth Street, Melbourne, or Forest Place in the CBD of Perth.”

Betty’s sprung up in Noosa Heads in 2014 after entrepreneurs David Hales, Nik Rollison and Michael Tripp spotted an opportunity in the local market for fresh, casual dining. Neither had an association with each other, with Mr Hales telling the Sunshine Coast Daily in 2014 that his restaurant was named after his own grandmother Betty.

Regardless, the new outlet became a local favourite, and was soon winning over the rest of Australia.

Within three years private capital came knocking, and Betty’s Burgers was gobbled up by the Melbourne-based Retail Zoo, which is run by Shark Tank star Janine Allis, and in turn funded by Bain Capital.

Most of Betty’s 39 current restaurants remain in Queensland’s southeast corner – including Brisbane, Gold Coast, Toowoomba and the Sunshine Coast – although outlets continue to multiply across Sydney, Melbourne, Perth, Adelaide, Canberra, and Newcastle.

Mr McDonagh says he considers Betty’s to be the best guest experiences in food retail.

“Our leaders are engaged, they know where we‘re going, they know we’re in a growth business, we’re a growth brand … they support that we’ve bought a product that is a simple, fresh product,” he says.

“We’ve never tried to be anything more than a simple fresh burger place. We’ve got out beautiful milk buns, the meat patties, the sauces that we make in house … the burger range has been at eight to 10 and hasn’t really expanded beyond that.”

The rise of Betty’s is even more remarkable given the reported stagnation of the Australian burger marketplace during what has been a couple of difficult years for food retail.

Figures published by market data firm IBISWorld estimate the Australian fast food burger market has declined 0.7 per cent on average each year since 2016, and will slip another 1 per cent in 2021.

IBISWorld says it is currently a $8.8 billion industry, having been worth $9.5 billion at its peak in 2018, reflecting the impact of Covid-19 lockdowns, even as the use of food delivery apps soars.

There’s also more competition on the horizon, and for Betty’s, it’s from a familiar source.

Like Betty’s Burgers, they plan to roll their venture out across the country.

For now, McDonagh, is focused on keeping the Betty’s juggernaut running. There’s also a new lobster burger on the way this month.

“What I’ve found, is there’s this almost transformation that happens when you go into a Betty’s,” he says.

“People have experienced Surfers Paradise, they’ve been to Noosa, they’ve done it at Manly … It’s almost a holiday transformation, and at each of these time-outs you‘re having a classic burger. You’re having a chocolate shake.

“You’ve got that 20 minutes where you could be anywhere in the world.”