Straws to go from SA – and that’s just the beginning 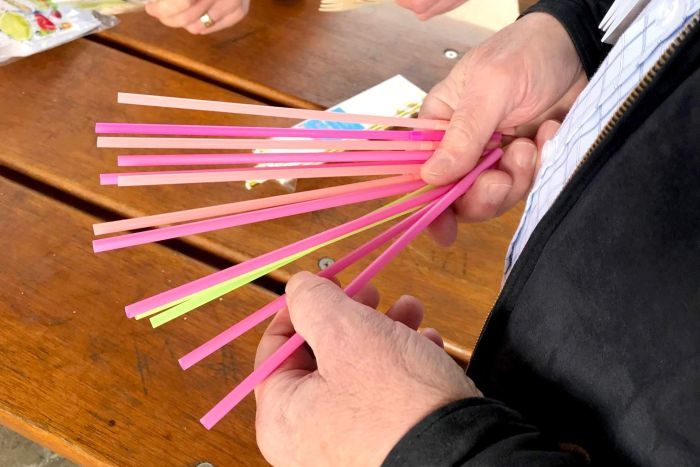 A range of single-use plastics including straws and cutlery is set to be banned in South Australia — but that could be just the tip of the iceberg, with items including takeaway coffee cups and plastic bags also in the firing line.

The SA Government said it intended to draft legislation later this year banning certain single-use plastic products, with the intention of introducing it to Parliament in 2020.

It follows a six-week consultation period earlier this year which garnered more than 3,500 responses, with an overwhelming majority in favour of “government intervention”, Environment Minister David Speirs said.

Mr Speirs said the ban would make South Australia the first state in the nation to outlaw plastic straws and drink stirrers.

“At first, we will look at products including plastic straws, cutlery and stirrers, with items such as takeaway polystyrene containers and cups next,” he said.

The biggest question for many seems to be what to line rubbish bins with now that free bags are no longer.

The Government said a pilot program to establish “plastic-free precincts” would help to refine the policy, with the longer-term intention of phasing out items including polystyrene coffee and soup cups.

Public consciousness about the environmental impacts of plastics has been growing in recent years, and has been highlighted by photos showing seabirds which died from consuming plastic.

It has been estimated that Australians use 10 million straws every day although that figure has been contested.

As part of its approach, the Government said it intended to establish a taskforce comprised of industry representatives to “ensure that impacts are mitigated” and that “appropriate time” is given for businesses to transition.

A policy document entitled Turning the Tide on Single-use Plastic Products, which was released on Saturday, sets out the approach and outlines the scale of the environmental problem.

“The majority of plastics are produced from fossil fuels, representing around 6 per cent of global oil consumption. This is equivalent to the global aviation sector,” it says.

“At least 8 million tonnes of plastics end up in the ocean each year.

“This is equivalent to dumping the contents of a garbage truck each minute and if current trends continue, by 2050 there will be more plastics in the ocean than fish.”

Non-biodegradable single-use plastic bags have been banned at South Australian supermarket checkouts for about a decade, with consumers charged a small amount for reusable bags.

But the Government has flagged an intention to tighten regulations to ensure fewer end up in landfill, rivers and oceans.

“There is strong support from respondents for all checkout and produce bags to be made from compostable materials and to extend South Australia’s plastic bag legislation to include thicker bags,” it said.

Adelaide City Council voted in July to ban straws at council-run events and those in the Adelaide Parklands, after the issue was highlighted last year by the ABC’s War On Waste program and its Straw No More campaign.

Single-use plastic bans have been proposed or implemented overseas, including in Europe and California.