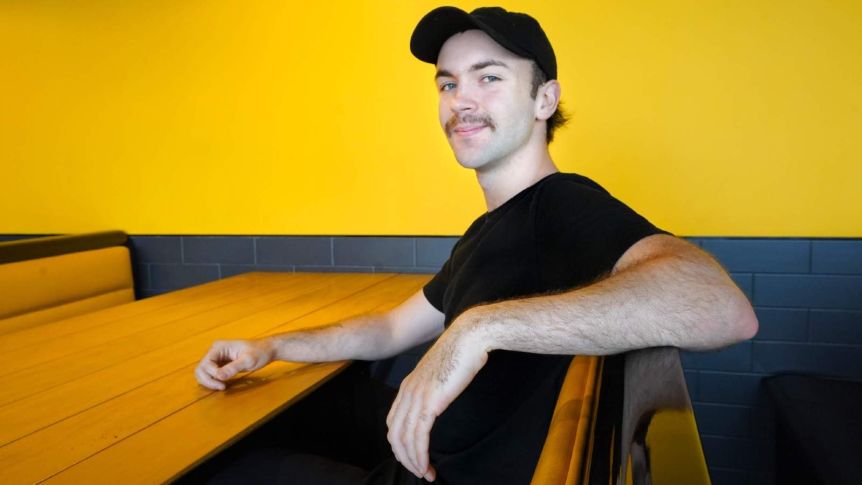 At 14 years of age Zaynn Bird was a sub-par McDonald’s employee. At 23 he owns a rapidly growing burger business.

“When I say a learning curve, I mean we failed for six months. I can happily say that,” he said.

Prior to opening, the sole owner and operator spent two months refitting a former carvery and had cooked just 10 burgers.

The burgers were fine to eat but pinkish in the middle — not the style he wanted.

Soon enough the 21-year-old with no commercial kitchen experience but a shopfront in his name — and staff dependent on him— was feeling the pressure.

Fast-forward 16 months and the business is selling 1,000 burgers a week and set to open its first chain store in a capital city.

“Hitting rock bottom, you bounce back so much harder,” Mr Bird said.

From hobby cook to burger king

Mr Bird has wanted to do something with food since he was 12.

“Whenever Dad was cooking, I just wanted to be in the kitchen,” he said.

At 15, a burger from an Adelaide shop changed everything — nothing flash, just special sauce, lettuce, tomato, beef patty, cheese and “their own pickles”.

“It was just so basic but one of the best things I’ve eaten,” Mr Bird.

He knew he could recreate it.

Three years and lots of YouTube videos later, the then-18-year-old sold his first burgers from home, on the advice of friends.

He advertised a homemade menu on Facebook and operated for three days — illegally (without council approval), he later found out.

In October 2017, he upgraded to the kitchen at a local football club.

A year later he signed a lease for Stax Burger Co at a vacant space in the shopping centre.

Some help from Dad

Mr Bird’s father is the closest thing he has had to a business partner.

When the footy club stint was over, he started planning everything for his own shop in a little black book — table designs, menus, pricing structures.

“It was really cool, he was super supportive always.”

Every detail, from the special potato buns imported from Pennsylvania to the store layout and style of furniture, came from those plans.

Mr Bird did much of the fit-out himself and developed the online ordering system.

“I always wanted to do something big. It was never little.”

Growing a team the ‘best part’

Mr Bird said he wanted to veer away from the management styles he had experienced.

“I never really liked how staff have been managed, how they’ve been talked to and just made to feel.”

He prefers his staff to work “with” him, not for him, and he has hired in a way that reflects a family environment.

And unlike other bosses, Mr Bird lets his staff have their phones on shift.

“If my staff want to quickly check their Snapchat, OK. We know when to hustle.”

“A lot of people didn’t want to work for me [initially]. They were worried about the inexperience … could I actually do it?”

By the time 18-year-old Mahsun Kemp joined the team last summer, those fears had dissipated.

“I love coming to work because I know it’s going to be a good environment,” Mr Kemp said.

“Zaynn makes it so much fun. We get work done so much easier.”

Mr Kemp is one of the workers Mr Bird has lined up to open his store in Adelaide.

“I just know that I’d be in good hands. Zaynn would take care of me,” he said.

Start-up store only the beginning

Adelaide is just part of the bigger picture Mr Bird has in mind — a store in every Australian capital by the time he is 25, which is just two years away.

“But one city at a time, nothing too big at once.”

In the long term, he’d like to take a more creative backseat in the business as a photographer.

And rather than train employees, he wants to train his employees to train them.

“It’s kind of funny … even if they don’t stay with me, they’ve got out and experienced what it’s like to launch a shop.”

“I don’t expect anyone to be tied to me, but I’d love them to stay with me.”