How to revive stale crusty bread 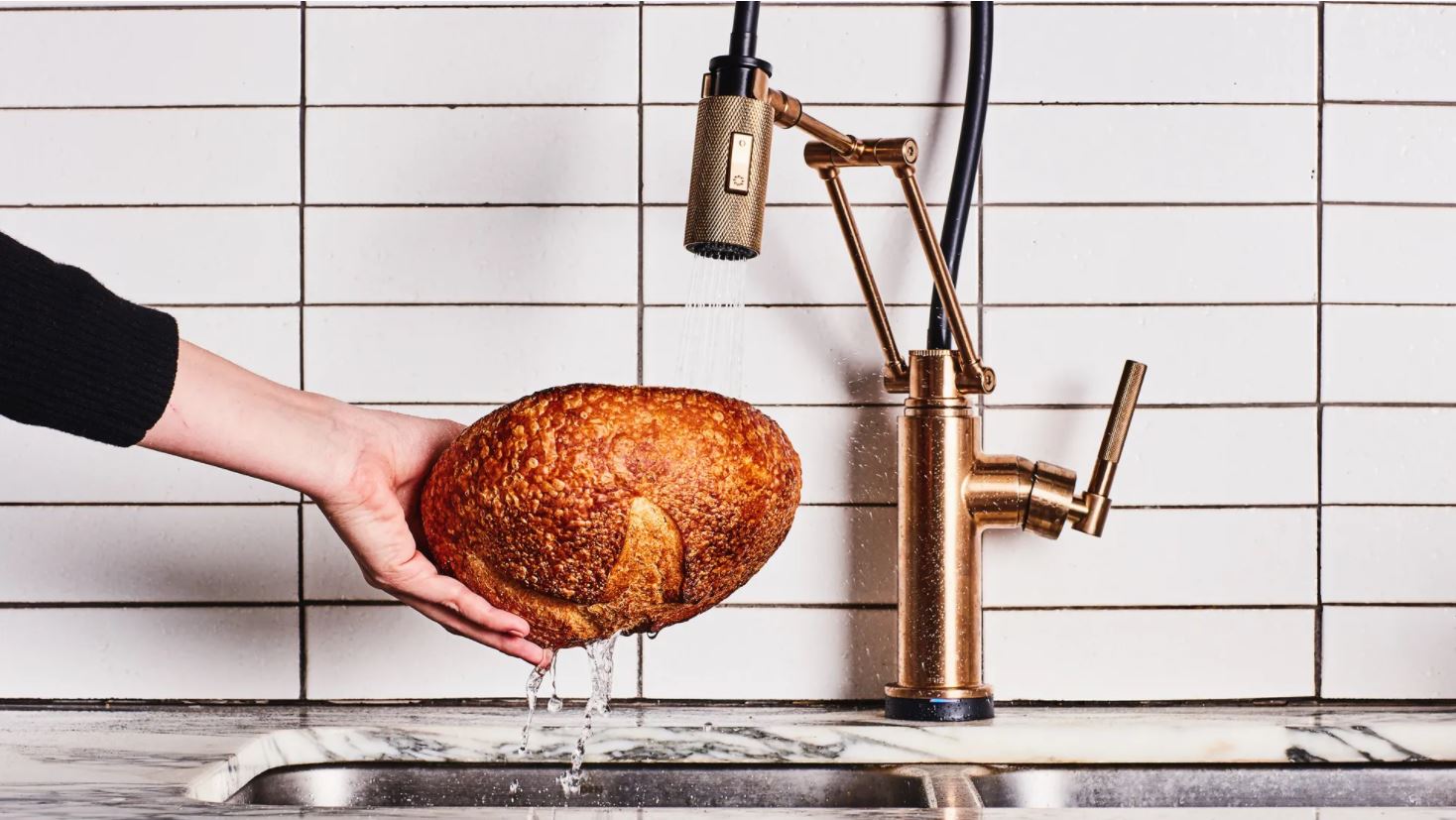 ​My mum used to brush stale bread rolls with water and put them in the oven and they would always taste fresh again. O. Tickner

There is a lot going on in a stale loaf of bread. Flour is about 70 per cent starch and about 10 per cent protein. When the flour was initially mixed with water before the dough was baked, several things happened. The water helped two separate proteins combine to form gluten – long stringy, elastic strands. The water was also absorbed by the starch. Some of the starch granules swelled up and gelatinised as the bread cooked. The rubbery gluten then gave up its water as it hardened and the starch absorbed more. Not long after being removed from the oven, the swollen, gelatinised starch granules begin to give up the water they absorbed. They started to re-form crystals. The bread went from having a crisp crust and moist crumb to become a hard and leathery block. This staling process speeds up in cold conditions, which is why it’s best never to keep bread in the fridge. To revive stale bread, preheat the oven to 150C. Run the loaf under the tap. Place on a rack and then in oven for 10-12 minutes. By the time the inside of the loaf reaches 60C, the temperature at which the crystals rehydrate, the crust should be gold and crisp.

What is the secret to battered oven fries? P. Adamson

Dapto dogs on the telly in the bar, a schooner of ice-cold beer on the Laminex table and a heart-stopping chicken parma on thick, chipped dinnerware. Aah. Club Life. The thing about battered fries is that they are not battered as such, rather cooked then drenched in spiced flour. To make them, heat the oven to 200C. Take three large scrubbed potatoes and cut them into wedges. Put them in a saucepan, cover with water, add a tablespoon of distilled vinegar, some salt and bring to the boil and cook for 10 minutes until soft. Drain. Place in a bowl and pour over 125ml of buttermilk. Meanwhile mix a teaspoon each of garlic powder and white pepper with 145g plain flour, 100g cornflour and ½ teaspoon baking powder. Drain the potatoes and dredge them in half the seasoned flour. Add the rest of the seasoned flour. Gently shake excess flour from the potatoes before you place them on a tray lined with baking paper. Bake on one side for 10 minutes. Flip. Bake for a further 10 minutes. Season with salt. Serve with a chicken parma and cold beer.