Restrcitions would stall the economy a further 6 months 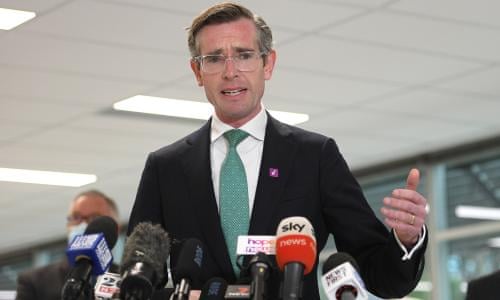 Modelling undertaken by KPMG on the economic effect of the gradual lifting of restrictions at 80% vax compared to 70% would result in the economy stalling for a further 6 months. Chief economist at KPMG Brendan Rynne wants policymakers to realise what was at stake for workers and businesses from persisting restrictions.

Delaying the end of Delta lockdowns and only gradually lifting restrictions after achieving vaccination coverage of 80 per cent would stall the economy for a further six months and keep unemployment above pre-Covid levels well into 2022, exclusive KPMG modelling has revealed.

With NSW, Victorian and ACT authorities focused on the health implications of their recently announced road maps out of severe restrictions, KPMG chief economist Brendan Rynne said policymakers needed to understand what was at stake for workers and businesses from lingering stay-at-home orders.

“The conversations our leaders are having with the population around the different paths of reopening are predominantly focusing on the health consequences of these different transition paths,” Dr Rynne said. “What we are highlighting is there are economic consequences as well, and the trade-offs need to be understood.”

The KPMG analysis gauged the potential economic impact of health authorities’ decisions under three scenarios: a fast reopening once vaccination rates reach 70 per cent; a slower scenario where lockdowns lift only incrementally from 80 per cent inoculation levels; and a base case, broadly following the Doherty thresholds.

Dr Rynne said reopening plans announced in NSW on Monday approximated something a little faster than the base case, and the Victorian road map a little slower. “If a fast 70 per cent vaccination threshold was adopted as the trigger point for wholesale withdrawal of lockdown restrictions, then we would expect economic activity to bounce back in a similar manner to what occurred after the first lockdown in the middle of 2020.”

In contrast, waiting until vaccination rates reached 80 per cent before beginning to slowly ease Delta restrictions would delay the post-lockdown economic bounce from the December quarter to the June quarter of next year, with “the economy treading water” for six months.

He estimated that real GDP was set to contract by 2.6 per cent in the September quarter – well below the 4 per cent decline anticipated by leading bank economists.

Under the base case, the easing of restrictions would drive a 3 per cent rebound in GDP over the final three months of this year against the fast reopening scenario, which suggests the bounce in output would be 3.9 per cent.

If reopening was delayed and staggered, the economy would grow by 1.6 per cent in the fourth quarter, and by 1.2 per cent over the following three months, putting off a more substantial rebound of 2.7 per cent until the June quarter of 2022.

Dr Rynne said a further risk in a delayed reopening scenario – not captured in his modelling – was for a higher number of business failures. “I think there is a very much a sense that small businesses are holding on – and they are just holding on,” he said.

The modelling revealed the key consequence of a delayed reopening would be higher unemployment than otherwise.

Dr Rynne forecast the unemployment rate would lift from what economists have said was an artificially low 4.5 per cent in Aug­ust, to 5.6 per cent in coming months. Under a faster reopening, the key jobless measure would be below 5 per cent by the March quarter of next year, versus languishing at close to 5.5 per cent under the slowest scenario. In the base case, unemployment would be 5.1 per cent by early next year.

By the middle of 2022, under a slow reopening, unemployment would be stuck around 5.2 per cent – still above pre-Covid levels of 5.1 – versus 4.7 per cent in the fast scenario and 4.9 per cent in the base case.