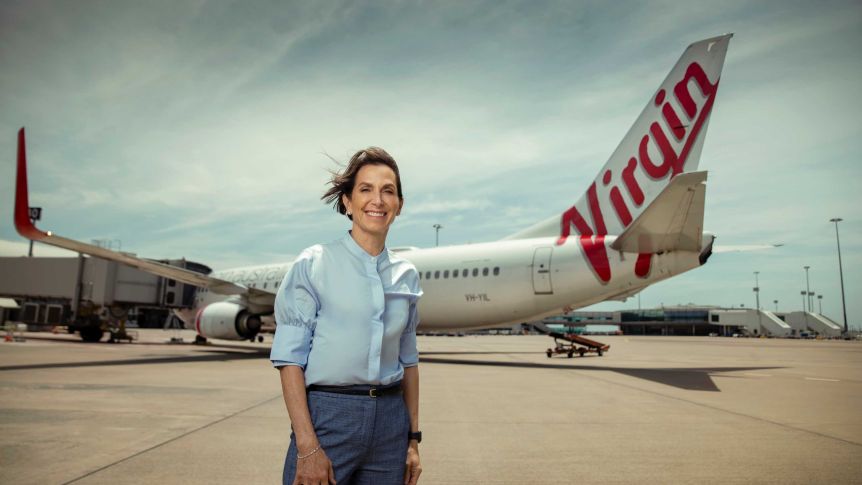 Aus’ second airline is now owned by US equity group Bain Capital and has been de-listed from the ASX with public equity ownership apparently being the original source of its difficulty – the new owners are obliged to pay out only 9-13 cents in the dollar to former shareholders. Employee entitlements will be honoured.

The best news for the Australian tourism industry is that customer credits will also be honoured. The group are repositioning as a mid-market carrier, since now their intention of competing in Qantas’ premium space has proved a failure. It is unknown what Virgin intends to do regarding new, maintained or dropped routes.

The administrator credits a strong company culture with its ability to secure positive outcomes in the most dire of circumstances.

Quote from ASIC; On 4 September 2020, at the virtual creditors’ meeting, creditors approved the DOCAs*, which are estimated to give ordinary unsecured creditors (including bondholders owed circa $2b) a dividend of 9-13 cents in the dollar; employee entitlements will be covered in full; and customers credits will be honoured under new ownership.

Sale of Virgin Australia to Bain Capital during COVID pandemic was like no other in Australian corporate history, says administrator

When Deloitte’s lead administrator stepped in to restructure Virgin Australia after it collapsed in April, the immediate question was how to sell Australia’s second-biggest airline while it was burning $200 million a month.

At close of business, the $3.5 billion sale of the Virgin Australia Group, with the shares and the entire business of the airline transferred to Bain Capital, was completed.

“It’s been an extraordinary journey,” Mr Strawbridge said, having worked with John Greig, Richard Hughes and Sal Algeri to complete the sale over the past six months.

“Bain Capital takes custody of the airline after one of the most challenging administrations in Australia’s corporate history, not least as a business, an employer of thousands of people, and a key contributor to national and state economies.

“Triggered by the COVID-19 pandemic, it has been a process like no other in Australian corporate history.”

He said there had been huge challenges, but none more so than cash.

“Upon entering into administration there was over $800 million cash in the group, but the majority was restricted so we couldn’t access it,” he said.

“That was really our biggest challenge — how much cash have we got?

“The cash drain on the business was about $200 million a month.”

As administrators, they had some power to disclaim contracts and call on landlords and suppliers to help them reduce the cash burn.

He said landlords (the airports) agreed to reduce rent and aircraft leasors agreed to let them only pay for what the airline used, which with most domestic and international flights grounded, wasn’t much.

No chance of a bailout

The administrator and Virgin’s former chief executive Paul Scurrah failed in funding pleas to “third party sources” and to the Federal Government for a bailout.

“The Government didn’t have the appetite to provide the funding — they were very upfront and told us we needed to have a market-based solution. There wasn’t going to be a bailout,” Mr Strawbridge said.

“My daily calls with Nicholas Moore [the person appointed by Treasurer Josh Frydenberg to liaise with Deloitte] were useful to understand what could and couldn’t be done from the Government perspective.”

Mr Strawbridge won’t speculate whether the Government would have stepped in with a last-gasp rescue package, had a sale not happened.

“Luckily we didn’t have to find out because we were able to solve the problem ourselves,” he said.

The other major challenge, he said, was securing a bidder in a tight timeframe — by June 30.

He said insolvencies are inherently complex, but the COVID-19 shutdown posed additional hurdles, as meetings needed to be undertaken virtually.

Who is bidding for Virgin?

Four firms were initially shortlisted by Virgin Australia’s administrators to bid for the airline, this is what we know about them.

He said Bain Capital won the final bid (Cyrus Capital Partners was running as a close alternative) not just because it had deep pockets — although providing interim funding of $125 million and promising to take economic responsibility for the business from July 1 certainly helped Bain across the line.

Mr Strawbridge said Bain also ticked most of the criteria they wanted addressed: the certainty of the airline continuing; the protection of creditors including Virgin’s employees; and the $600 million in credits owed to customers.

“The week before the final bids one thing we did do is listen to the bidders and [consider] their concerns,” he said.

“We completely reframed and restructured the way we sold the business.”

“[Virgin Australia] is a business and brand loved by its employees,” he said.

“Its culture is why people feel such an affiliation with the business. We really experienced that from day one.”

Mr Strawbridge said even through the pandemic-driven national shutdown, mass redundancies and thousands of workers being stood down, Virgin’s workers stayed positive and would even reach out, thanking him and his team for helping the airline move into its next phase.

“People believe in the business … and Bain see that value. They will make sure that they protect that company culture because that’s [now] Bain’s competitive advantage.”

While Bain has promised to protect workers entitlements, there are concerns that workers may have to take hefty pay cuts.

Mr Strawbridge said negotiations between Bain and the unions were currently underway and he was confident there would be an outcome acceptable to both parties.

“The environment remains challenging for the business and the aviation industry, but the airline is now in the best possible place to meet those challenges,” he said.

Incoming Virgin Australia Group CEO Jayne Hrdlicka, who officially starts in the job on Wednesday, thanked Mr Strawbridge and his team at Deloitte “for helping to make history today”.

“It’s been a hard journey, and they’ve shown incredible resilience and commitment to the future under the toughest circumstances.

“It’s a privilege to join such a dedicated, hardworking, and passionate team tomorrow as their CEO.”

A Bain Capital spokesman said, “the administrators have managed a complex situation with professional diligence and prioritised the best interests of Virgin Australia, its employees and the public”.

“Bain Capital is delighted to be assuming formal ownership and looks forward to supporting Virgin Australia to re-establish itself as an iconic Australian airline.”