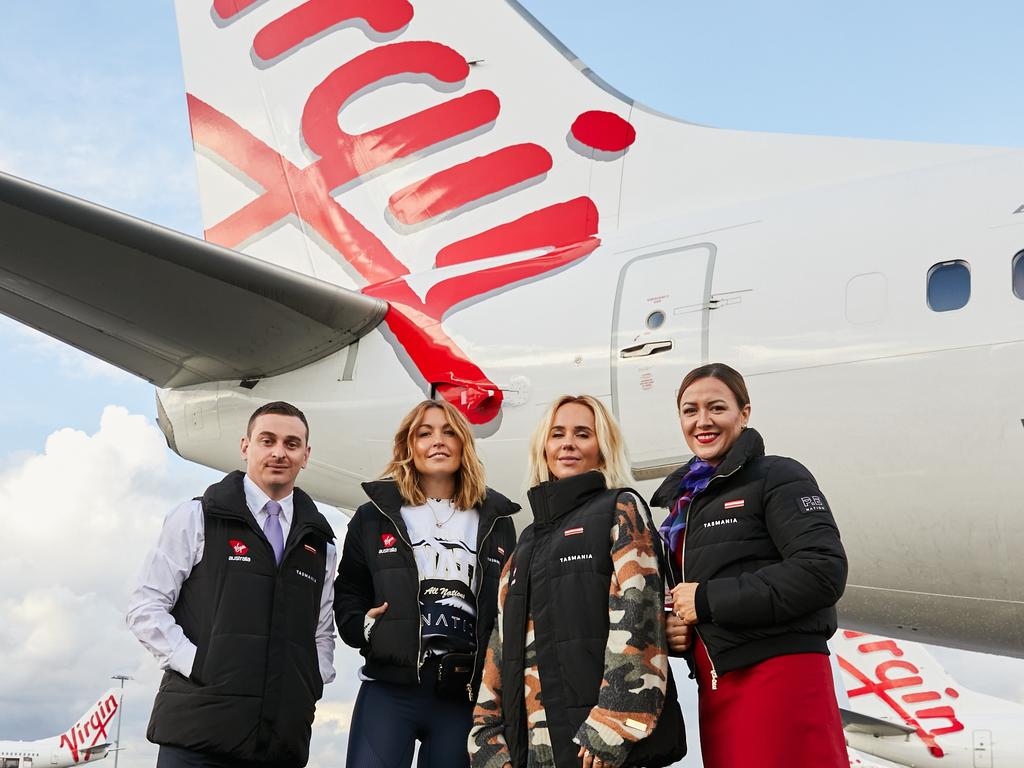 Virgin Australia has launched its new revamped uniform for flights to Tasmania, designed by Pip Edwards brand the revamped uniforms feature an activewear spin on traditional airline attire, including a sleeveless black high-neck puffer vest, and a hooded bomber jacket.

Accommodation Sector excited about the future

The activewear craze that has engulfed the world during Covid has spawned a new partnership between airline giant Virgin Australia and fashion label, P.E. Nation.

The revamped uniforms feature an activewear spin on traditional airline attire, including a sleeveless black high-neck puffer vest, and a hooded bomber jacket.

Made from 100 per cent recycled fabric and dubbed the “Tassie tux”, the P.E. Nation-designed items were designed to worn over Virgin’s signature mid-knee length red dresses or teamed with black trousers and shirts, coming into effect from Wednesday.

The collaboration came after Virgin Australia and Tourism Tasmania approached P.E. Nation to update its uniforms in line with the Tassie winter, with the puffer considered an “unofficial uniform of the island state”. No changes to uniforms on other routes are being considered at this stage. 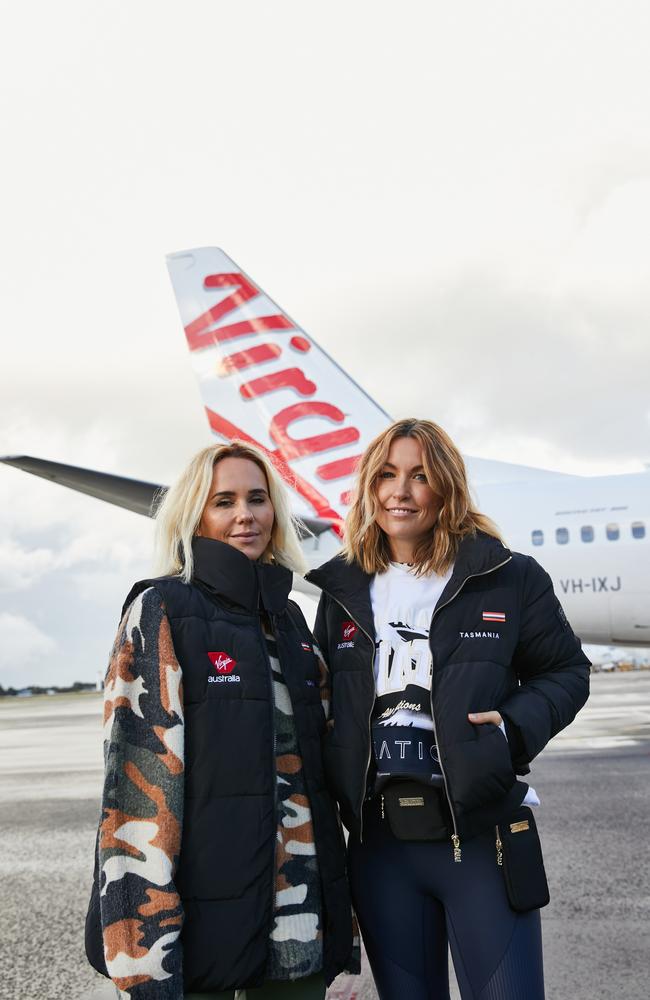 “Function and comfort are key to our daily lives, and the black puffer jacket is a staple in everyone’s wardrobe,” Ms Edwards said.

Her P.E. Nation co-founder Claire Tregoning said the Virgin redesign centred around a “sporty puffer jacket – an essential part of the Tassie wardrobe” due to its chilly winter climate. 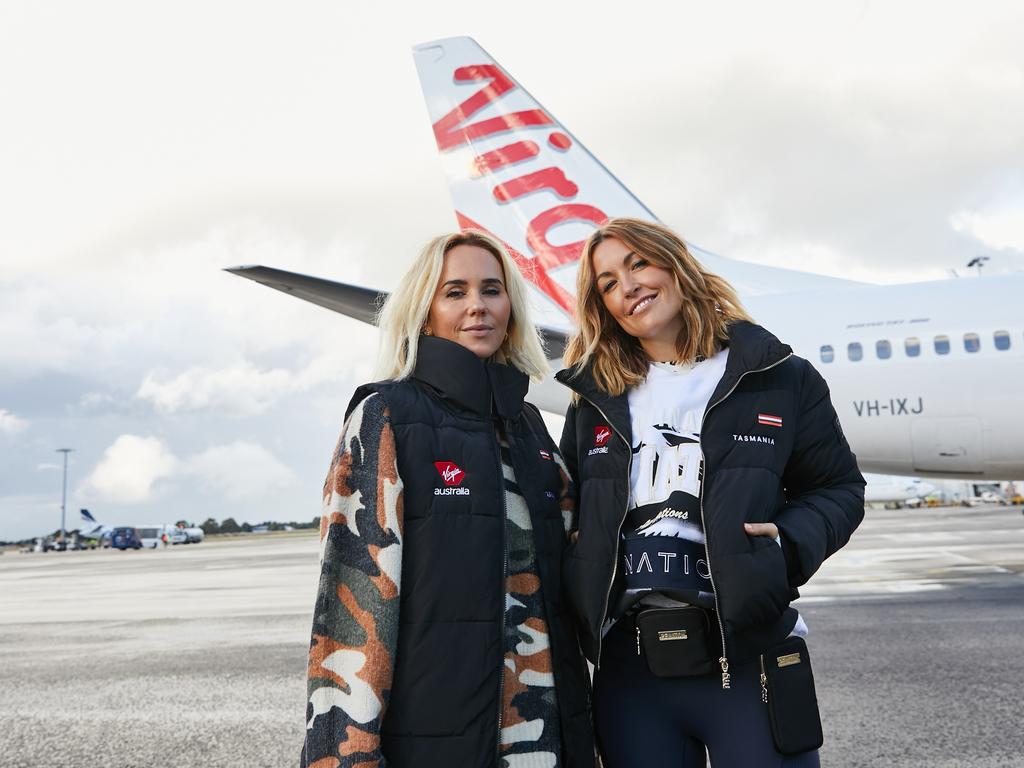 ‘The puffer is part of our lifestyle now.’ Picture: Virgin Australia/P.E. Nation

“Gone are the days of the formal wool coats, it does feel like the active puffer jacket is part of our lifestyle now – everyone is comfort dressing,” Ms Tregoning said.

“It’s more relaxed, it’s not as formal. It was about creating a fashionable silhouette for an iconic piece of their wardrobe.”

The P.E. Nation x Virgin uniforms are “as sustainable as possible, using recycled polyester for the wadding of the inside of the jackets, and the material on the outside,” Ms Tregoning said.
“At the moment, we’re sitting at about 80 per cent sustainable materials in our collections, and it is super important for us.” 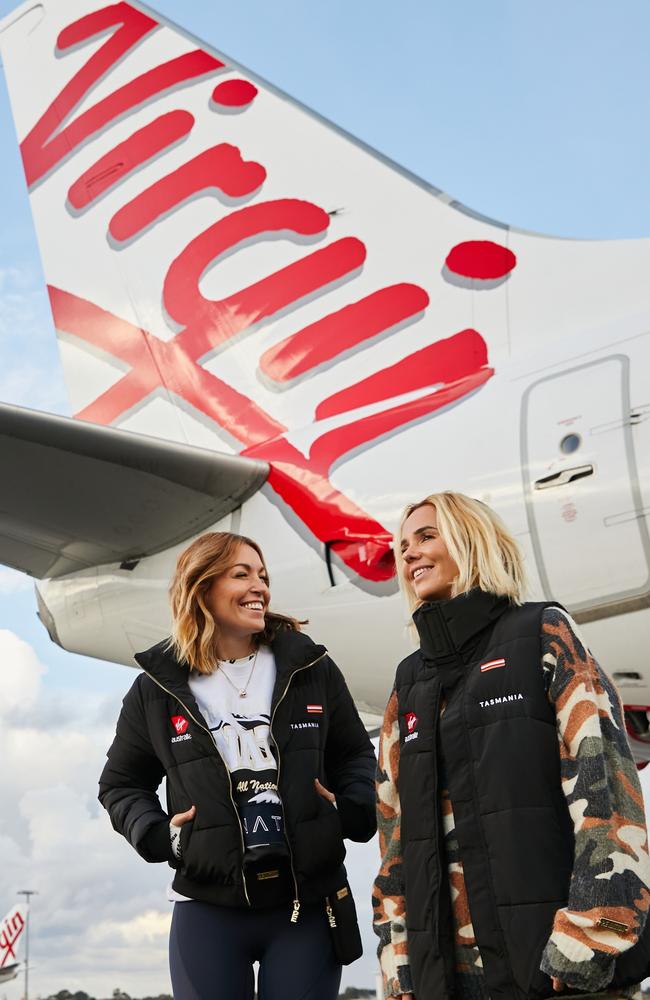 P.E. Nation is expanding overseas, with its first international base in California. Picture: Virgin Australia/P.E. Nation 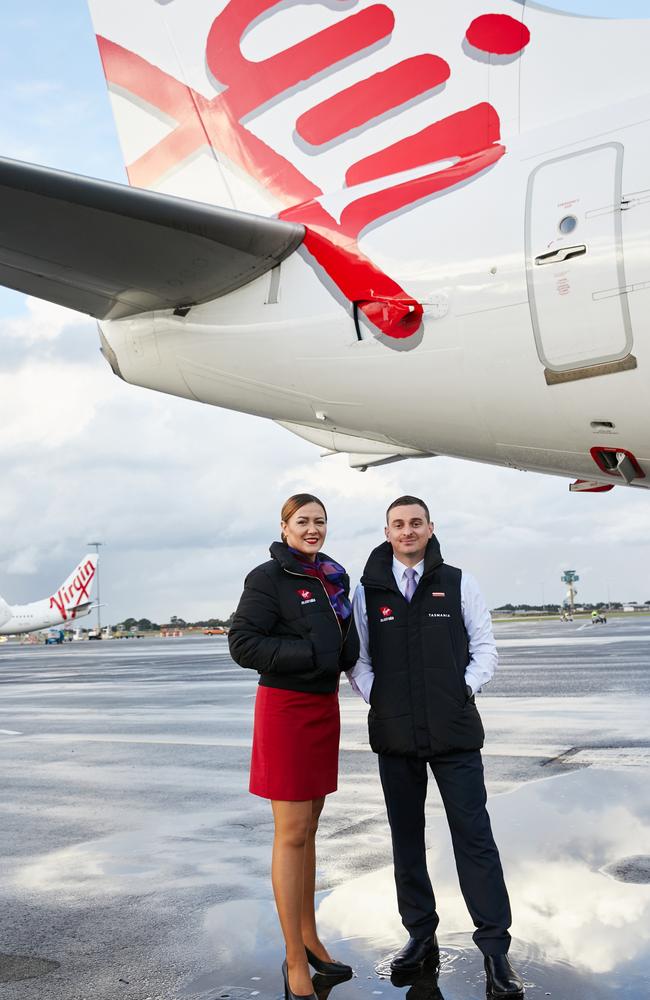 “The fashionable yet functional designs are the perfect addition to elevate the current uniforms,” Ms Minogue said in a statement.

Meantime, P.E. Nation is expanding internationally, with the brand stocked in high-profile overseas retailers – among them, Net-a-Porter, Browns and Selfridges.

Ms Tregoning and Ms Edwards are preparing to launch their first international office, to be located in California as part of its “global push”.