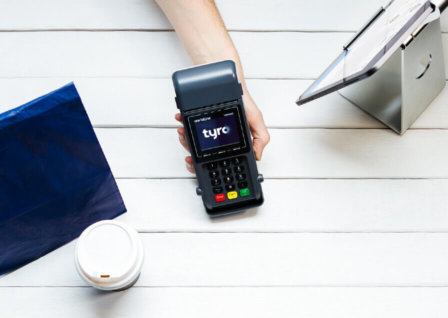 Embattled payments technology company Tyro has defended its response to week long outages after its terminals were ‘bricked’, leaving small businesses around the country unable to process payments.

Tyro is the largest provider of Eftpos terminals outside the big four banks and alerted the Australian Securities Exchange to a “terminal connectivity” outage last week which it said affected less than 15 per cent of its terminals and less than 5 per cent of customers.

Small businesses owners have flooded Tyro’s Facebook page with complaints with one posting “Two of my venues can’t accept card for four days. I’m expecting you guys will cover loss of revenue?”.

Tyro chief executive Robbie Cooke told The Age and The Sydney Morning Herald the problem was confined to a subset of Tyro’s terminals that have a particular version of software installed.

“We understand the significance of this disruption and sincerely apologise to our impacted merchants,” he said. “We are committed to genuinely considering all options to help our customers who have been impacted by this issue and these discussions will be prioritised once the issue has been completely resolved.”

Mr Cooke said Tyro had been actively collecting, repairing and returning terminals and was working “24/7” with terminal provider Wordline and partner Amtek.

“We are working at pace and will be in a position to update customers and the market on this shortly, when we will also have a clearer idea of how long it will take to have most impacted customers back to normal operations,” he said.

Tyro listed on the Australian Securities Exchange in December 2019 and is chaired by former Telstra chief executive David Thodey.

The fintech was valued at $1.4 billion on debut and reported a $19 million loss in February last year.

Melbourne craft brewer Moon Dog was one of the businesses hit by the outage with nine of its 14 Tyro terminals bricking on Wednesday last week and chief executive Maurice McGrath said the terminals still have not been replaced.

“It hasn’t affected us as much as other businesses as we have still been able to get by with the five still working,” he said.

However Mr McGrath said he would consider switching payment providers as a result of the outage.

“Our priority at the moment is to make sure they are operational again but the reality again is that when you have a significant technological issue you have to evaluate your options going forward.”