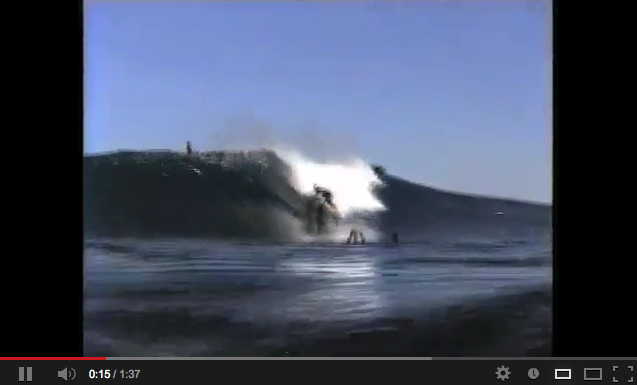 MORE than two million viewers from around the world watched the webcast of the 2013 Margaret River Pro surf event, compared with 760,000 in 2012. Elsewhere online, just one unrelated YouTube clip ‘Surfing The Box, Margeret River WA’ has had over 56000 YouTube hits. See ‘Surfing The Box’ here.

Millions tune in for surf pro

MORE than two million viewers from around the world watched the webcast of the 2013 Margaret River Pro surf event, compared with 760,000 in 2012.

Tourism Minister Kim Hames said the number of people who watched the event live through its website had increased by 174 per cent this year, providing “priceless” promotion for the Margaret River wine region and Western Australia.

“Not only did that coverage showcase the magnificent coastline at Prevelly, but the webcast also included numerous vignettes promoting some of WA’s extraordinary destinations and experiences, from the Bungle Bungle Range through to Albany,” he said.

“With the expanded competition window of nine days, due to the elevation to World Championship Tour (WCT) status of the women’s event, the 2013 Margaret River Pro attracted an estimated 25-30,000 spectators.”

The event was broadcast live into the United States on Time Warner Cable and the final day was also shown in Australia on Foxtel’s Fuel TV.

Next year, the men’s event will also carry WCT status and the competition window will expand to 12 days.