Twiggy’s $4b in Dividends Steered Toward Tourism? 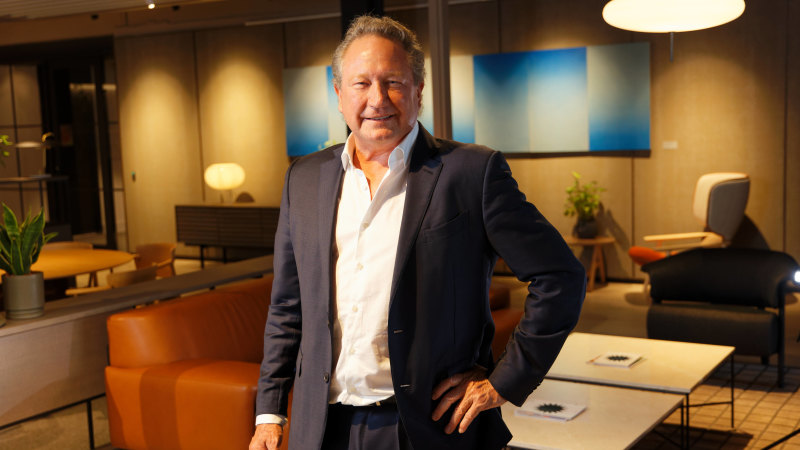 Twiggy Forrest pocketed $4b from Fortescue, and moguls don’t take dividends in order to reinvest in the same industry. Andrew Forrest has long been an advocate for lifestyles in regional towns and with his $85m eco-resort due to open in Exmouth WA, the tourism industry is hopeful his plans extend well beyond Exmouth.

Mining giant Fortescue has vowed to unveil a target next month to lower the greenhouse gases of its customers, insisting it will come with a concrete plan that sets it apart from rivals trying to “green-wash” their polluting activities.

The world’s fourth-largest iron ore miner has until now resisted pressure to follow others in the industry including BHP and Rio Tinto in taking responsibility for “Scope 3” emissions – the greenhouse gases released when customers burn or process the raw materials the miners sell.

But in a reversal of its stance on Monday, Fortescue chairman and top shareholder Andrew “Twiggy” Forrest said the board was developing the framework for a Scope 3 target and would announce one by September.

Dr Forrest said Fortescue had not wanted to set such a target until it had a firm plan in place on how it would be achieved. “Setting Scope 3 targets without a strategy on how you are going to help your customers decarbonise is pretty vapid and pointless – it ticks boxes, it gets people pats on backs, all of that, but it doesn’t actually do anything,” he said.

His pledge comes as Fortescue delivered a record-breaking full-year profit of $US10.3 billion ($14 billion) on the back of a stunning rally in iron ore prices, and announced it would double its dividends for the year to a total of $3.48.

Dr Forrest, who owns 36 per cent of the company, stands to receive nearly $4 billion in dividends across the year.

The bumper profit result was largely in line with expectations as iron ore reached as high as $US230 a tonne thanks to a Chinese infrastructure-building blitz fuelling demand for steel, while global iron ore supply was constrained due to disruptions dragging on output at iron ore mines in Brazil.

While most miners are responding to rising investor climate pressure by setting targets for carbon neutrality by 2050, Fortescue has vowed to neutralise the emissions from its direct operations by 2030 and has also mapped ambitions to diversify into green technologies in Australia and around the world via its clean-energy venture, Fortescue Future Industries (FFI).

One of its priorities is “green” hydrogen, which is created using a process powered by renewable energy, and is considered a growth industry that could eventually substitute coal in steel-making furnaces.

Scope 3 initiatives set by other mining companies such as BHP and Rio Tinto have so far fallen short of some investor and climate advocates’ expectations because they focus on investing in new technology to drive down customers’ emissions “intensity” – the amount of carbon emitted for each of steel produced – rather than absolute emissions.

“The only major miner to have set targets for its Scope 3 emissions is Glencore [40 per cent by 2035], which Fortescue would do well to improve on,” said Dan Gocher of the Australasian Centre for Corporate Responsibility, a shareholder activism group.

“While Fortescue’s ambition is encouraging, we do remain sceptical of its plans, given its operational emissions have increased 32 per cent since 2018, while production increased just 7 per cent over the same period.”

“With a range of heavy-industry decarbonisation initiatives underway to eliminate our reliance on fossil fuels, FFI will position Fortescue at the forefront of the renewable-hydrogen industry,” Ms Gaines said.