Tourism sleeping giant to be awoken 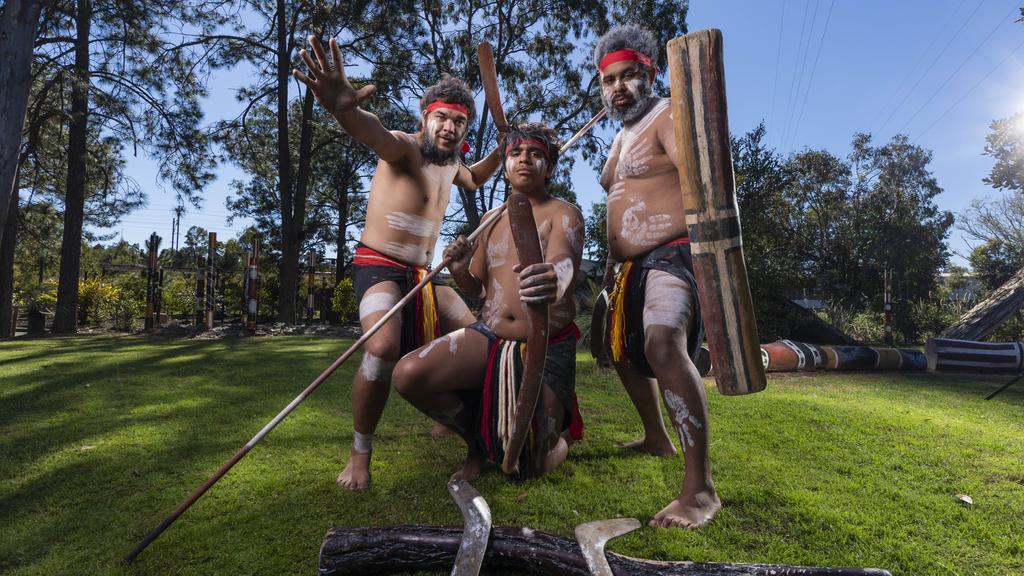 With covid devasting the tourism industry over the last 2 years, there has been a call from a leading operator to embrace the previously booming Indigenous tourism sector when restrictions ease, which doubled in visitations in the four years prior to the pandemic, in a move that can be seen as to awaken the sleeping giant of the Queenslands Tourism Industry.

Industry leaders see’s an enormous opporunity for Australia to show its Indegious tourism both domesticall and internationally when the world gets back to normal, similiar in a way to that of New Zealand, the US, Canada or Pacific Islands do.

A LEADING Queensland Indigenous experience operator believes the coronavirus pandemic can serve as the reset to awaken the sleeping giant of the state’s tourism industry.

Queensland’s Indigenous tourism sector virtually doubled visitation in four years before the arrival of Covid-19 in a sign the market was finally starting to achieve its enormous potential.

The pandemic has decimated tourism around the globe, but Spirits of the Red Sand CEO Mike Tamaki says it can also serve to create a new storyline for the world’s oldest continuous culture – storyline being the operative word for a history closely linked to Dreamtime legends.

A Kiwi who has worked in Indigenous tourism around the world for more than 40 years, Tamaki sees a unique opportunity to play to the strengths of Australia’s own Aboriginal past and culture.

“So many places around the world, you go there and they have some singing and dancing and a dinner and people leave saying they learnt so much, but they didn’t really learn anything,” he says.

“The Aboriginal people here were true storytellers and there’s an enormous opportunity to take advantage of that.

“It’s time to take it to the next level.”

He wants a greater emphasis on the rich storytelling prominent in Dreamtime legends, with different regions of Queensland working together to share different parts of the tale.

“It doesn’t make any sense for these guys to be competing against each other when they can be complimenting each other.

“You could have a real story trail across the state where different regions tell different chapters.

“Covid has stopped everything in its tracks, but post-Covid there’s going to be a lot of changes to the way we do things anyway, so let’s look at this.”

Tourism leaders have long thought Australia has not taken full advantage of the rich opportunities in Indigenous spaces in the way New Zealand, the US, Canada or Pacific Islands do, but before the pandemic, it was an industry on the rise.

Many of those people were international visitors, but in an encouraging sign during the total absence of overseas arrivals, the number of Australians visiting Indigenous experiences also grew by almost 70 per cent in the five years to 2019.

Attendance at Indigenous events run by the Queensland Tourism Industry Council grew by 600 per cent in the same period, while QTIC has also created a First Nations tourism working group.

It is a significant employment driver for Queensland’s Indigenous people, accounting for one in six jobs.

Overall, tourism accounts for one in nine jobs across the state.

“We want to be better at this,” he says.

“Tourism is a great way to connect a deeper understanding of a culture that is genuinely unique, but at the moment it is like we are still learning eachother’s language.”

Recommendations in the tourism plan included seizing the chance to capitalise on the momentum generated by Indigenous culture promoted during the Gold Coast’s Commonwealth Games, where “Jingeri’, the local word for “G’day”, and Borobi (koala) were featured prominently.

It also pointed to the potential growth of authentic Indigenous merchandise and art, as opposed to the tacky “made in China” souvenirs found in tourist shops around the country.

Queensland Premier Annastacia Palaszczuk has also recognised the importance of the sector and its potential, championing the cause to make last year the Year of Indigenous Tourism.

With Covid ruining many of last year’s plans, the promotion was extended to this year.

Whether it will be extended for a third year remains to be seen.

However, the Premier’s enthusiasm for the sector certainly hasn’t dimmed.

“Before Covid, demand for cultural tourism experiences was booming globally,” she says.

“That’s why I named 2019 the Year of Indigenous Tourism and we started to develop an Indigenous tourism strategy for Queensland.

“A focus on Aboriginal and Torres Strait Islander cultural experiences has led my government to partner with numerous traditional owner groups to develop new attractions throughout the state.

“This will be a great strength for Queensland in the future.

“Once Covid is no longer a threat, Queensland will be in an incredibly strong position to capitalise on demand for unique holiday experiences.

“These experiences are something we can all look forward to in the future once we’re able to travel more freely throughout Queensland.”

In recent years, Queensland’s Indigenous tourism performance (in terms of visitor numbers) has been shaded by NSW and even the NT, but TEQ CEO Leanne Coddington says the state has a point of difference that no other destination has.

Queensland is uniquely positioned in that market, by having ancient cultures living side-by-side with the Aboriginal and Torres Strait Islander peoples having distinct histories, cultures and experiences,” she says.

“We’re working hard to help share that story with as many visitors as possible and the Year of Indigenous Tourism initiative supports that aim by highlighting Queensland experiences where visitors can have those authentic meetings, learn about culture and connect with Country.

“There are so many ways that families can explore Aboriginal and Torres Strait Islander cultures throughout Queensland – from the characters and stories of desert country in Outback Queensland, to salt and freshwater cultures all the way up the coast, displays of artwork, tastings of traditional foods, unique Indigenous events and contemporary takes on celebrating cultural traditions.”