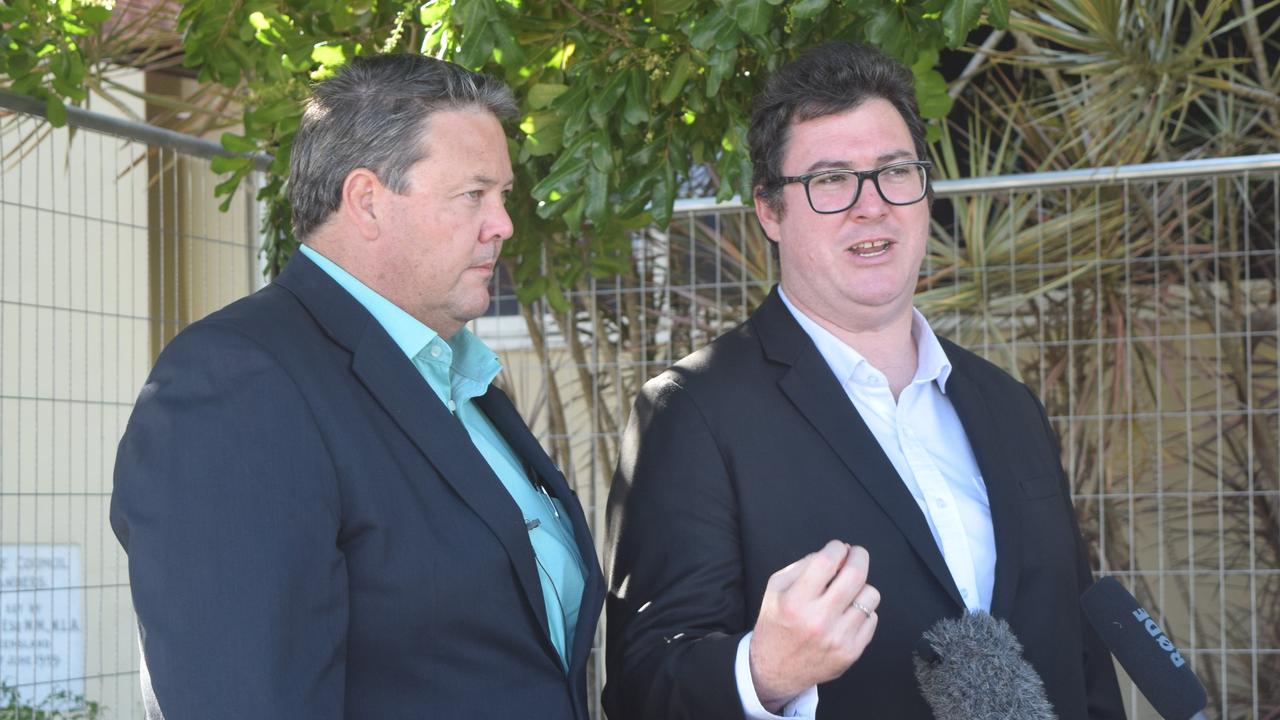 Whitsundays mayor Andrew Willcox has been announced by the liberal party to replace outgoing backbencher George Chrsitensen as its candidate for the seat of Daweson for the next federal election, The seat is a liberal stronghold having only 2 eras without a conversative holding the seat.

The Liberal National Party has chosen twice-elected Whitsunday mayor Andrew Willcox to replace outgoing and controversial backbencher George Christensen as its candidate for the seat of Dawson at the looming federal election.

Cr Willcox beat out former Mackay councillor and 2020 state election candidate Chris Bonanno, along with Burdekin-based farmer Chas Pascuale, in the vote by pre-selectors on Sunday.

The mayor, first elected to the council in 2012 before his elevation to the top job four years later, led the region through recovery efforts after Cyclone Debbie in 2017 and the pandemic’s more recent impact on the large tourism sector.

He will vie for the seat – retained by Mr Christensen with a swing of 11.2 per cent at the 2019 federal poll – against Labor candidate Shane Hamilton, who works in the coal sector and failed to unseat One Nation’s Mirani MP Stephen Andrew in last year’s state election.

Mr Christensen’s announcement in April that he would not recontest the seat sparked a push by Nationals leader Barnaby Joyce to persuade him to stay.

Talking to local media after Sunday’s decision, Cr Willcox spoke positively of his predecessor of 11 years, saying there was “no more noble job” than to serve the community’s needs.

“George Christensen is larger than life and he’s done a great job in Dawson. But I’m Andrew Willcox, I’m the new man for the job, and I will deliver for Dawson,” Cr Willcox said.

“If I am successful in winning the seat of Dawson, I can actually look out for the wider region and make sure I deliver vital infrastructure and very important services for all of the community.”

In a Facebook post on Sunday, Mr Christensen, who was condemned by federal parliamentarians from both sides of the aisle for spreading “misinformation” this month, said Cr Willcox’s selection meant Labor could “forget about Dawson”.

Mr Hamilton, a project manager in coal-mining maintenance, said the LNP needed a candidate with a profile to follow Mr Christensen. But while well-known around the Bowen-based Whitsunday council area, the mayor was less-known closer to Mackay.

“[It’s] kind of a battle between the north and the south I suppose,” Mr Hamilton said, with Labor’s campaign set to focus on casualisation in the mining sector and the suffering tourism industry. “I think we’re definitely in with a shot.”

The move by LNP members in the key north Queensland seat follows that of their Labor counterparts further south. There, Labor has selected long-serving Gladstone councillor and two-term mayor Matt Burnett to contest the seat of Flynn, whose long-term LNP member Ken O’Dowd is also retiring.

In the state’s south-east, Henry Pike has been selected by the LNP to replace outgoing MP Andrew Laming.

Federal Labor leader Anthony Albanese has already appeared with Mr Hamilton in Mackay this year, and earlier identified Flynn, along with Leichhardt, Herbert and Capricornia, as northern seats in the key state on its most-wanted list for the next federal poll.

The party has only twice held Dawson – between 1966 and 1975, then a single term from 2007 – which runs north from Mackay to Townsville’s southern suburbs. The next federal election is due to be held by May next year.

Announcing his departure this year, Mr Christensen warned of the “broken” state of politics dominated by an “activist mainstream media, along with other leftists’ cultural institutions”, which he said were disconnected from the public.

He also cited a desire to spend more time with his family, including wife April Asuncion, which was “caught up overseas” due to border closures.

A scandal involving his travel to the Philippines, which earned him the nickname the “Member for Manila” among colleagues, was dismissed by Mr Christensen at the time as a “vile smear”.