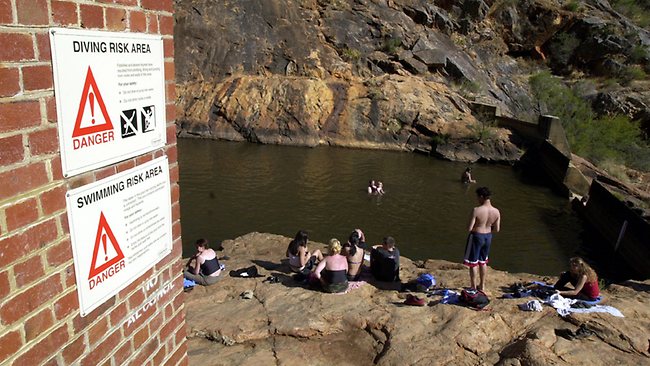 A 19-YEAR-OLD man has died after slipping on rocks at popular picnic spot Serpentine Falls, on the southern outskirts of Perth.

The teenager, whose name has not yet been released, died about 2.15pm yesterday when he climbed onto some rocks at Serpentine Falls before slipping and falling on to the rocks and the water below.

His friends tried desperately to resuscitate him, as did several onlookers, but it is understood the man died at the scene.

Police will prepare a report for the coroner.