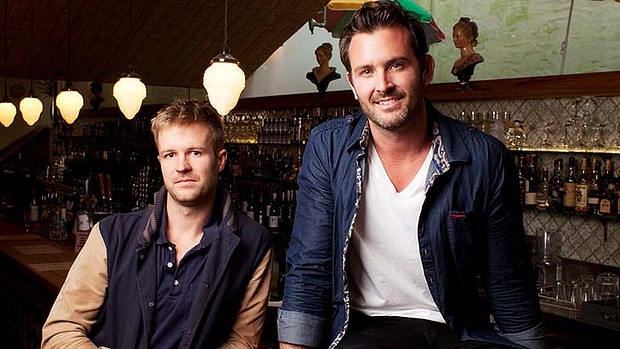 HE WAS the brains behind some of Sydney’s most popular and successful nightspots and eateries, a publican with a star well and truly on the rise.

But James Miller, one half of a duo credited with revolutionising Sydney’s pub scene, was also being mourned on Monday as a devoted father, loyal friend, and charismatic character.I guess it’s just a reminder we’re not invincible

Mr Miller, half of the Drink ‘n’ Dine company behind popular pubs including the Norfolk Hotel and the Carrington, was found dead on Sunday night. He was 38.

It is believed he died of an accidental overdose, and his death is not being treated as suspicious.

”I will remember James as an endlessly energetic, generous and intensely loyal friend,” Mr Wirth said in a statement. ”His charisma would light up a room and his stories would keep me entertained in the office for hours.

”He had a fierce business drive and intelligence but also a real understanding of what was important to him – friends, family and enjoying every day. I learnt a lot from James in business, friendship and life and I will miss him greatly.”

Mr Wirth said his heart went out to Mr Miller’s family, his young son Xavier and his ”great number of friends”.

”He will be dearly missed by all,” Mr Wirth said.

Sources said Mr Miller’s flatmate, Nasser Elkordi, found him in their Elizabeth Bay flat about 11pm on Sunday. It’s believed he may have ingested illicit drugs and sleeping tablets.

Mr Elkordi, a close friend of the nightclub tsar John Ibrahim, could not be reached yesterday.

Friends and associates throughout Sydney’s party scene took to social media as the news spread on Monday.

Another associate, Georgia Magree, posted on Facebook: ”My brother and best friend Love you with all my heart for ever and ever.”

Fairfax Media also featured them in the (sydney) magazine top 100 most influential people.

One bar owner, who asked not to be named, said Mr Miller ”hit the party scene pretty hard”.

”He was a lovely guy, really nice and very good at what he did, but that scene is just very dangerous,” he said.

Another said: ”He was a funny guy, a nice guy. It’s just such a shame. He was just caught in the fast lane. The industry needs bright ideas and people like him.”

A close friend said everyone was ”shocked, dumbfounded”.

”I guess it’s just a reminder we’re not invincible,” she said.

Businessman Greg Magree, landlord of the Norfolk Hotel, said it was a ”very, very sad day”.