Smiles around for the Everest draw 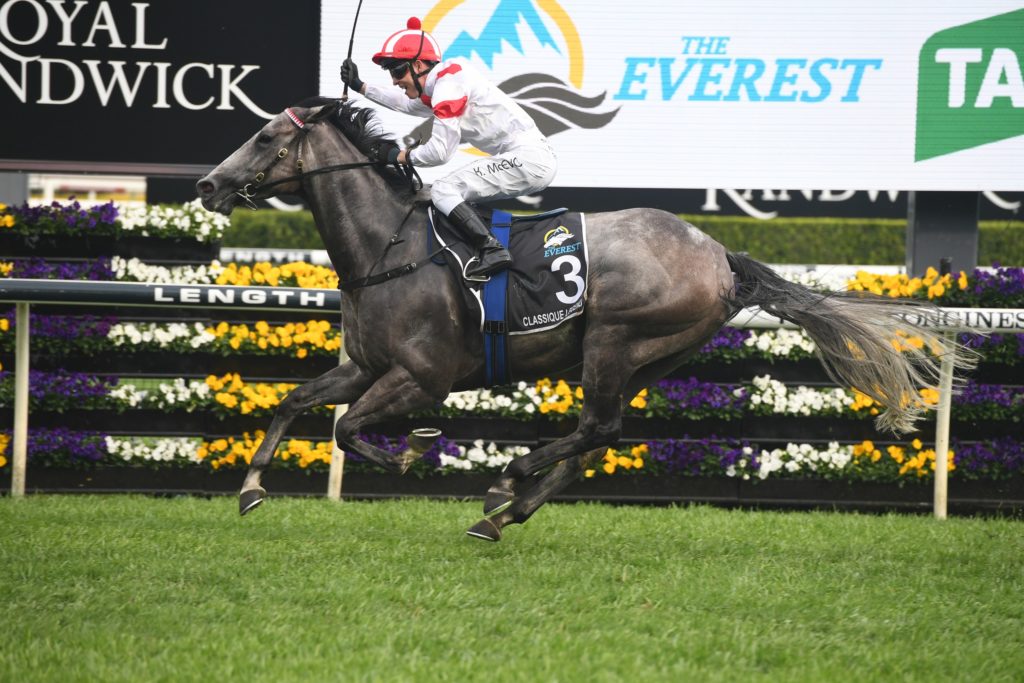 The Everest at Randwick draw is out, and it comes out as perfect.

It was the barrier draw that everyone said was “perfect”, but come Saturday’s Everest at Randwick, it will only really be perfect for one.

The first responses as the gates were drawn were smiles and the same word from the favourites. Perfect.

Even slotholder James Harron, who pulled out the ball with the dreaded number 12 on it for the outside gate in the elite field, there was a silver lining for his runner The Inferno.

“He is going to get back anyway, so it’s not that bad,” Harron said.

Gates can make your fate in the sprint races, where every metre counts, but this was one of the rare times when everyone’s luck was good at North Bondi Surf Club.

“I wanted five to eight, but if there was one barrier I really wanted it was five.

“He just gets to exactly where Kerrin [McEvoy] will want to be in the race and it will be whether he can pick them off from there.”

“Perfect,” he said. “It is as simple as that. He will get to do his thing from out there and have control.

“I think he is in career-best form and every time I talk to Chris [Waller] and his team they tell me how good he is going, which makes me more confidence.”

Waller was also happy to see the Nature Strip wide draw and then have Coolmore’s three-year-old colt Home Affairs drawing the middle of the field in gate six.

“James has wanted to draw out with Nature Strip for a while, so we’re very happy because he will be able to find his feet early and then use his speed,” Waller said.

“Home Affairs need to draw soft and did, so I’m delighted.”

The draw divided betting companies with both Nature Strip and Classique Legend the favourite at $4 at different bookmakers.

Bluebet boss Michael Sullivan was strident in his belief about the race after the draw.

“It’s perfect for Classique Legend, it should start favourite,” Sullivan said. “I have never heard drawing 10 of 12 be described as good. If they are thinking that they are just trying to fool themselves.

“The way I see it is Classique Legend gets to race how he wants too. Even though he is first-up and Australian punters used to shy away from those horses in bigger races, I can see them want to be him because he has won it before.”

The only concern for Bridge about Classique Legend is going into The Everest as his first run for 2021 after returning from a sojourn in Hong Kong, where he never settled in.

Bridge has timed his preparation since he got him back in June and decided to risk going into The Everest without the benefit of raceday outing.

“There is a big difference between being race fit and fresh,” he said. “He won The Shorts first-up last year and he is going pretty similar to back then.

“But this is going to be a brutally run race and what might beat him is being first-up. I worried about not having that hard edge you get from racing.

“Kerrin was very happy with him [in the barrier trial] the other day and feels like he is nearly there.

“He is good enough, but we find out on Saturday, if he needed that run to be hard enough.”

Eduardo’s trainer Joe Pride watched from home and got the gate he wanted when one and seven were left in the barrel.

‘Once in a lifetime horse’: Fownes says grey primed for Classique double

“The bloke I sent to do it probably wanted to draw barrier one, but I was delighted to see seven,” Pride said. “He can use his speed to be where he likes from that gate, and he can have some control in the lead or outside it.

“We got what we wanted from the barrier draw.”

Gordon Richards, Gytrash’s trainer, was not disappointed to be left with the rails alley.

“I never heard anyone whinge about drawing gate one,” he said. “It doesn’t hurt our chances.”

“Punters like to back the horse with the good marble,” Munsie said. “Gytrash has been $11 to $8 in the past couple of days and is holding his place in the market.

“Classique Legend was just confirmed as our favourite with that gate and Home Affairs has been popular.

“The interesting thing will be how the weather will be for the next couple of days and that will probably decide the favourite as much as everything now.”