Sacred Sites being handed back to original owners 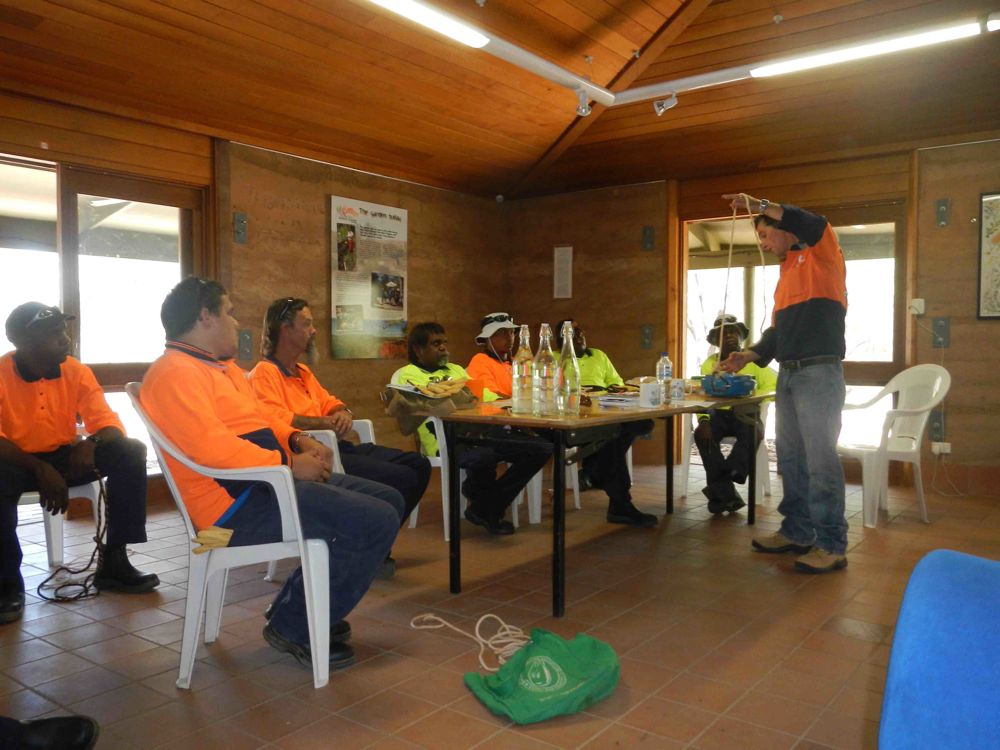 Litter, development and vandalism have degraded more than one hundred Aboriginal sacred sites around Alice Springs for decades, but a new employment program is working to reverse the damage.

For generations Alice Springs was without active management of sites. Areas of great significance frequently being abused. The damage threatening traditional Aboriginal culture, which once gone would be forever lost.

As part of a new training and employment program, a group of indigenous men are restoring sacred sites under the supervision of the native Arrernte custodians, who have traditionally inhabited the region surrounding Alice Springs. Facilitated by Olive Pink Botanical Gardens (OPBG), the traditional owners and Civil Train – the training arm of the Civil Contractors Federation, a national not-for-profit training organisation – the program is showing early signs of success.

The program, which combines traditional knowledge with a Certificate II in Horticulture upon successful completion, puts the theoretical skills learnt in the OPGB classroom to practical use on the sacred sites. Students apply skills such as species identification, tree care and rubbish and weed removal, enabling them to do what custodians have been unable to for many years by returning the sites to their former glory.

Currently open to all indigenous men from communities throughout the area, future plans to expand subsequent programs to include all female groups are an important factor in the revitalisation project. Some sacred sites are reserved exclusively for the rights of women while others can only be visited by men.

The support offered by OPGB will continue after graduates complete their studies, by assisting participants to find employment with their new found skills. Other community based education programs facilitated by OPGB currently have almost 70 per cent of participants in jobs, so OPGB anticipate that realistically at least half of graduates from the Alice Springs Sacred Sites management program will succeed in finding full-time employment.

After overcoming significant red tape prohibiting entry and maintenance to the sacred sites, OPGB was finally issued with a licensing agreement from the Aboriginal Areas Protection Authority (AAPA). The AAPA is an independent statutory organisation established under Northern Territory legislation to oversee the protection of Aboriginal sacred sites.

Then in August, two weeks prior to the commencement of the program the National Greens Job Initiative (which had been receiving Commonwealth support) withdrew their funding and left the Northern Territory, leaving the program without means to continue. However, due to pre-existing relationships with Civil Train and Jobfind – a private employment service funded by the Australian Government, which works closely with local communities – Olive Pink Botanical Gardens managed to keep the program afloat. According to OPBG curator, Ben Convery, both organisations “went well beyond the call of duty to ensure the program got up and running.” 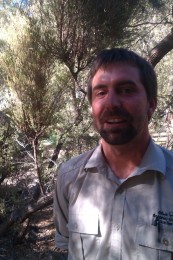 Jobfind donated approximately $50,000 to make the project possible, as well as supplying the candidates. Looking to the future, should the program become independent of financial support from Jobfind, OPBG hopes to open positions to family members of custodians.

The project aims to care for the sacred sites whilst providing sustainable tourism and employment models for the struggling community. In addition to providing employment and training to members of the indigenous community, traditional owners have the opportunity to care for sites of significance, and to enhance the town of Alice Springs as a ‘must-see’ tourist destination for visitors to central Australia.

Mark Hopkins from Civil Train says it’s all about learning by doing real work. He wants participants in the program to take pride in the work they’ve done, and to take ownership, thereby developing responsibility and respect for their heritage.

For the first time, local men have been provided with the opportunity to become involved in the protection of their sacred sites.

Personal involvement is attributed for a huge turn-around in the sense of community ownership of the sites. Prior to project commencement there were nearly 20 break-ins over a year at the Olive Pink Botanical Gardens – where the theory training of the program takes place – but in the last 18 months only one broken window.

Whilst the results will not become obvious for a further 18-24 months, Convery would like to see the creation of a number of positions to support the management of sacred sites in Alice Springs. He says the program will ultimately be considered a success in two years time, “if regular work is being undertaken on the majority of the 136 registered sites.”

A well established program in Alice Springs will likely encourage greater support from the local councils and Government, eventually paving the way for expansion into other areas. The program has already been met with much interest from other groups throughout central Australia. 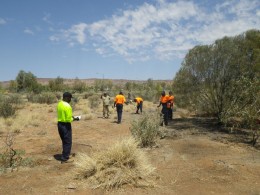 Indigenous rangers of the Dhimurru and Yirralka – who manage protected areas of land and sea in north-east Arnhem Land – believe that providing education and guidance on sacred sites will assist to create a better understanding and respect for the deep cultural and spiritual meaning of such sites. Dhimurru has proven that successfully implementing the guidelines is mostly about turning them into concrete everyday management actions.

It is not just the responsibility of traditional custodians or the indigenous community to preserve the sacred sites, but that of everyone who visits them. It is a responsibility to maintain them for future generations, to leave a legacy which can be appreciated by everyone, while promoting the unique and significant history of the ‘Lucky Country.’