Rebel With An Arts Cause 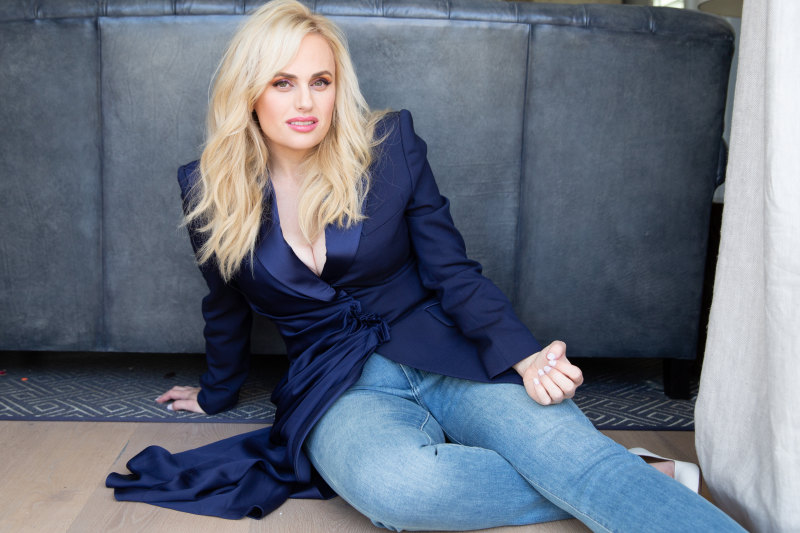 Australia is catching up on philanthropy as a main funding source for the arts, Rebel Wilson who learnt her craft at the Australian Theatre For Young People over 20 years ago has donated $1 million to the company, the money will go towards the groups new home in Walsh bay.

Rebel who found the theatre while studying law at the university of new south wales, has come along way from her humble beginnings playing in front of audience’s barley in double digits and is now one of the most recognisable actresses in Australian film.

More than 20 years after Rebel Wilson first started learning her craft at the Australian Theatre For Young People she has repaid the faith showed in her with a donation of $1 million to the company.

The money will go towards the group’s new home in Walsh Bay, to be named the Rebel Theatre.

“It’s hard to explain the significance of this to the company,” he said. “It’s a game-changer for ATYP and for youth arts generally.”

The company will move into purpose-built premises on Walsh bay’s Pier 2/3 on December 13, including a 200-seat theatre. It is the first time in ATYP’s 60-year history that it has had its own theatre.

Wilson signed up for weekly acting classes at ATYP in 1999 after being rejected by the National Institute of Dramatic Art (NIDA).

“I was too different I think and didn’t fit NIDA’s mould,” said Wilson from her Los Angeles home. “Four times I auditioned for NIDA and got rejected. I remember each time I went to Pizza Hut all-you-can-eat buffet afterwards to console myself. They said I didn’t have the voice for Shakespeare.”

Wilson said the role models at the time were “glamorous and feminine” actors such as Nicole Kidman and Cate Blanchett.

“I don’t think I was beautiful in any way and had class, really,” she said. “Also, our most popular show for actors getting their start was Home and Away. I wasn’t going to be in a bikini in Summer Bay.”

Wilson was studying law at the University of NSW when she discovered ATYP. After lectures she would take the train to Circular Quay with “ten dollars in my bank account” and walk through the Rocks to attend acting classes.

“ATYP was just very inclusive and I think encouraging of people who were unique and original,” she said. “They weren’t trying to fit you into their mould. They were just encouraging of you as how you were. That’s what I really liked about them.”

In those early days, Wilson would play to audiences barely in double digits. The only rule for the show to go ahead was that there had to be more people watching than on stage.

Wilson has gone on to become one of Australia’s highest profile international performers as an actor, writer, comedian and now producer. But as a youngster she was, she says, painfully shy – bordering on “some kind of a social disorder”.

“I remember reading a study when I was 14 saying if you don’t change your personality by 15 it is locked. I was like, ‘Damn, I don’t want to be shy forever’, so I forced myself on a little mission to talk to five new people every day. Then I forced myself to join the debating team and do public speeches. To this day I still get nervous, especially during live performances.”

The decision to gift the money to ATYP came last year during the first pandemic lockdown when Wilson was unable to leave Sydney.

“We were a little bit fortunate last year that Rebel got pinned down in Australia so we were able to catch up quite a bit,” said Corfield. “We had a cup of coffee and asked her whether she would consider supporting us.”

The $1 million will go towards the $2.6 million ATYP has undertaken to raise for the fit-out and maintenance of the new premises.

“I feel like I owe ATYP a lot and now that I am in the position to give back I’m very, very happy to do that,” said Wilson.