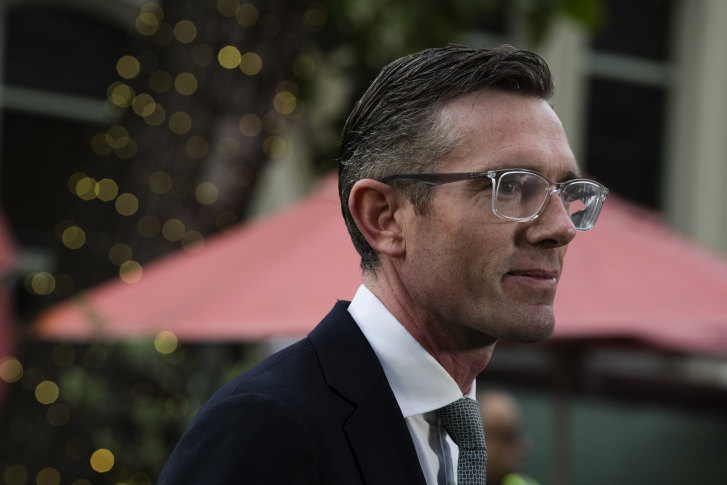 Premier Dominic Perrottet has announced that quarantine will be scrapped for the fully vaccinated from November 1.

Hotel and home quarantine will no longer be required for double-vaccinated people entering NSW, including those coming from overseas, from November 1.

From that date, people will only be required to take a COVID-19 test before boarding a flight and show proof of full vaccination, NSW Premier Dominic Perrottet announced at a press conference on Friday morning.

“For double-vaccinated people around the world, Sydney, NSW, is open for business,” he said.

“We want people back. We are leading the nation out of the pandemic.

“Hotel quarantine will be a thing of the past. This is a significant day for our state.”

From November 1, there will be no caps on overseas arrivals of people who have received two doses of a COVID-19 vaccine recognised by the medical regulator, the Therapeutic Goods Administration.

“Overseas arrivals who are not fully vaccinated will be capped at 210 people per week, and will be required to undergo mandatory 14-days hotel quarantine,” the government said in a media release.

Meanwhile, travel between Greater Sydney and regional NSW for fully-vaccinated people has been pushed back until November 1.

Restrictions on movement within NSW were initially planned to be eased on the Monday after 80 per cent of the state aged 16 and over had received both doses of a coronavirus vaccine.

However, that threshold will likely be reached earlier than was originally expected, with 77.8 per cent of people fully vaccinated as at the latest reporting period.

NSW is expected to hit its 80 per cent double-dose vaccination target (for people aged 16 and over) this weekend.

Mr Toole told 2GB’s Ben Fordham that “some of our [regional] communities actually want [the travel ban] to be longer”, with vaccination rates in some regional areas lagging behind the rest of the state.

Mr Toole said only 36 per cent of local government areas had reached similar double-vaccination rates as those in Greater Sydney. “It is too early, and we know that if we wait another two weeks we will be in the same position as Sydney is in today,” he said.

“That will see more than 70 per cent of our regional local government areas [reaching that double-vaccination rate].

“The other important thing is that regional communities want to welcome back Sydneysiders … but the worst thing to happen would be to slam on the brakes, stop people going into these communities and see a lockdown.”

Mr Perrottet said the decision to movement between Greater Sydney and regional NSW was an “unpopular” but correct decision.

“The reason we have made that decision is based on vaccination rates in front of us,” he said.

“If you look at the percentage of LGAs have reached that 80 per cent double-dose here in Sydney, that is where regional NSW will be on November 1.”

Other restrictions to be eased

Restrictions on visitors to homes, outdoor gatherings, rules for hospitality venues and caps for weddings and funerals will all be eased from Monday for fully-vaccinated people.

Those who have received two doses of a coronavirus vaccine will be allowed to have 20 visitors to their homes from Monday, up from the current limit of 10, and the cap on outdoor gatherings will increase from 30 to 50 people.

Caps on funerals and weddings will be removed and drinking while standing up will be allowed in hospitality venues.

The state has recorded 399 new local cases of COVID-19 and four deaths on Friday. There are now 677 coronavirus patients in NSW hospitals, with 145 are in intensive care.