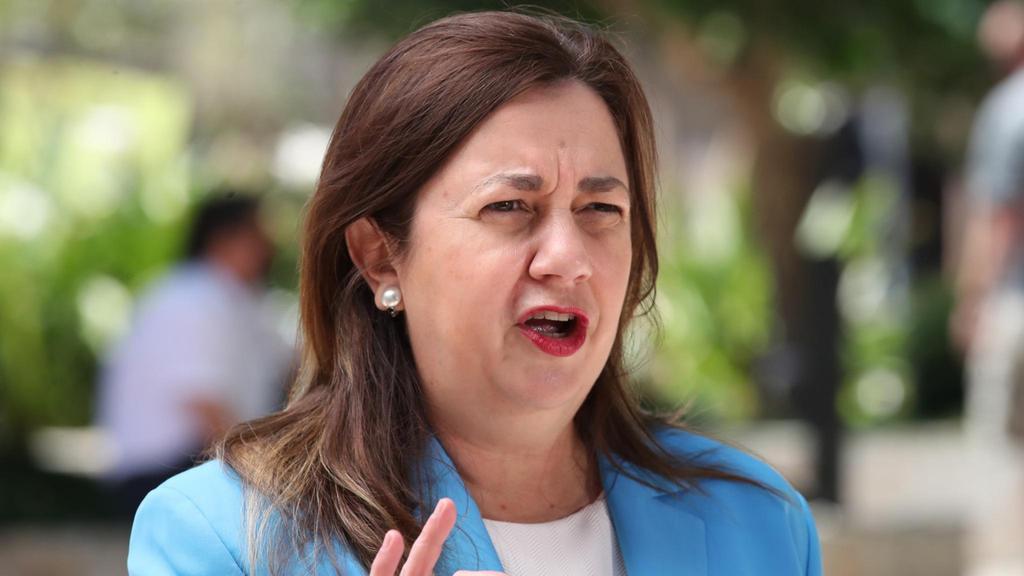 Premier Annastacia Palaszczu announced the state had crossed the 70 per cent first-dose threshold. The state has added new vaccination clinics at 23 Bunnings warehouse sites across the state. There are however concerns in regional Queensland as their vaccination rates aren’t as high as Brisbane.

A string of vaccination clinics at Bunnings warehouses should help Queensland’s first-dose rate rise even further above the 70 per cent milestone, but a patchy regional uptake means there is no sign yet of when border restrictions will ease.

Premier Annastacia Palaszczuk on Tuesday announced Queensland’s seventh straight day of zero new local cases, while there were four cases acquired in quarantine – three of which were sailors from the Panamanian vessel the Imabari Queen.

She also announced the state had crossed the 70 per cent first-dose threshold after another 16,000 vaccines were administered over the past day. New vaccination clinics at 23 Bunnings warehouse sites across the state are expected to help that number climb further.

“More than two dozen sites have been identified across the state, so families can get their Bunnings sausage and a dose of the vaccine,” Ms Palaszczuk said.

But she also told state parliament the state’s success remained “fragile” due to most of its population living outside the capital Brisbane, which has a higher vaccination rate.

“Most of our state has never seen a Covid case, but they will, in months and years to come.

“We have stayed safe by listening to the health advice, so I’m urging everyone, everyone to listen to it now and get vaccinated. Do it today.”

Queensland has so far refused to commit to a vaccination reopening target and its patchy regional vaccination rate means the 80 per cent double-vaccination figure flagged at national cabinet may not even be enough.

Ms Palaszczuk has also flagged concerns over the vulnerability of children who are unable to be vaccinated and has asked Prime Minister Scott Morrison to increase hospital funding, and announce a plan for the rollout of Covid booster shots.

But in a possible reopening clue, Health Minister Yvette D’Ath on Monday said it was the state’s mission to get jabbed “in the next five to six weeks” if it wanted border restrictions to ease. That takes the state through to mid-November.

The state’s health system has already featured heavily during the fourth-last sitting week of parliament for 2021, which kicked off on Tuesday.

The state opposition has peppered government with questions insinuating Queensland’s health system had deteriorated, even before factoring in Covid.

Ms Palaszczuk slapped down the “shameful” attacks on hospitals and noted other states were suffering similar capacity bottlenecks. She even produced figures that implied a reduction in the elective surgery waitlist.

Elsewhere, Ms D’Ath on Tuesday announced 376 Queenslanders had been approved to come home this week as part of a new home quarantine trial that kicked off on Monday.