Privatisation Can Work if we Get Specific: Hewson 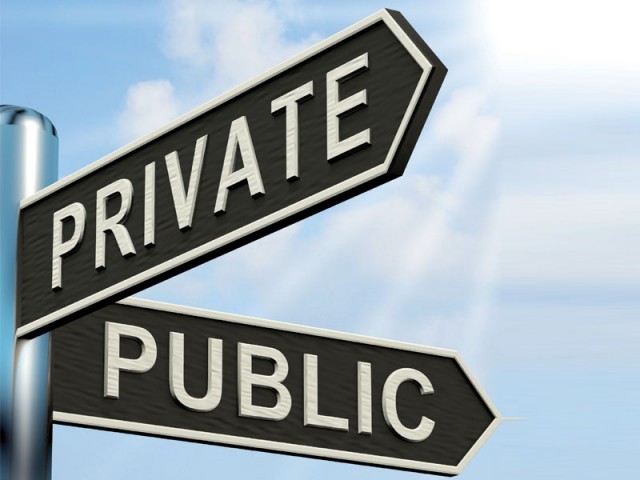 The large push over the past serval decades has been privatisation, it has been championed by the Reagan and Thatcher governments that saw the government sell off business assets to the private market, which was led by the argument of efficiency in the public sector due to many government businesses sustaining losses.

However, privatisation isn’t a automatic fix as concerns about the government trusting the new owners to continue to deliver a competitive service, which has been seen with the Port of Newcastle unwilling to diversify away from coal and giving the Ports of Kembla and Botany a substantial market share.

One of the most compelling public policy initiatives globally over the past several decades, but unfortunately one of the most poorly implemented, has been privatisation. That is the concept of transferring business, industry or services from public to private ownership and management control.

Much of the push for this came from the likes of Ronald Reagan and Margaret Thatcher. Recall Reagan’s anti-government statement that “Government is not the solution to our problem; government is the problem.” A similar sentiment drove Thatcher’s economics, namely her commitment to keep inflation low through tough budgetary policies backed up by tight monetary policy, privatisation, deregulation, lowering inflationary expectations and wage demands.

The initial driver and the only defensible argument for privatisation was efficiency in the public sector, in the delivery of government services with more reliance on market objectives and disciplines. Many government businesses had accumulated significant losses and were impeded by extensive political interference. Hence, ironically, an initial motivation was to get politics out of government businesses.

That soon proved to be a futile aspiration. Even though governments were happy to pass over control of, say, a toll road or an airport, it wasn’t long before they brought political pressure to bear on tolls or air traffic, which mostly had a significant impact on the commercial viability of the service.

Unfortunately, as governments embraced privatisations in the context of tight and difficult budgetary conditions, their predominant focus was on maximising revenue from the sale price or lease arrangements and ignoring important capital and recurrent distinctions and any longer-term consequences of the prices paid. Further, they did not worry about ensuring that the private operator would deliver the desired service on the terms the government would want; nor did they worry about the market conditions into which they were transferring the asset.

Clearly, a high initial price paid for a government asset or business can constrain the private operator from making essential future investments to sustain the business. For example, I recall when I was chairman of ABN AMRO Australia we were a major adviser and finance arranger for the privatisation of the Victorian power assets. At the time I expressed concern at the very low internal rates of return inherent in the offers from some of the bigger global power industry players, which I feared would preclude them from making the necessary capital outlays to ensure adequate future generating capacity to avoid blackouts and closures, et cetera.

A major weakness of most privatisations has been the failure of governments to specify up-front and in adequate detail the service to be provided by the private owner or operator. This has usually resulted in inadequate service provision, often with significant political debate and fallout.

There are other downsides to the motivation to make these government businesses more market “real” and to work on a “for profit” model. Although not actually a direct attempt at privatisation, the Howard government’s Aged Care Act in the late 1990s did facilitate “for profit” aged-care providers. As the aged-care royal commission has recently documented, some of the most appalling consequences in terms of seriously eroding the quality of service in these homes are the result of this shift – food quantity and quality, availability of nursing services, medication abuses, and poorly trained, under-equipped and underpaid staff. It is worth noting here that several of the states did also sell out of their residential aged-care homes in the past.

The point about the market conditions into which government businesses are privatised is a very important one and there are several significant dimensions to it. Our governments have generally been hesitant to address competition issues for fear of reducing the sale price – indeed, are tempted to exclude competition to maximise the sale proceeds.

A major weakness of most privatisations has been the failure of governments to specify up-front and in adequate detail the service to be provided by the private owner or operator. This has usually resulted in inadequate service provision, often with significant political debate and fallout.

This has been a particularly contentious issue in the privatisation of the Port of Newcastle. The new owners have been at pains to broaden the port’s focus away from dependence on coal exports, and to become another competitor in container traffic. The Australian Competition and Consumer Commission (ACCC) has noted that ruling out this possibility will ensure that Port Botany and Port Kembla will have an “effective monopoly” in transporting containers in New South Wales for 50 years. Discouraging competition between the ports would be at the expense of farmers and manufacturers, possibly denying them access to more cost-effective export routes. The head of the Port of Newcastle has said that this competition between ports would be to the clear benefit of farmers and manufacturers. This was not an issue in the privatisations of the Commonwealth Bank or Qantas – both were already operating in very competitive global market circumstances.

The electricity networks provide another useful example. A major weakness of their privatisations was the emergence of “gentailers”, where the one company could operate as both a generator and a retailer. As much as governments tried to avoid this, it has clearly given them a competitive advantage, being able, in principle, to game both the wholesale and retail markets. The outcome has been a less fair energy market. In many cases, governments have also sold the profitable parts of the network and kept responsibility for the maintenance of the unprofitable parts: the poles and wires.

Telstra offers another warning. There was an important alternative to the total sale of telecommunications service, recognising its dominant market position and striving for a more competitive outcome for the consumer. The alternative was to separate the main asset – namely the then landline network, which today would include the mobile network – and keep it in public ownership. The government could then license Telstra along with other service providers to access that network at the same cost, thereby encouraging them to compete in the provision of communications services to households and businesses.

This opportunity was forgone as government had all those dollar signs in its eyes. The expected proceeds from the share listing of Telstra in 1997 was $14 billion. There is now a very real question as to whether the incoming shareholders got as good a deal as they could or should have.

The ACCC has recently announced a hard-line position on privatisation in the following terms: “Privatising assets without allowing for competition or regulation creates private monopolies that raise prices, reduce efficiency and harm the economy.” The focus of ACCC chair Rod Sims at a recent regulatory conference was on the need to “either avoid monopolies or, if not, then regulate them to prevent costs to the economy arising from unfettered use of their market power”.

Privatisations have been a fee feast for investment banks, especially where they have been able to clip the ticket several times in a transaction, for example taking a fee to set up an infrastructure fund in which to hold and manage the asset, then taking additional fees for managing that fund or asset, and for each asset they were able to acquire on behalf of the fund. In other cases, they would have just been retained by a potential purchaser of the asset or business to negotiate on their behalf, along with additional fees for any equity or debt they would raise for the deal.

Unfortunately, so much of the privatisation process needs full scrutiny and accountability. Obviously, it is often a corruptible process. There are many moving parts and interests. This is another strong argument for a national integrity and anti-corruption commission. The case for such a commission has been well established, with the significant loss of trust in government driven by the enormous waste of public monies in various rorts for perceived gain in key electorates – sports, regional grants and car park rorts the most conspicuous – compounded by the Morrison government’s denial of responsibility and ducking of accountability. In addition, the government’s purchase of land from party donors at multiples of the valuations, as well as the prevailing mistrust that it will govern for more than its own personal benefit or the interests of its mates.

In recent years, public support for privatisation has waned. So many key services that people have taken for granted as a government responsibility have been recognised by an increasing number of people as inadequate – child and aged care, electricity and gas, phones, prisons. The concerns include the loss of transparency, accountability, community and equity, and the ability to achieve effective communications with the service providers. Think of the personal hassles over power and phone bills. There is a feeling that governments have just walked away from their responsibilities, by quietly shuffling off the design and delivery of essential services to the private sector.

It is most unfortunate that the inherent merit and logic behind privatisation for the purpose of improving the efficiency of the delivery of government services has been lost through government greed. There has been undue focus on maximising the revenue from the sale of assets and businesses. There has also been poor implementation that has ignored the important question of competition, mostly to the detriment of the consumers that, ironically, privatisation was supposed to benefit by the provision of more cost-effective and accessible services. Moreover, some of the processes of privatisation are corruptible, further eroding the integrity and accountability of government and its practices and processes.

To save privatisation as respectable and dependable, a regulatory structure needs to be developed and enforced, probably built on the independent oversight of each deal by the auditor-general and the ACCC, backed up by a defined role for a new national integrity and anti-corruption commission. Accountability could also be enhanced by a greater focus by the senate estimates process.