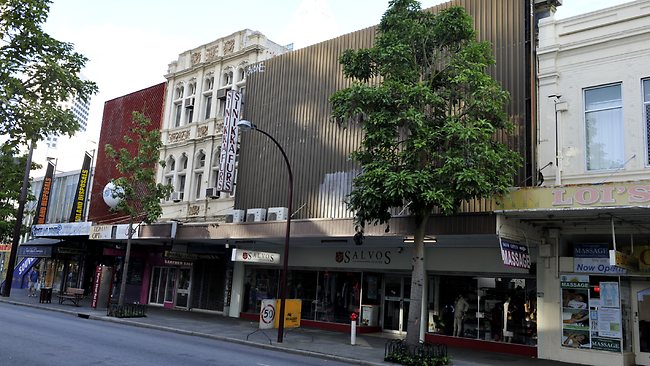 THEY are among Perth’s most beautiful and historic buildings, yet they’re sitting empty, thanks to Government red tape.

The Sunday Times can reveal the extent of urban decay in the city, with almost 30 iconic buildings gathering cobwebs.

That’s despite a huge demand from creative industries and small businesses to make use of the boarded-up premises.

State and local government red tape has been blamed, with many owners unable to afford renovations needed to meet strict building codes, such as installing lifts, more landings and better fire exits.

Among the buildings sitting idle are the majority of second-storey sites on Hay St Mall as well as the mall’s McNess Memorial Arcade, Hotel Metropol and Savoy Hotel.

The Perth Fire Station, Old William St Bank, East Perth power station and Fremantle’s Woolstores also are abandoned, in some cases for decades.
The Greens have joined forces with Spacemarket, a group that matches creative businesses with vacant or under-used spaces, to compile the list. This Saturday they will launch a mobile phone app called “Why So Empty?”

Spacemarket co-founder Beth George said users would take photos of empty buildings and upload them on the app.

Greens senator Scott Ludlam predicted the app would show hundreds more buildings were going to waste. The State Government keeps no figures on abandoned buildings, but a City of Perth audit found 80,000sqm of vacant space in the city alone.

A separate report found the redevelopment of vacant upper-floor spaces was stalled by red tape, heritage rules and financial disincentives.

Lord Mayor Lisa Scaffidi has conceded a lot of upper-level space is “languishing” and “would be an attractive proposition” for small businesses unable to afford higher rents at street level.