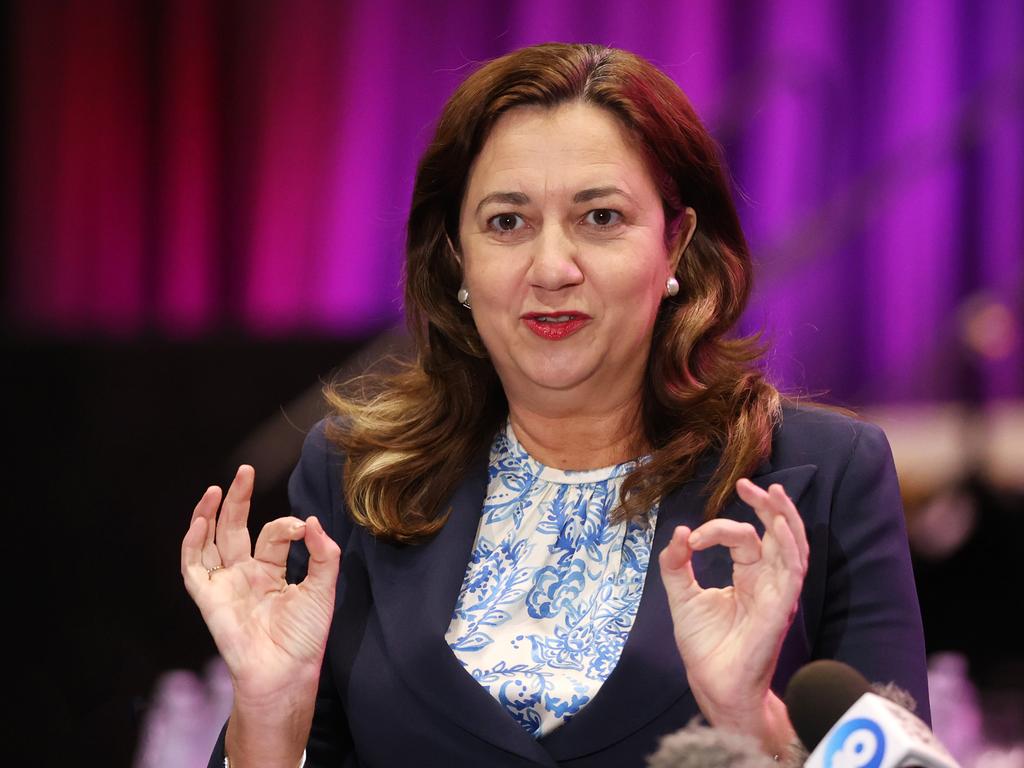 The commonwealth government will cover PCR tests required by the Queensland government to be able to enter the state. Annastacia Palaszczuk has welcomed Mr Hunt’s announcement, saying it was a victory over confusion after receiving major criticism over the testing requirement.

People looking to enter Queensland from December 17 will not have to pay for a Covid test in order to travel, Health Minister Greg Hunt has confirmed.

It comes after Queensland Premier Annastacia Palaszczuk said that travellers would be able to provide proof of a negative Covid test by showing authorities a text message, rather than pay for a special test certificate.

Ms Palaszczuk has defended the requirement for travellers to obtain a negative PCR test result in the 72 hours prior to travel to Queensland when the border reopens.

On Tuesday she said the Commonwealth could make the tests free by adding them to Medicare.

However, under a funding arrangement for Covid tests, the Commonwealth and the states already share the bill for people needing a test “as a result of a state or territory public health order”, Mr Hunt said.

“This includes travel domestically as a result of a state’s border restrictions,” Mr Hunt said.

Queensland Premier Annastacia Palaszczuk welcomed Mr Hunt’s confirmation of the existing arrangement, saying it was a victory over confusion after major criticism over the state’s testing mandate.

“Minister Hunt says the charge for a PCR test was only when a certificate is required,” the Premier said.

“Queensland made it plain weeks ago that the text message most people receive after a test is acceptable.

“I am pleased this victory has occurred and people can look forward to being reunited in time for Christmas – without additional cost – as my government had always planned.”

NSW authorities on Tuesday suggested that if someone has no symptoms and needs a test only for travel, they would need to go to a private pathology lab – and pay for their swab.

This was rejected by Mr Hunt.

“A pathology test will only be charged for a patient when they are required to obtain an official certificate, rather than using the existing text message system that is in operation in every state and territory.

Premier Dominic Perrottet earlier told 2GB that it would be a “commonsense” approach to charge travellers a co-payment.

‘$1050 out of pocket’: Families face Christmas ruin over PCR test mandateEXPLAINED: Everything you need to know about Qld’s PCR test mandate‘Sydney day trips out of question’: Premier’s admission amid PCR test squabble

However this suggestion was immediately rejected by the Commonwealth.

“The Commonwealth does not support the suggested change to the free PCR testing program that has provided millions of tests at no charge over the last 18 months,” a federal government spokesman said.