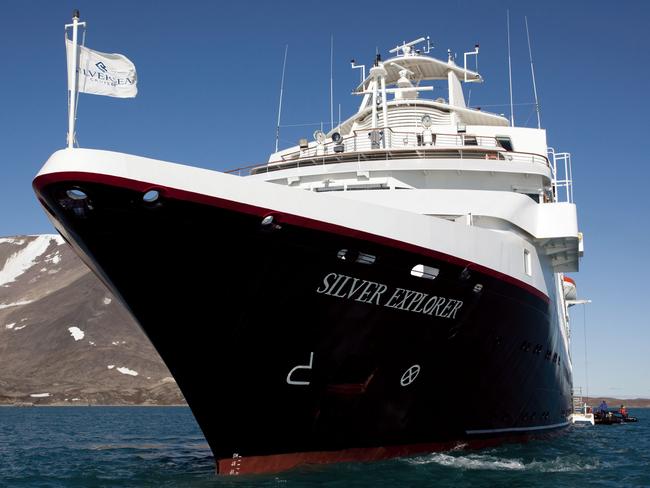 In a move to improve the fragile environment of its Artic archipelago of Svalbard, Norway has taken action to ban cruise liners offering helicopter and submarine rides as well as proposing to limit the number of passenger cruise ships that are allowed to sail the waters surrounding Svalbard as well docking on the archipelago.

This comes after a fourfold rise in tourism to Svalbard over the past three decades and concerns over the effects of climate change.

Norway has banned cruise liners from offering helicopter and submarine rides to the Arctic archipelago of Svalbard because of concern at how tourism affects its fragile environment.

The government has published proposals to limit the number of passengers on cruise ships sailing to protected areas of Svalbard to 200 per vessel and to confine the number of locations where they can disembark to 42.

A minimum distance of 500m from polar bears has been imposed, and the use of drones prohibited in some areas. Motor traffic on sea ice has been banned after March 1 out of consideration for seals and polar bears and a five-knot speed limit has been set near bird colonies in the breeding season.

Norway has denied a request from the Scenic Group, which operates the liner Scenic Eclipse, to send out its submarine for guests to explore marine wildlife. The company offers a 12-day tour of Svalbard from €13,304 a person on board Scenic Eclipse. Its submarine Scenic Neptune can submerge up to 300m for sightseeing trips.

The Norwegian online newspaper Barents Observer obtained emails between the cruise operator and the governor of Svalbard in which the company requested vertical dives “with very limited horizontal moves”. The request was denied.

The Norwegian Environment Agency said the number of tourist visits to Svalbard, which lies midway between Norway’s northern coast and the North Pole, had surged from 29,600 in 1996 to 124,000 in 2019. It has a permanent population of about 2,900 people.

“Rapid climate change has made the nature in Svalbard more vulnerable. Meanwhile, tourism and traffic has increased significantly. This has left its mark several places in Svalbard,” the agency said.

The number of vessels equipped with helicopters is low but likely to increase, the Association of Arctic Expedition Cruise Operators said. They include Ultramarine, the latest addition to the fleet of Quark Expeditions, which boasts two twin-engine helicopters and is said by the firm to be a “game-changing vessel designed to go beyond the predictable polar expedition”.

Arctic tourism covers Svalbard and the Norwegian island of Jan Mayen, Greenland, Arctic Canada, the Russian Arctic National Park and Iceland. Helicopter rides are permitted in many other areas including Greenland.

Frigg Jorgensen, executive director of the cruise operators, told The Times that the association did not have dedicated guidelines for helicopter activities but noted that its members were subject to rules based on “the utmost consideration for the vulnerable, natural environment, local cultures and cultural remains”.

In 2018 workers on a Hapag-Lloyd luxury cruise ship shot dead a polar bear that attacked a crew member reconnoitring a Svalbard island.

Line Nagell Ylvisaker, an author and journalist who has lived on Svalbard since 2005, welcomed the restrictions.

She said temperatures were rising faster in the area than elsewhere in the world because sea ice was disappearing over a larger area. Extreme storms, such as that which killed two people in Longyearbyen, Svalbard’s main town, in 2015, had increased, she added.

“The small glaciers near Longyearbyen are getting smaller and smaller and the paths going to some of the mountains are changing from year to year because there’s so much going on with the melting of ice in the ground.”