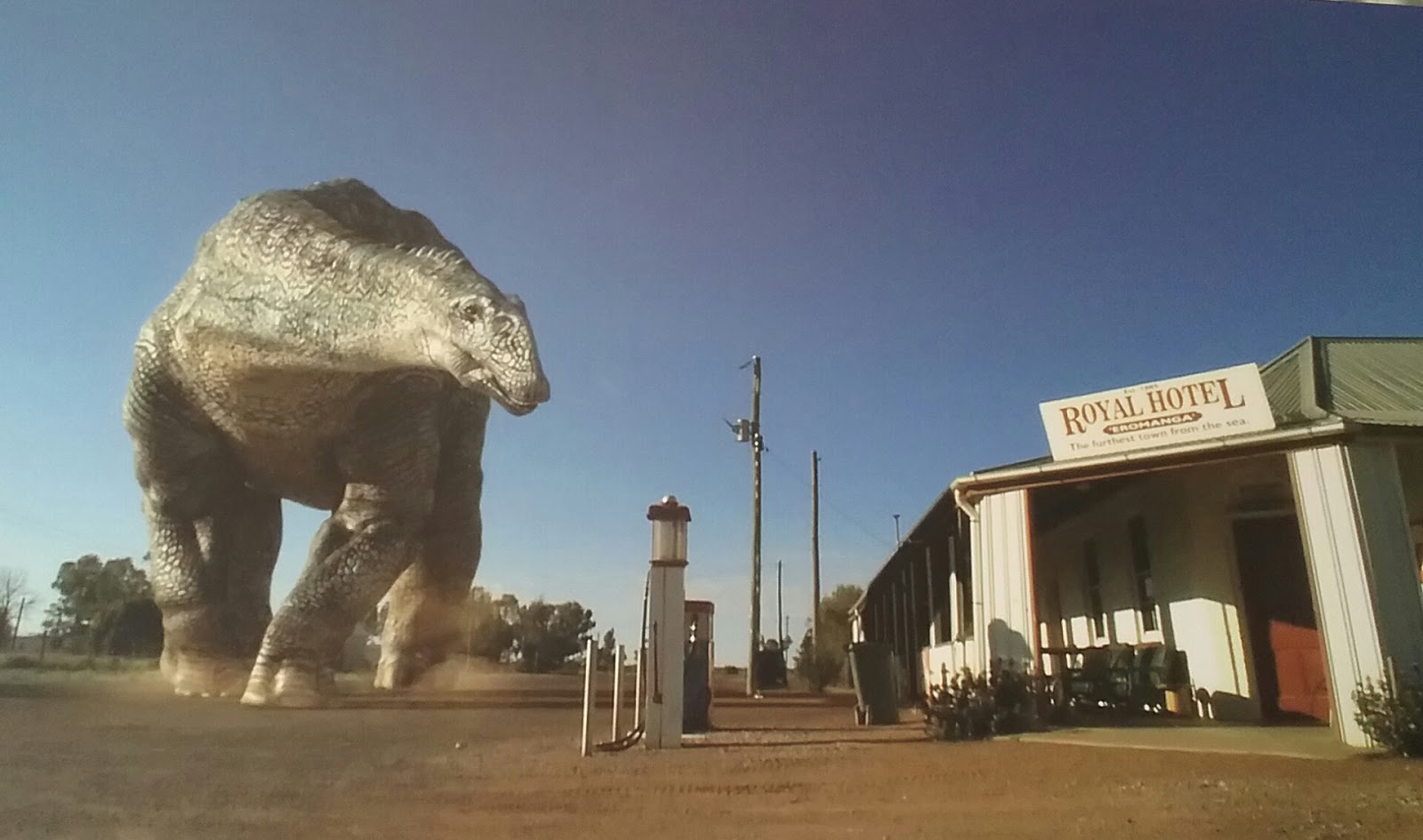 The Eromanga Natural History Museum, One of the biggest investments in tourism in outback Queensland, the first stage of the state-of-the-art facility has been completed and opened to the public.

Valued at $8.6m, the space that showcases southwest Queensland’s paleontology was funded by the state and federal governments. With hopes that it will soon be able to acquire funds for the full-sized Cooper replica display.

The opening of the first stage of the Eromanga Natural History Museum 12 months ago helped the facility, and the Quilpie shire, to a record tourist season last year.

Museum director Robyn Mackenzie, speaking at the official opening last week, said the first stage of construction at the museum had given the outback a beautiful facility.

“COVID delayed our acknowledgements, however having this building project to continue and create new jobs in our region during the pandemic has been fantastic,” she said.

One of the biggest investments in tourism in outback Queensland, the first stage of the state-of-the-art facility contains a reception space, café, observation galleries, theatrette and viewing galleries.

The Outback Gondwana Foundation Ltd and Quilpie Shire Council partnered with each other to raise these funds.

Since opening without fanfare last March, the complex has provided educational tours of the museum, training in palaeontology and last June hosted the globally significant announcement of a new dinosaur species and the largest dinosaur ever discovered in Australia, Australotitan Cooperensis – known as ‘Cooper’.

“It’s the biggest infrastructure build to date that Quilpie Shire Council has been involved in, and the museum and recognition of Cooper has been a huge tourism driver for our region.

“We’re excited for what lays ahead with this acknowledgement event also marking the opening of our peak tourist season – we’re anticipating another boom with huge visitor numbers.

“And that will no doubt continue to grow for years to come as the museum continues to evolve and undertake the next stages of construction.”

Ms Mackenzie said they hoped it was not too much longer until they could secure the funds needed to showcase their full-sized Cooper replica.

“This gigantic dinosaur will be the real heart of our museum,” she said.

“Cooper was buried in black soil clays not too far from our museum, for millions of years.

“As the largest dinosaur ever discovered in Australia, he’s a national treasure – and we can’t wait to give him a home.”

She said dinosaur skeletons on the scale of Cooper were the cornerstone of natural history museums globally, and nothing would beat the impact of having the life-sized replica seen next to the real bones.

When the ENHM is able to put Cooper’s replica skeleton together it is expected to measure about 30 metres – putting him in the same league as some of the South American dinosaur giants and internationally renowned skeleton replicas such as ‘Dippy’ the diplodocus at the London Natural History Museum.

“Our vision is to create an exhibition area that gives visitors to our museum the opportunity to interact with him and really appreciate just how huge he was,” Ms Mackenzie said.

“We have architectural designs, a full working plan and we’re shovel-ready to start work.

“We just need the all-important funding to build Cooper his final resting place.”

The organisation hopes to have the final stage in the journey that started more than 90 million years ago ready in time for international visitors to the 2032 Olympics to experience.

Dr Scott Hocknull, senior curator with Geosciences Australia Museum, said the collection at Eromanga represents the most significant regional collection of fossils from central Australia, including type and significant specimens of dinosaurs.

“In terms of the diversity and geochronological age range, the ENHM collection spans vertebrate, invertebrate and plant fossils from the mesozoic and cenozoic eras, and houses the type specimen of Australia’s largest dinosaur species,” he said.

The collection also holds several new internationally significant dinosaur skeletons, including one of the most complete sauropods known from Australia.

The megafauna fossil collection boasts some of the best-preserved specimens of Diprotodon optatum, the world’s largest marsupial and the most diverse collection of mud-spring and mound-spring vertebrate fossils in the country.

The collections held at ENHM represent key points in geological and past climatic periods of time of national significance.

“The combination of these new site collections and specimens that are unique to the ENHM collection, elevates this collection to international significance,” Dr Hocknull said.

“The significance will grow due to this region being a new frontier of discovery that specifically impacts our understanding of global diversity and palaeobiogeography of cretaceous dinosaurs and neogene fauna, along with determining their responses to past climatic change.”

Special guests at the acknowledgment event last week were able to view the architectural designs for the yet-to-be-funded phases of the museum.