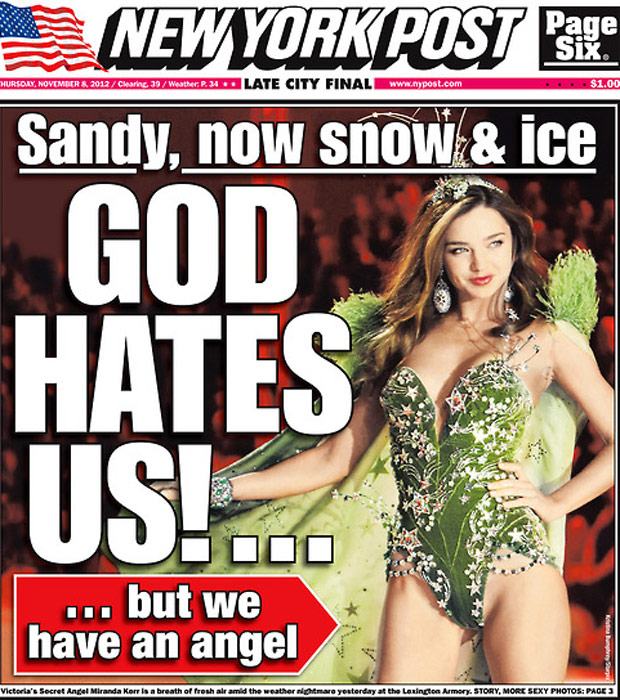 Victoria’s Secret do PR better than anyone, and Miranda Kerr’s appearance on the front page of a major New York newspaper will do more to paint Australia as the world’s island holiday destination than Oprah ever did.

NEW York, when God decides to wipe you off the map with a superstorm, there’s only one person you can rely on to save the day: an Aussie – in expensive underwear.

Yes, forget Spider-man and The Avengers and don’t even bother calling the police or the fire brigade: Miranda Kerr is the Angel of hour, or at least that’s how The New York Post sees it.

The tabloid cleared its front page for the Aussie supermodel and the headline “Sandy, now snow & ice: God hates us! …but we have an angel”.

Underneath the sexy picture of Kerr at the Victoria’s Secret fashion show in New York was the caption “Miranda Kerr is a breath of fresh air amid the weather nightmare”.