Medical Tourism In The Making As Pharma Gets Comfy In SA 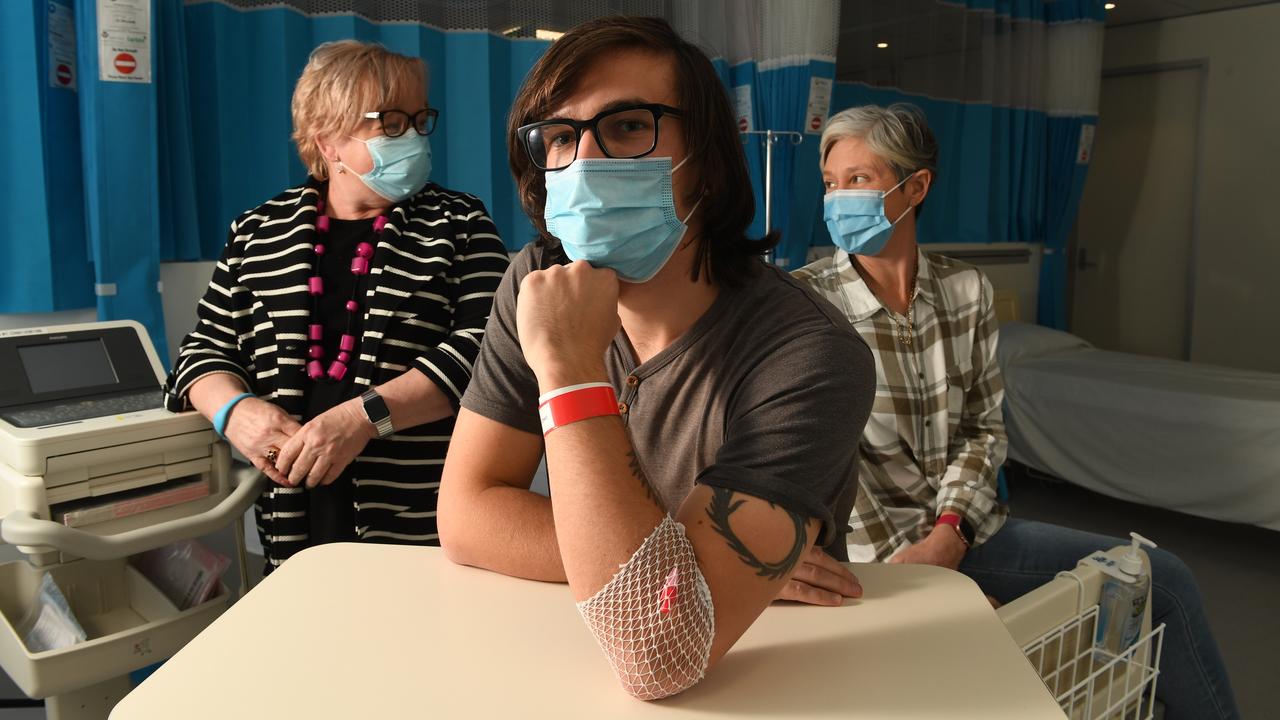 An unlikely industry is driving the once small medical tourism industry to new levels, as CMAX Adelaide headquarters which recently expanded to 66 beds is offering volunteers thousands of dollars for stays in their human trial phase of vaccines for treatment of diabetes, Parkinson’s disease, osteoarthritis, dementia, depression, rare genetic disorders, CMAX is offering;

It’s a cottage industry turbocharged by the pandemic – take drugs and get paid for it.

Up to $9500, in fact – and in some cases enjoy free board, make new friends and depart with an altruistic afterglow.

CMAX Clinical Research, which runs drug trials, has doubled its workforce since the pandemic to about 300.

It has recently taken over another two floors in its North Terrace headquarters and has more work than it can cope with as pharmaceutical firms in Europe, North America and Asia clamour for its expertise.

It’s keen for many more volunteers to come in and road-test drugs – and in some cases medical devices – to check for safety, side effects and eventually optimal dosage range.

These people are not “guinea pigs” but rather the next step up. The previous step was testing the drugs on animals after laboratory tests.

However, stringent safety protocols are in place. The tests on animals and in the laboratory are rigorously assessed by toxicologists and pharmacologists and trials must be approved by an ethics committee.

Nevertheless, the phase 1 trials are the first on humans.

CMAX currently has 37 evaluations on the go and may do up to 70 a year, with some trials requiring more than 100 volunteers and lasting up to three years. In an average month, they are looking for about 200 people.

Some stay for a month or more in the CMAX headquarters which recently expanded to 66 beds in a dedicated inpatient facility, while other volunteers may come in for a day or an hour.

The drugs being tested are usually new formulations although they may also be existing medicines being repurp­osed for a different use.

This is the first human-based test of drugs which may treat or one day even cure conditions such as diabetes, Parkinson’s disease, osteoarthritis, dementia, depression, rare genetic disorders. A potential Covid-19 vaccine is now on trial.

CMAX chief executive Jane Kelly says a trial will typically start with just two people – and only one will get the actual drug.

“The other will get a placebo,” she said.

“A lot of what we do is the first time in human tests. Many of these studies will start with a small group, maybe just two people at a very low dose under strict guidelines with one getting a placebo.

“We’re collecting safety data on effects such as if the person gets a headache.” Once the safety data is assessed, the trial will move on to a larger group – perhaps six to eight people – and also increase the dose level as the tests, including blood sample collections, try to find the optimal dose range. Then, if all goes well, it moves to much larger groups.

Adelaide – with its reputation for safety, stable government, skilled workforce and advanced medical facilities – is now firmly on their radar as a reliable place to conduct complex trials with the assurance they will be completed. Ms Kelly expects demand from overseas to continue long after the pandemic, particularly with the rise of digital and remote health technology.

“We can’t keep up with demand,” she said.

“We normally say to external companies we can do something three months out.

“Now we’re not taking bookings until the first quarter of next year because we have so many on our books.”

So who signs up as volunteers and what are their reasons? CMAX says key reasons to sign on include:

A FAMILY member who has an illness or family history of the condition in the drug being investigated;

TO gain patient-centred care from clinicians, and;

A “STAYCATION” with free food, Wi-Fi and streaming services. Mr Kelly said CMAX had some “frequent flyers” – people who had been doing trials for years.

“Reimbursement is a big drawcard,” she said.

“When Covid hit there was a spike of people who were suddenly out of work and looking for a new income stream.

“Payments are a key driver but so is research which is close to home – there’s often an emotive factor behind why participants sign up for clinical studies.

“Seeing a close friend or a family member suffering from a disease can highlight the need to access new treatments and medicines.

“The desire to advance medical research is another common motivation for individuals and this can make a real difference to the lives and health outcomes of others.”

Money is also a motivator, with trial participants able to earn thousands of dollars in the process.

AstraZeneca says its antibody therapy met the main goal of preventing Covid-19 disease in a late-stage study, putting the British drugmaker on track to potentially offer an alternative to vaccines for people with weakened immune systems.
“Taking part in clinical trials can provide participants with a form of income,” Ms Kelly said.

“Participants also can earn as much as $9500, depending on the study they take part in. Generally, participants can earn around $200-$400 a day.”

While there may be a stigma that it’s poor college students doing such trials for the money, Ms Kelly says the majority of volunteers were professional, highly educated people who understood the benefits of research.

“We want people to be proud of doing this sort of work,” she said.

“Virtually everything in a chemist has been through drug trials, and people would not have access to modern medicines if not for volunteers in such trials.

“Clinical trials are essential to ensure safety and efficacy of pharmaceutical treatments that improve human health and save lives.”

CMAX is usually after healthy people rather than those with the disease the drug is designed to treat, although there are exceptions.

“They don’t have to be the perfect human but they do need to be healthy, as we don’t want too many variables,” Ms Kelly said.

“You get a free health check – we actually had one woman’s mother come in very grateful because that health check picked up something she was not aware of.”

Only about one in 10 drugs being trialled ends up going to market. This may be because a pharmaceutical company is testing multiple compounds for the same disease and will pick the best of the bunch.